She became a style icon after her starring role on Veronica Mars.

And Kristen Bell proved worthy of the title as she was spotted out in a fashion-forward ensemble in Los Angeles on Tuesday.

The 38-year-old stunning actress draped her famous figure in a form-fitting light blue tank top and matching leggings as she left an intense session at the gym. 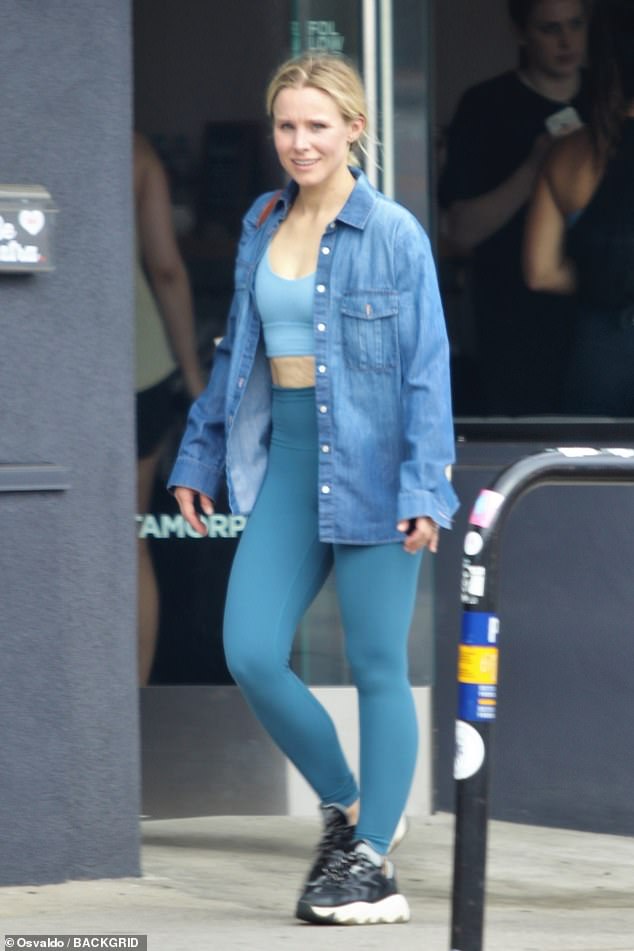 Stunner: Kristen Bell, 38, was spotted out in Los Angeles on Tuesday

Not pictured was Kristen's handsome husband Dax Shepard. The couple tied the knot back in 2013.

Meanwhile, the new trailer for Frozen 2 was released earlier this month and Kristen reprises her role as Anna.

And the highly-anticipated sequel to Disney's animated hit proves the adventures have just started for Elsa (voiced by Idina Menzel) and Anna. 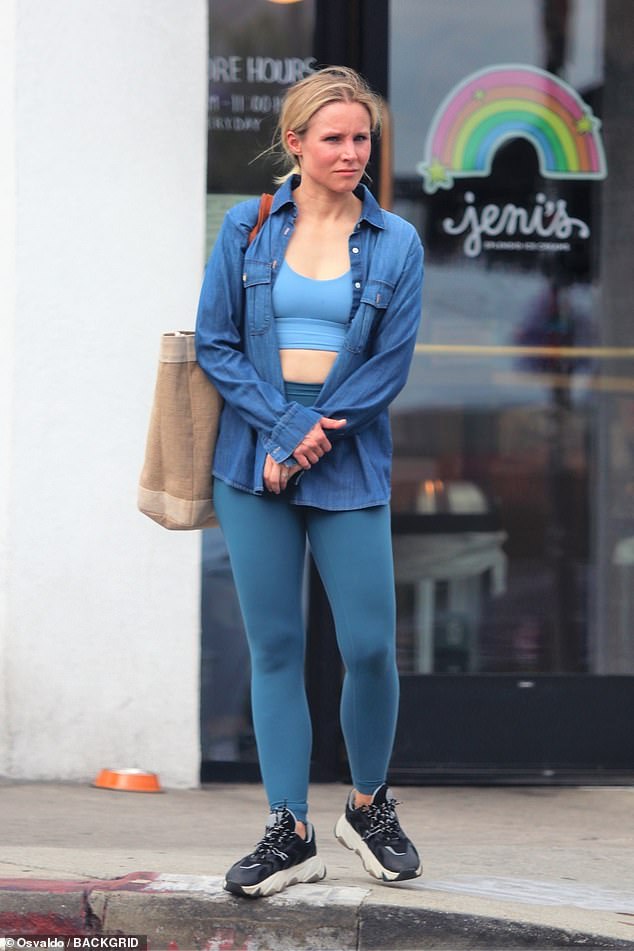