They're set to celebrate their nine-year wedding anniversary later this month.

And Charlie Brooker enjoyed a fun family outing with his wife Konnie Huq, and their two children Covey, seven, and Huxley, five, to watch Miley Cyrus perform at Glastonbury on Sunday.

The Black Mirror showrunner, 48, and the presenter, 43, seemed to be enthralled by the 26-year-old pop star, as she put on an entertaining show at the music festival. 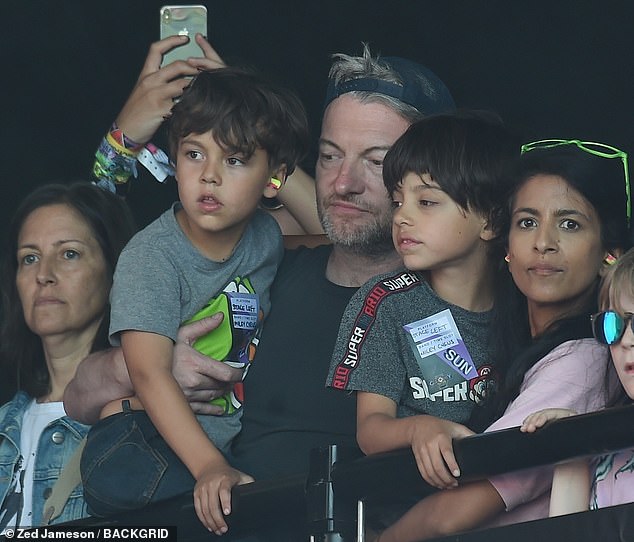 Charlie looked casually chic in an all-black ensemble which saw him team a dark T-Shirt with a baseball cap.

While Konnie went for an ensemble with a pop of colour, as she wore a pink top and kept her raven tresses back with a pair of bright green sunglasses.

The couple were doting parents to their little ones, as Konnie held Covey in her arms while Huxley enjoyed a piggyback ride from Charlie.

Miley put on quite the show at Glastonbury, and even performed as her Black Mirror character Ashley O during