By Becky Waldren For Mailonline

Chantel Jeffries enjoyed a brief fling with Justin Bieber, while Cindy Kimberley was plucked from obscurity after the singer posted her as his Instagram crush.

And the stunning models joined forces on Sunday as they flaunted their incredible physiques while heading to the Machine Gun Kelly concert in Los Angeles.

American DJ Chantel, 26, showed off her toned abs in a cropped white T-shirt with the words 'Eat Me', teaming it with a red teddy bear jacket. 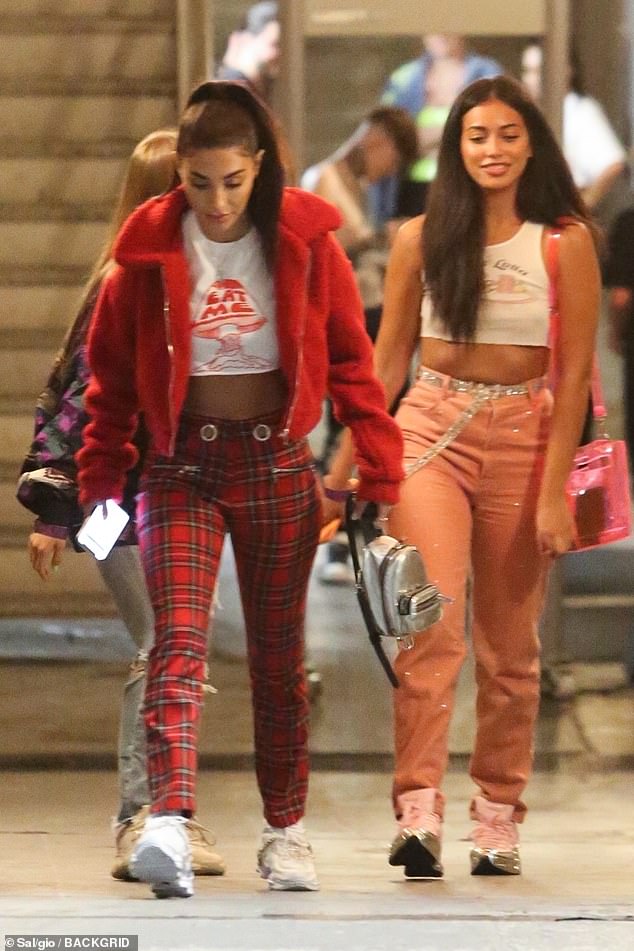 The stunning brunette teamed the racy ensemble with red tartan trousers and Comme Des Garcons trainers for the concert.

Opting for a bronzed full glam look, Chantel scraped her hair back into a high ponytail.

Chantel was joined by her close pal Cindy, who cut a stylish figure in a white crop top, pink jeans and pink trainers.

Earlier in the day, the pair had filmed themselves working out together with some other friends at a local gym. 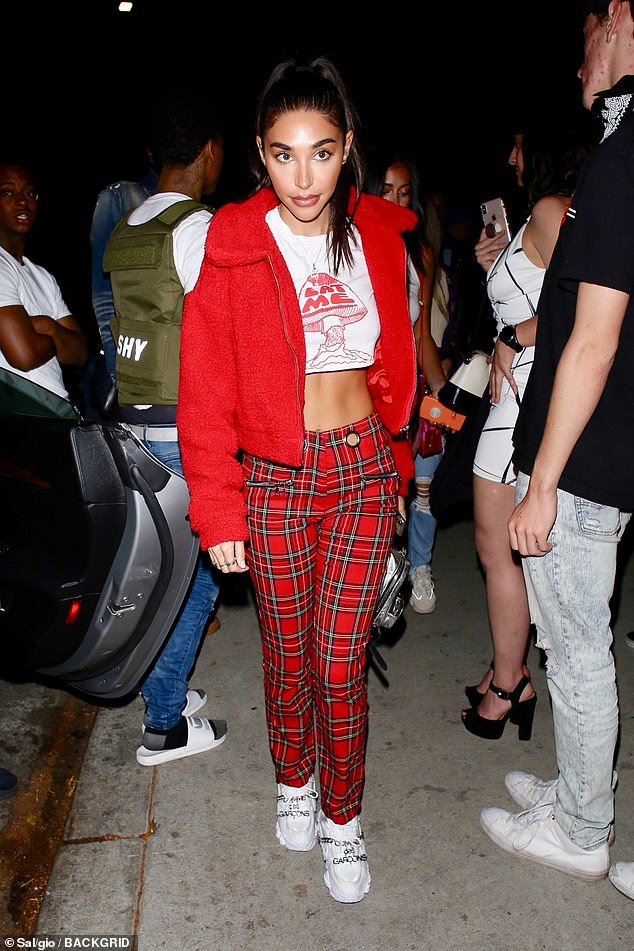 Time to relax: American DJ Chantel wore an 'Eat Me' cropped T-shirt which showed off her toned midriff

All red: The 26-year-old DJ showed off her toned abs for the outing as she rocked a cropped white T-shirt, red tartan trousers, a red teddy bear jacket and white trainers

In the clip, Chantel and Cindy can be seen participating in a variety of exercises, before heading home to get ready for their evening at the concert.

Chantel showed off her gym honed figure as she posed in the mirror with a pair of latex red trousers on, which she captioned: 'Lmao should I wear jeans instead.'