The No Tears Left To Cry songstress has appeared to withdraw her public show of support for her manager after Taylor Swift complained she felt 'grossed out' knowing the music mogul.

Swift has accused Braun of 'bullying' her, and he now owns her master records after his takeover. 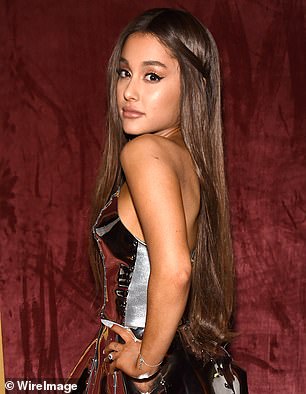 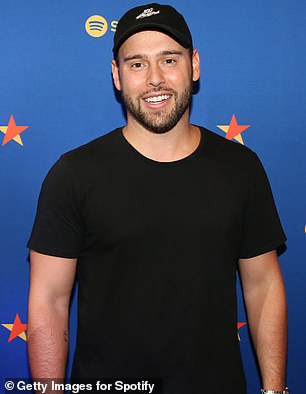 Does she or doesn't she? Fans are left wondering which side Ariana Grande is taking after she deleted an Instagram post congratulating Scooter Braun on his Big Machine Records acquisition

Moreover, Swift claimed she never got a chance to buy them herself.

Selena's mom Mandy Teefey has spoken out to defend the ME! hitmaker and praised her for 'speaking out' about the deal. 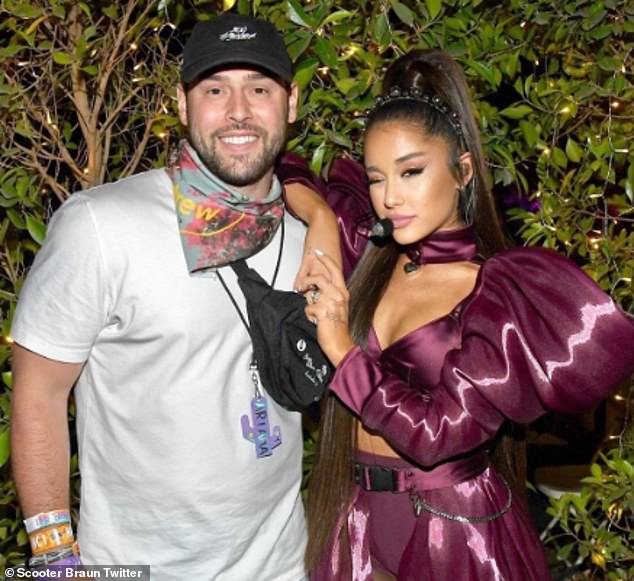 Partnership: Braun is Grande's manager, and fans aren't sure whether she'll support him as Taylor Swift publicly denounces his actions 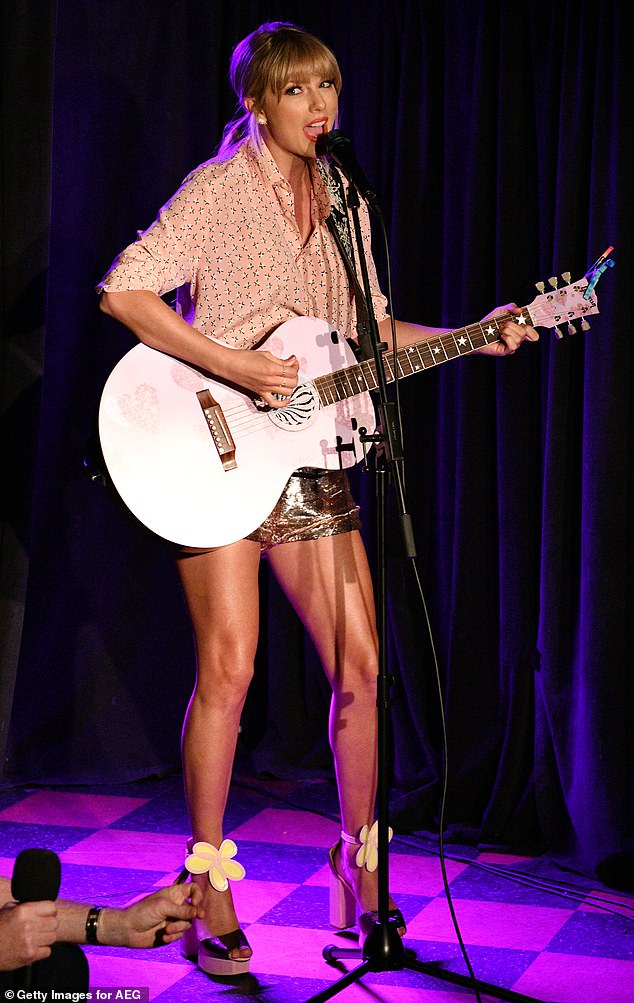 Accuser: Swift (pictured in NYC on June 14)  has accused Braun of 'bullying' her - and ironically enough, he now owns her master records after his takeover 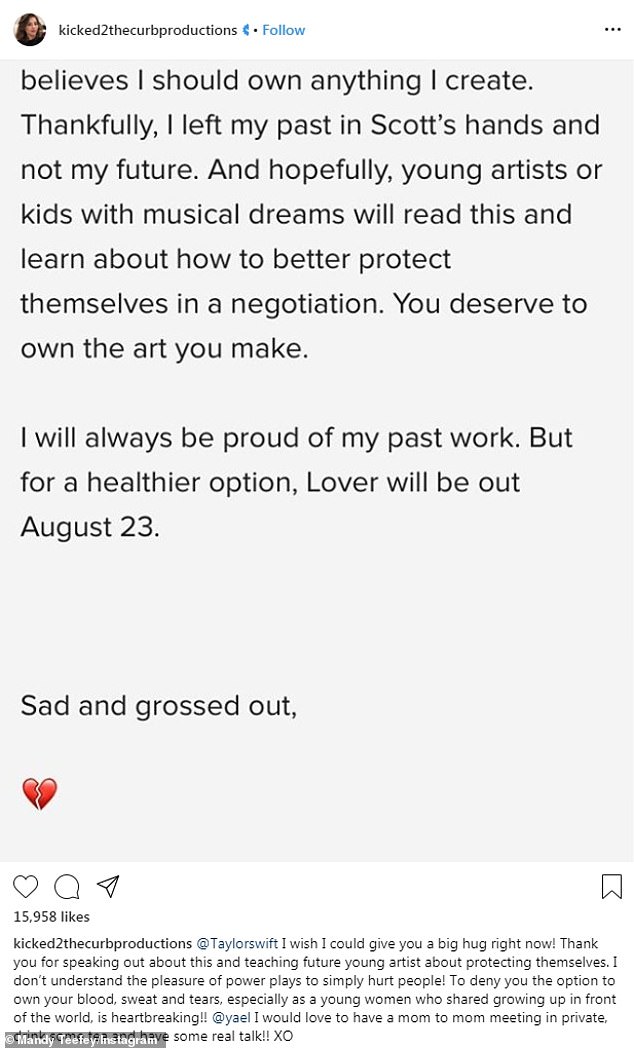 Support: Selena Gomez's mom Mandy Teefey (@kicked2thecurbproductions) has also spoken out to defend the ME! hitmaker and praised her for 'speaking out' about the deal

She shared part of Taylor's Tumblr post on Instagram and wrote: 'I wish I could give you a big hug right now! Thank you for speaking out about this and teaching future young artist about protecting themselves. I don't understand the pleasure of power plays to simply hurt people!

'To deny you the option to own your blood, sweat and tears, especially as a young woman who shared growing up in front of the world, is heartbreaking!!'

Scooter's wife, Yael Cohen, called out the 29-year-old pop star and insisted Taylor knew about the deal before it was made public. 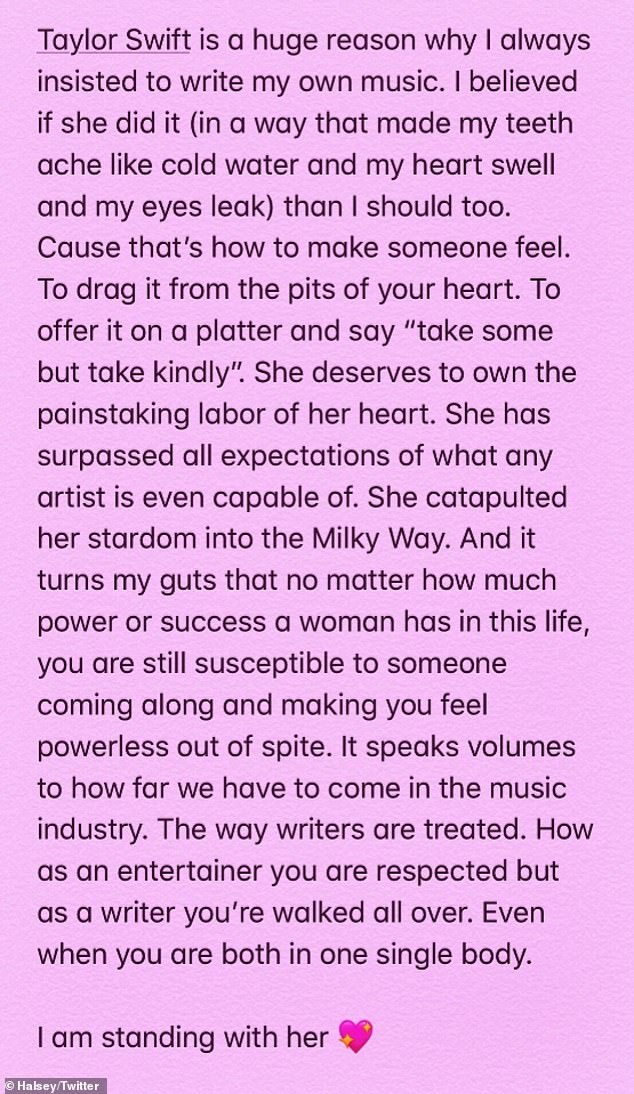