The disappearing bikini! Tammy Hembrow's swimwear keeps getting smaller as she wears another 'invisible' pink two-piece on holiday in Bali

Tammy Hembrow is kickstarting a new trend: the 'invisible' bikini.

For the second time in a less than a week, the 25-year-old Instagram model has worn a skimpy two-piece featuring clear straps.

The unique design makes the bikini panels appear 'stuck on' and provides minimal coverage, which is perfect for tanning. 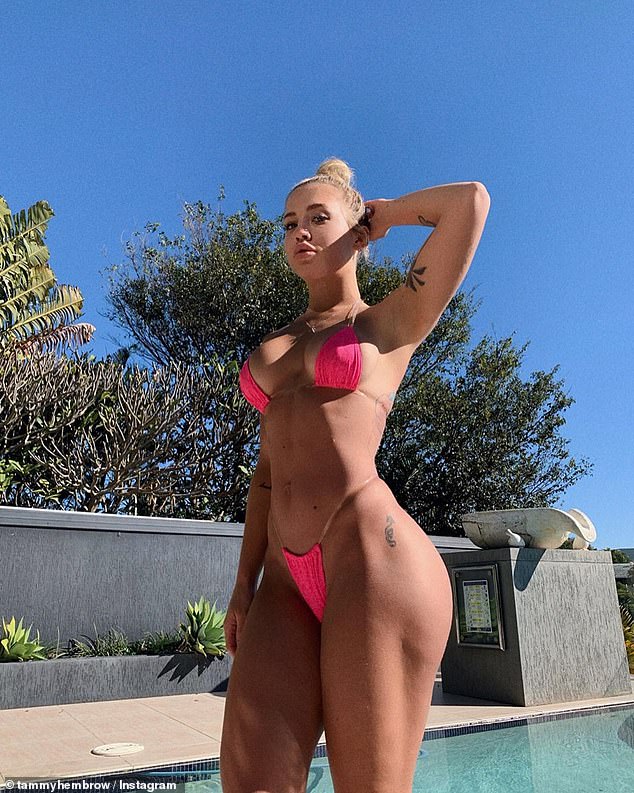 The 'invisible' bikini! For the second time in a less than a week, Instagram model Tammy Hembrow (pictured on Thursday) has worn a skimpy two-piece featuring clear straps

Taking to Instagram on Thursday, Tammy shared a photo of herself poolside in Bali wearing a pink bikini with see-through straps.

The bikini was quite similar to a white G-string design she wore five days ago, which many fans described as being 'invisible'. 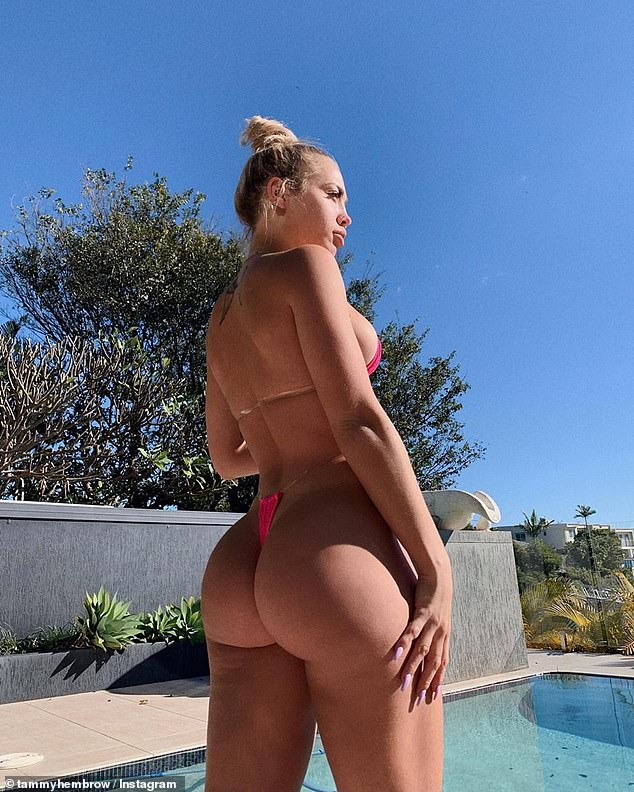 Exposed: The see-through straps make the bikini panels appear 'stuck on' and provide minimal coverage, which is perfect for tanning

The mother-of-two explained that she trains three to five days a week and prefers a combination of HIIT, weights and cardio.

She also emphasised the