TLC's Rozonda 'Chilli' Thomas has lost her voice, leading the group to cancel shows in Sacramento and Turlock, California this week.

Chilli, 48, took to Twitter Sunday breaking the news to her fans that the performance would not happen, as she sought to rest up and regain her voice.

The group behind hits such as No Scrubs, Waterfalls and What About Your Friends were slated to play at the California State Fair in Sacramento on Sunday and at the Stanislaus State Fair in Turlock on Tuesday. 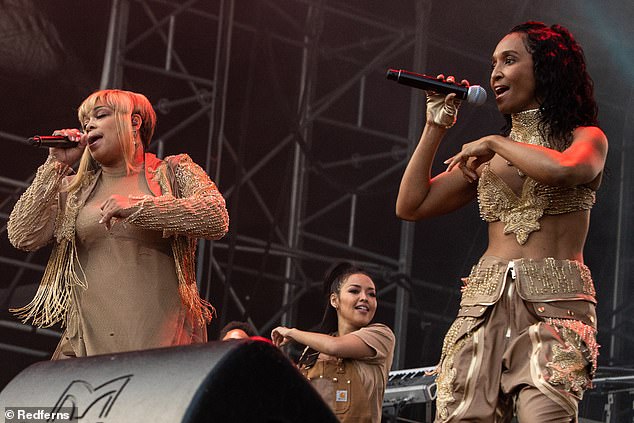 The latest: TLC's Rozonda 'Chilli' Thomas, 48, has lost her voice, leading the group to cancel shows in Sacramento and Turlock, California this week. The pair was snapped in London last month

'It breaks my heart to tell our fans that we have to cancel our performance tonight at Sacramento because I lost my voice and my [doctor] has me on strict voice rest,' the stunning Atlanta native wrote. 'We want the fans at Sacramento to know we love them and thank them for their support.'

Chilli followed up Monday saying she was 'STILL on voice rest' and 'getting better but not at [100 percent] just yet.'

The vocalist continued, 'Sadly we will miss seeing the fans in