Kendall Jenner is currently locked in a bitter feud with a Melbourne mother.

Following the model's split from Australian-born NBA star Ben Simmons in May, Ben's sister Liv Simmons has now unleashed her fury from the other side of the world. 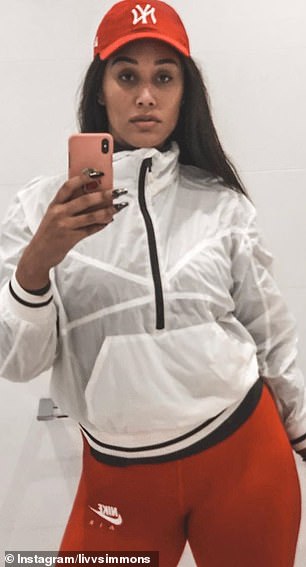 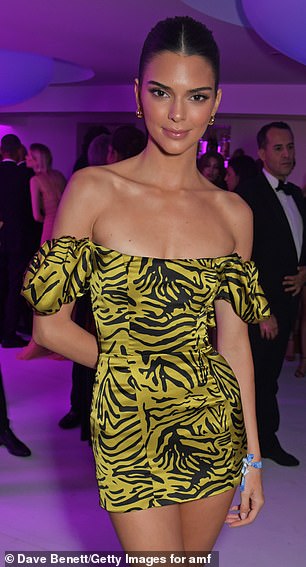 Rivalry: Melbourne mother Liv Simmons (left) is locked in a bitter feud with Kendall Jenner (right) after the reality star split from her brother, NBA star Ben Simmons, in May

Their feud started after Kendall, 23, responded on Tuesday to a meme linking her to five different NBA players, including her most recent ex, Ben.

Hitting back, Kendall tweeted, '2 out of 5 accurate, thanks'.

Liv, who recently moved to Melbourne after a period living in America, also responded to the meme.

'I just wouldn't ever wanna be known for dating athletes. Like imagine working your way through a league,' she wrote.

'Two out of five accurate, thanks': Their feud started after Kendall responded on Tuesday to a meme linking her to five different NBA players, including her most recent ex, Ben 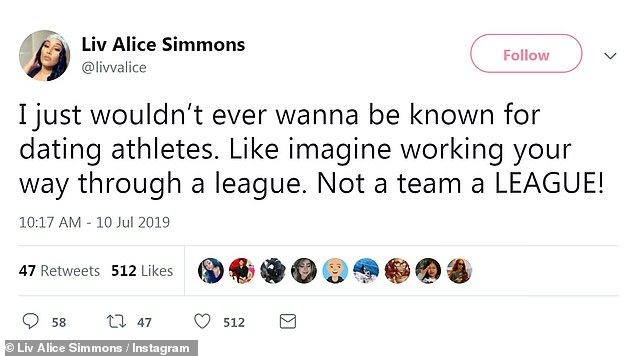 'Imagine working your way through a league': Without mentioning Kendall by name, Liv threw serious shade at her on Twitter for her habit of 'dating athletes'

Moments later, Liv tweeted again: 'I'd rather be crazy than be a h**'.

While Liv didn't mention Kendall by name in her Twitter posts, fans of the Keeping Up with the Kardashians star realised who she was talking about.

As thousands of people tweeted abuse at her, Liv hit back with: 'I didn't say any names but if the shoes fits WEAR it'. 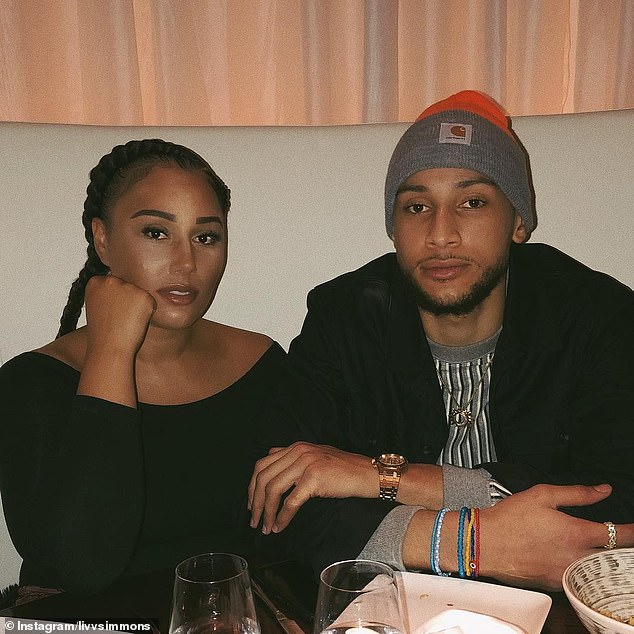 'Rather be crazy than be a h**': Liv then shared more tweets seemingly directed at Kendall, prompting a backlash from the model's fans. Pictured: Liv and Ben Simmons in 2018 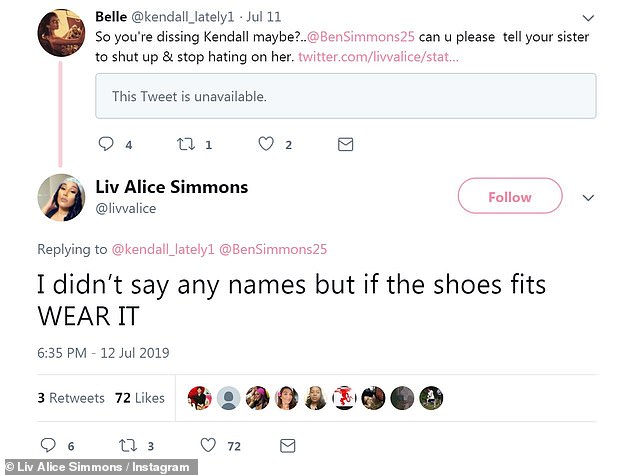 Attitude: As thousands of KUWTK fans tweeted abuse at her, Liv