Standing at 7"1', there really is no missing Shaquille O'Neal.

The basketball player stole the show at the music festival Tomorrowland in Belgium, where he hilariously towered over concert attendees while taking in the electronic show.

In video posted Friday by Kill The Noise, the athlete, 47, banged his head as the beat dropped, before he was swarmed by fans who created a mosh pit around him. 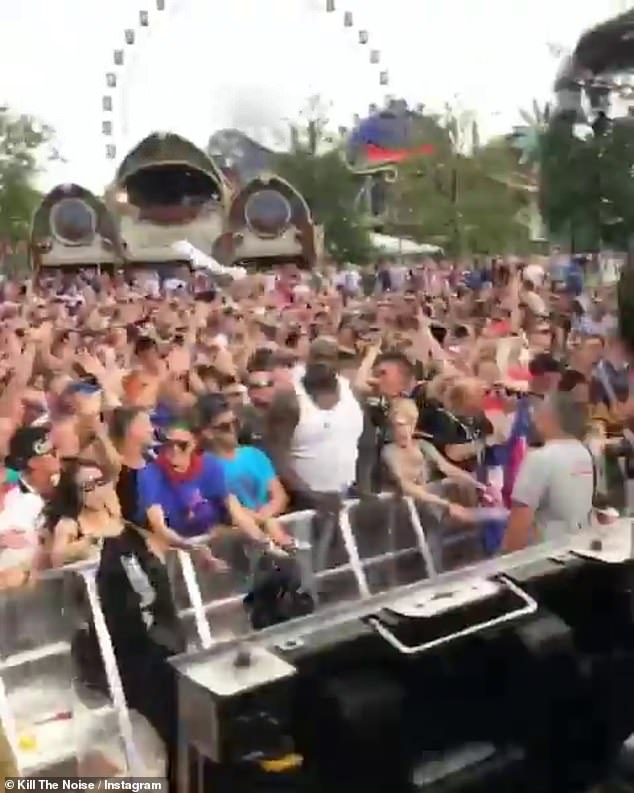 Kazaam! Shaquille O'Neal stole the show at Tomorrowland in Belgium on Friday, where he hilariously towered over concert attendees while taking in the electronic music

Grooving and smiling as the festival attendees danced circles around him, Shaq was loving the attention.

The video was posted by the Kill The Noise, as the show was documented backstage.

Shaq was having the time of his life, and even threw the water from his bottle into the crowd.

No one could quite believe Shaq aka DJ Diesel was among them, and elated fans took video and photo of him as he danced in the bustling crowd. 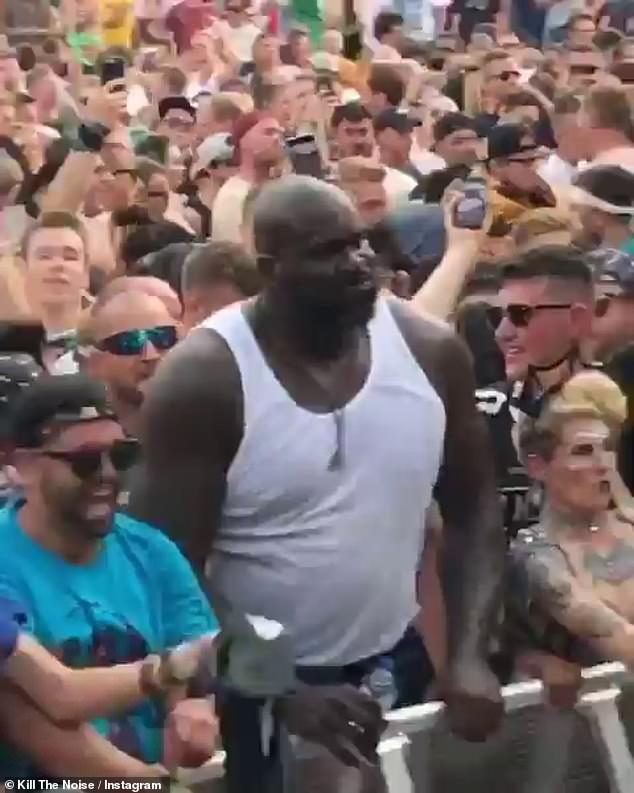 Standing tall: There was no missing the former Lakers player