'I have no confidence sometimes!' MasterChef's Nicole breaks down in tears over her overcooked salmon... as she is eliminated before making it to the semi-finals

MasterChef's Nicole Scott was eliminated from the competition on Sunday night.

The 24-year-old certainly let the nerves get to her, early on in the episode, when she broke down after overcooking her salmon.

'I just feel like I just have no confidence sometimes!,' she told the judges.

After presenting her overcooked crispy salmon with noodles and curry sauce, Nicole broke down in tears.

'Having overcooked salmon in this stage in the competition, it's just not going to fly. God,' the HR associated said in between tears.

For the second part of the challenge, Nicole tried to redeem herself with a fig and passionfruit sorbet dessert.

Judges George Calombaris, Matt Preston and Gary Mehigan were impressed with the flavour combination but felt the parfait was 'a little raw'. 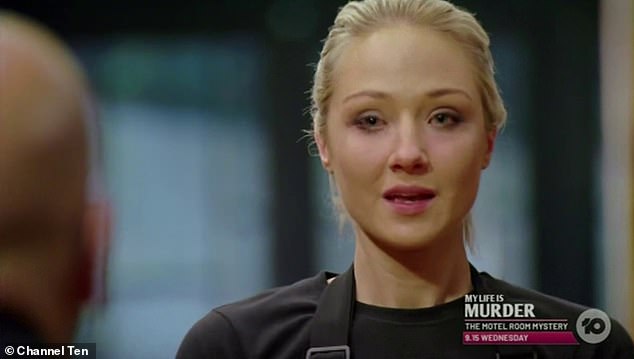 'I have no confidence sometimes!'

PREV Kelly Monaco is temporarily replaced on General Hospital after suffering ...
NEXT Emily Ratajkowski highlights her trim figure and toned legs in a mini skirt in ...