By Brian Gallagher For Dailymail.com

The 47-year-old actress took to Instagram on Wednesday afternoon to share a photo of her with all her Modern family cast mates before the first table read for the final season.

Vergara was seen hugging her on-screen son Rico Rodriguez in the snap, while also sharing another photo to celebrate Rodriguez's 21st birthday today. 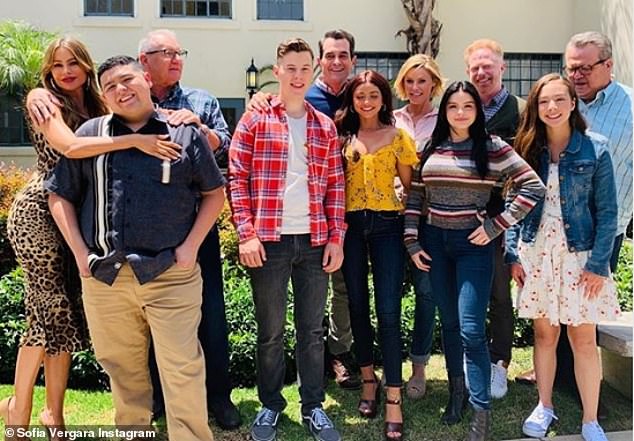 'We r back for the last season!! first table read of season 11!!! I ❤️U My Modern Family!!!' Vergara said on her Instagram post.

Vergara was clad in a form-fitting leopard print dress in the picture, with gold hoop earrings and platform heels in the snap. 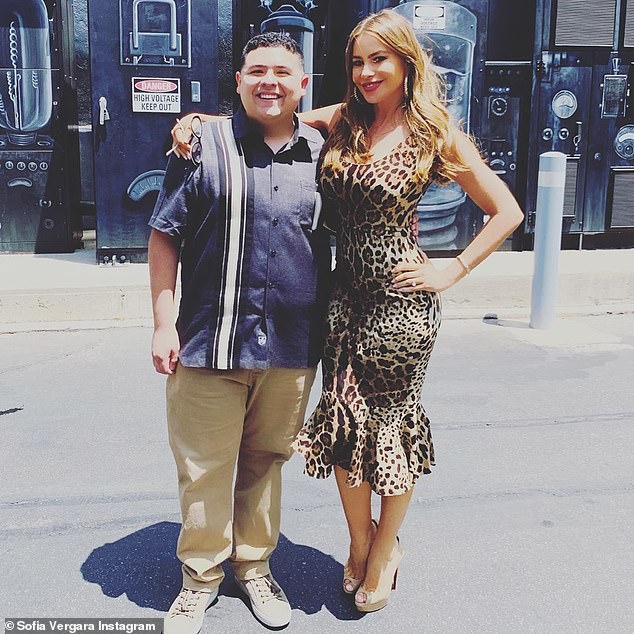 Sofia and Rico: She also shared a separate snap of just her with Rodriguez, who was wearing a blue button-down short-sleeved shirt, khaki pants and brown shoes