The Bachelor's Kristen Czyszek was accused of being a 'spy' for China during the show's premiere on Wednesday night.

And while Channel 10 has made light of her links to the country - for example, by playing traditional Oriental music when she was on screen - it appears there may be some truth to the conspiracy theory.

Daily Mail Australia can exclusively reveal that Kristen, 24, was previously employed by a company dedicated 'enhancing trade and tourism' between China and Australia. 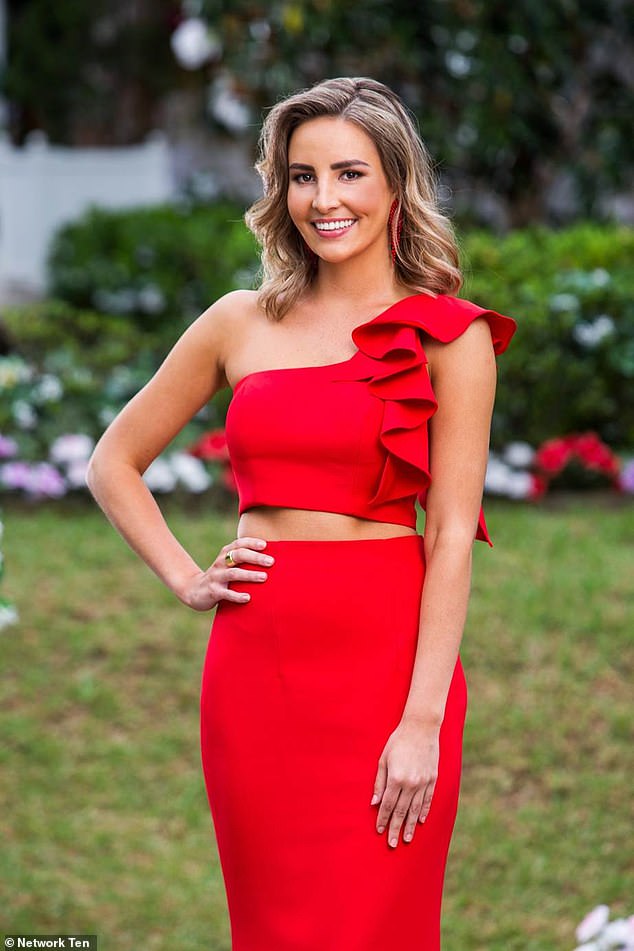 The Bachelor's 'Chinese connection': Daily Mail Australia can reveal the chilling evidence that Kristen Czyszek (pictured) is a 'foreign spy'

On the show, Kristen's profession is described as a 'China researcher' and she mentioned the country no less than ten times during Wednesday's episode.

But in reality, she worked as a 'communications associate' for AustCham in Beijing as recently as 2018.

The company describes its goal as 'the advancement of the broader Australia-China business relationship through the effective representation of its 250 members.'

AustCham's 'members' include Tourism Australia and the Australian Government. 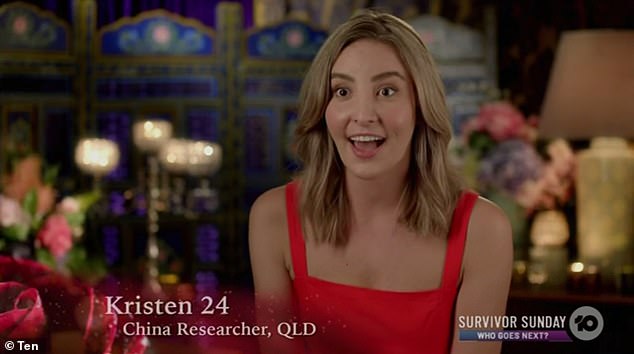 What does that even mean? On the show, Kristen's profession is simply described as a 'China researcher' - with her mentioning the country ten times during Wednesday's episode

Businesswoman: But in reality, according to one online business database, Kristen, 24, worked as a 'communications associate' for AustCham in Beijing as recent as 2018

Uniting countries: The company describe their goal as 'the advancement of the broader Australia-China business relationship' - with 'members' including Tourism Australia

Kristen's time spent in Beijing is shrouded in mystery.

Her Instagram page was created solely for the show. She also doesn't follow any friends or family, and has no photos of herself that aren't related to The Bachelor.

Although most social media is blocked in China, she has been back in Australia for much of this year, which makes her social media blackout all the more confusing.

Interestingly, she has chosen to caption her Bachelor-related Instagram posts in English and Mandarin, which suggests she is trying to build a Chinese fanbase 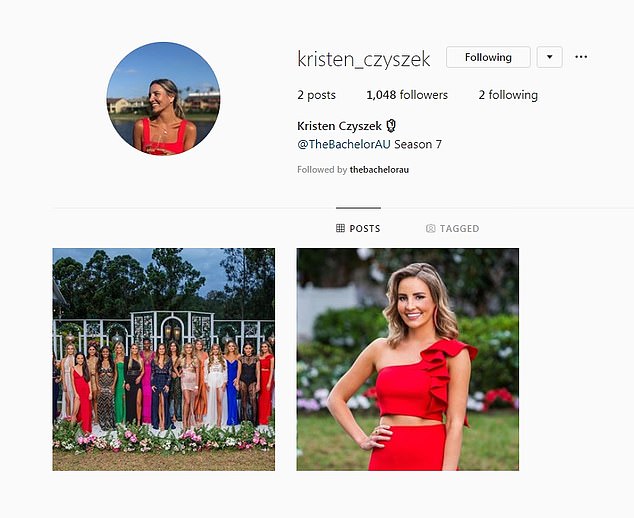 Ghost: Interestingly, Kristen, who splits her time between China and Australia, is a ghost on social

PREV Fears over the 'Strictly curse' force TV bosses to scrap plans for isolating ...
NEXT Emily Ratajkowski highlights her trim figure and toned legs in a mini skirt in ...