After nearly a decade of false starts in development, Bill Preston and Ted Logan are back for the third installment in the popular franchise dubbed: Bill & Ted Face The Music.

And the two stars, Keanu Reeves and Alex Winter, are currently shooting on location in New Orleans.

Although Reeves was absent, Winter was spotted on the set on Wednesday during the filming of a scene that showcased some of the most famous musicians of all-time. 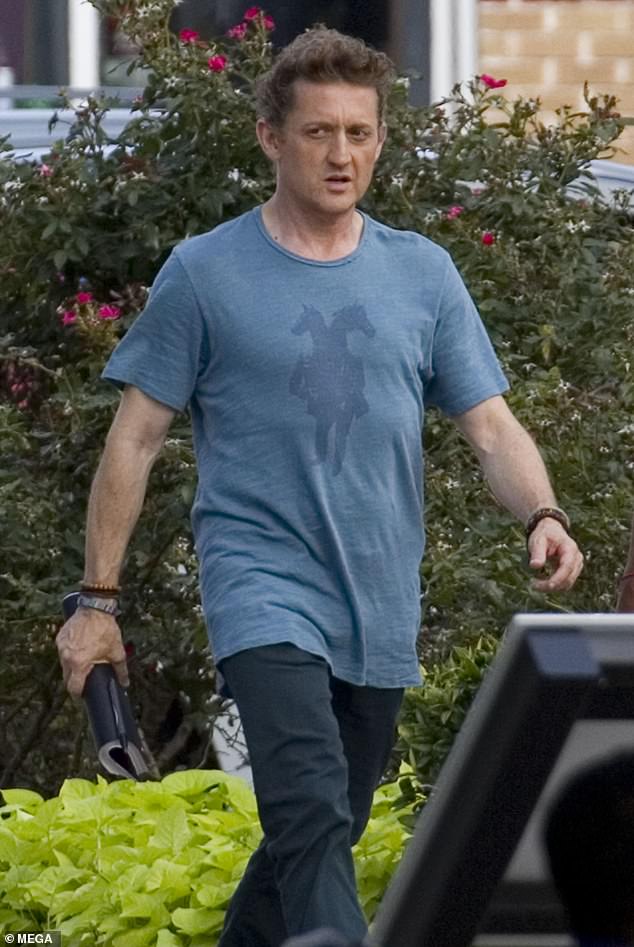 Behind-the-scenes: Alex Winter, 54, was spotted on the set of Bill & Ted Face The Music in New Orleans on Wednesday 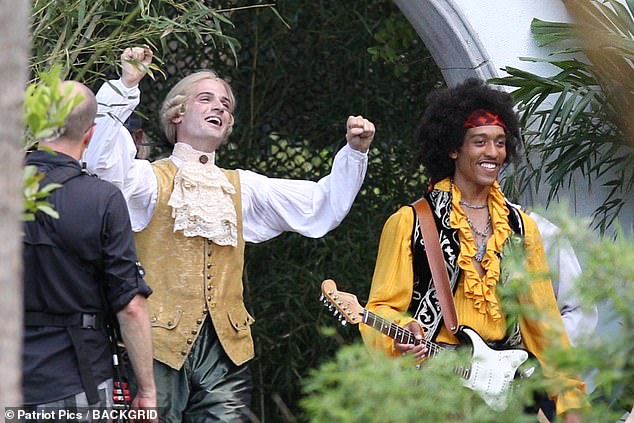 Jam time: While Winter was getting ready behind the camera, director Dean Parisot was working on the musical masters scene; pictured are Mozart (Daniel Dorr) and Jimi Hendrix (Dezmann Still)

Now 54, Winter was in casual-mode dressed in black jeans and a blue t-shirt as he walked with what appeared to be a script in his right hand.

While he was getting ready behind-the-scenes, director Dean Parisot was working on the scene of musical masters.

Getting game ready: Winter looked to be in serious work mode as he walked through the location set with a