She rose to worldwide prominence for her supporting roles in blockbuster films Widow and Peter Rabbit.

And Elizabeth Debicki maintained her busy work schedule as she was pictured filming her first scenes for upcoming spy thriller Tenet with co-star John David Washington on Italy's Amalfi Coast on Wednesday afternoon.

The Guardians of the Galaxy Vol. 2 star, 28, sported a chic midi dress, before slipping into a cropped wetsuit as filming got underway for the hotly-anticipated movie, set for release in July 2020. 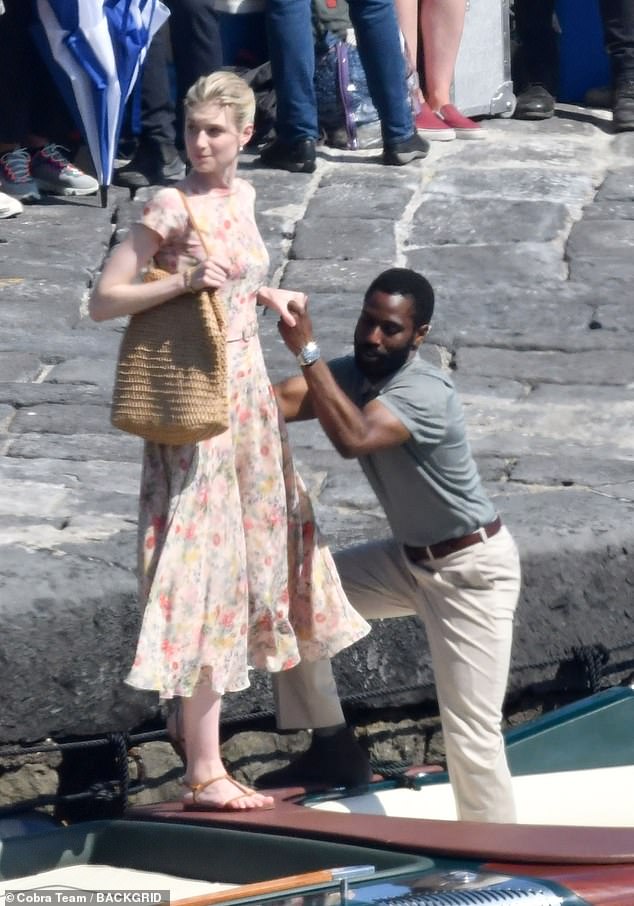 Showcasing her character's flair for fashion, the Australian actress stunned in a floral print frock as she giggled with her co-stars in between scenes.

The blonde Beauty later teased her high-octance performance as she donned a dark green one-piece with a padded tactical vest.

Tenet has been described as 'an action epic evolving from the world of international espionage' by Variety. 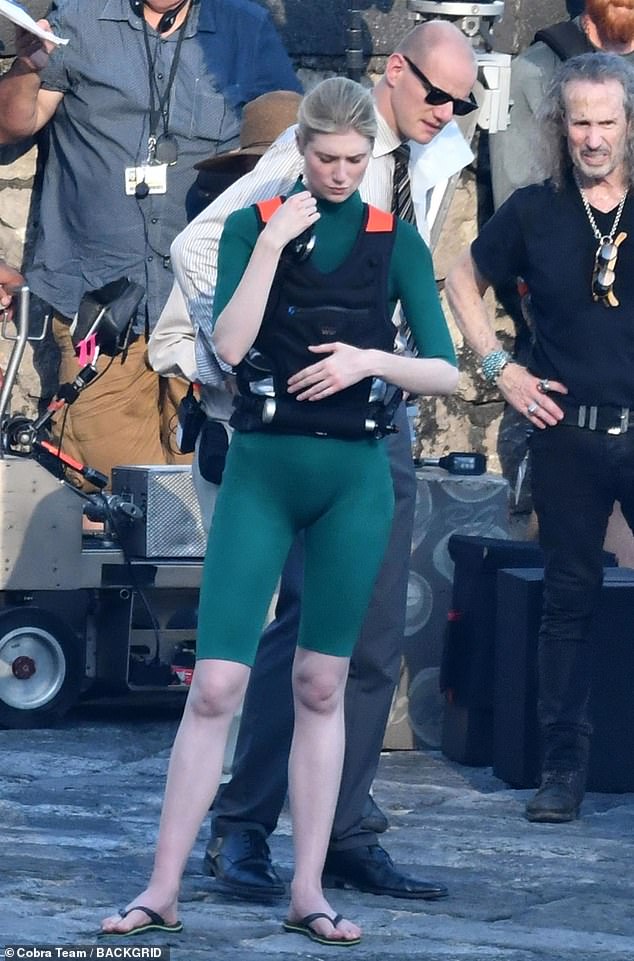 Different look: The Guardians of the Galaxy Vol. 2 star, 28, sported a chic