Eva Longoria stands behind her Desperate Housewives costar Felicity Huffman during college admissions scandal: 'She has a heart that is bigger than the sun'

Eva Longoria is standing by her friend during this difficult time.

The Desperate Housewive's star spoke about her costar Felicity Huffman's high-profile college admissions scandal and says she is handing the situation 'the best way possible.'

During an interview with ET, Longoria said, 'I think she has a heart that is bigger than the sun and that's the Felicity I know and that's the woman I choose to support and love.' 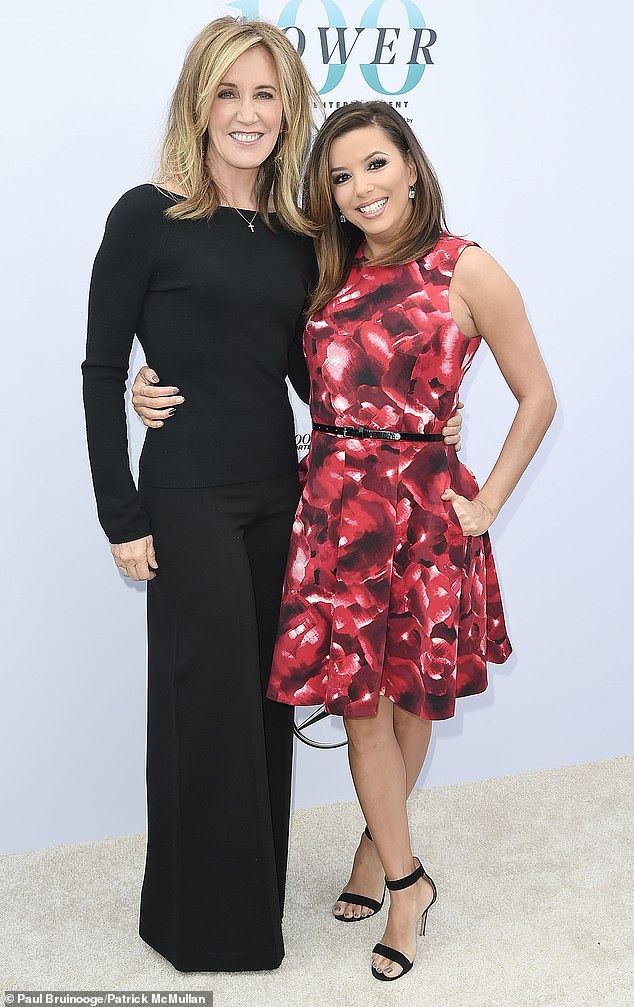 Good friend: Eva Longoria is sticking by her former costar Felicity Huffman as she continues to get mass amounts of publicity for the high profile college admissions scandal. The two are photographed above at The Hollywood Reporter's Women in Entertainment Breakfast in December 2016

The 44-year-old added, 'She was humbled by what happened and I think she did handle it with as much grace as she could in that situation.'

Huffman pleaded guilty when she appeared in court in May and her sentencing is to take place on September 13.

The mother of two allegedly paid $15,000 to help get her oldest daughter Sofia into college by reportedly cheating on the SATs in which a proctor corrected her answers to gain her a better score. 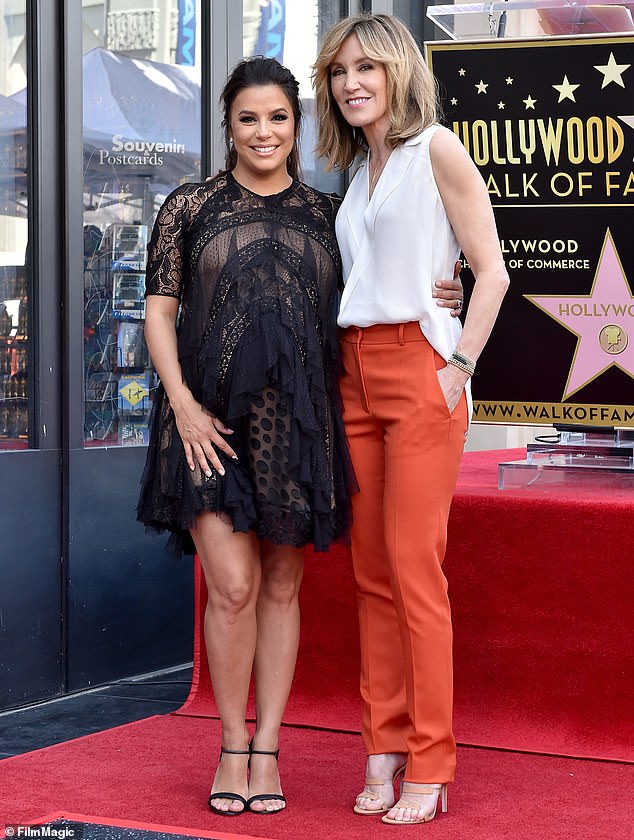 Supporting each other: The two friends pose for photos as Eva is honored with a

PREV Michael 'Wippa' Wipfli reveals wife Lisa asked him to move after he posted a ...
NEXT Emily Ratajkowski highlights her trim figure and toned legs in a mini skirt in ...