By Caroline Feraday For Dailymail.com

They've been enjoying a romantic vacation in Italy.

And Mark Wahlberg celebrated a huge milestone in his marriage to Rhea Durham on Wednesday.

The 48-year-old actor paid tribute to his beautiful wife on their tenth anniversary in an adorable Instagram post. 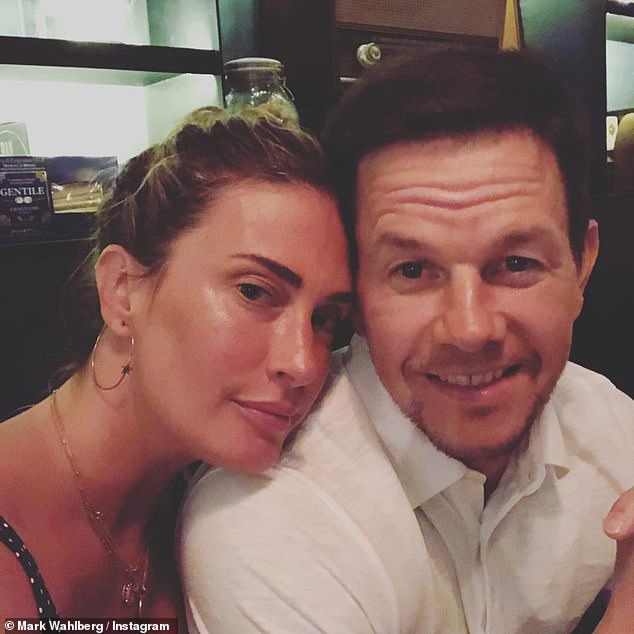 10 years baby! Mark Wahlberg celebrated a huge milestone in his marriage to Rhea Durham on Wednesday

'Happy 10 year anniversary baby❤️❤️,' he wrote on a picture of the loved-up couple.

Rhea is seen resting her head on her husband's shoulder while enjoying a date night.

The stunning lovebirds - who married on August 1, 2009 in a private religious ceremony in Beverly Hills - have been making the most of their trip to Sardinia to keep the romance alive.

They've been sharing the break with their four children together: Ella, 15, Michael, 13, Brendan, 10, and Grace, nine. 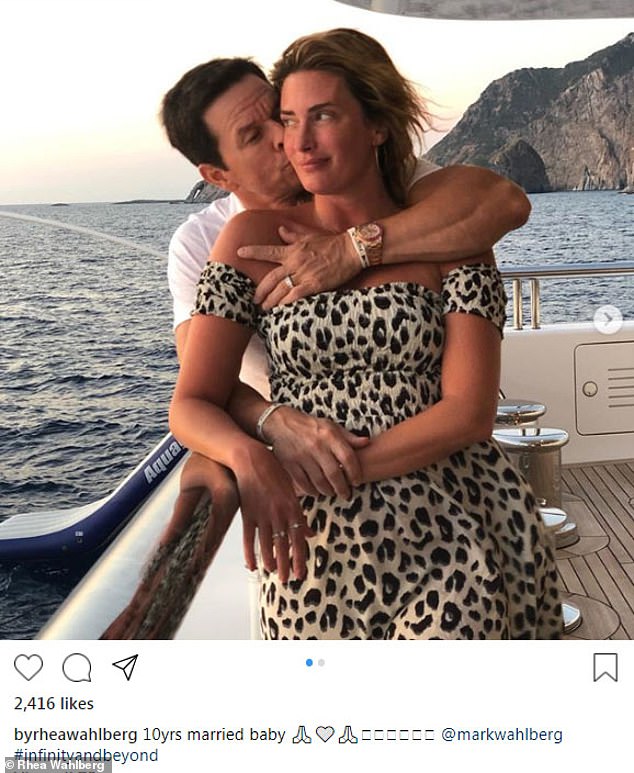 Seaside getaway: Rhea, 41, shared a sweet set of photos last Friday of her and her husband as they embraced on a yacht off the coast of Italy for their 10th anniversary 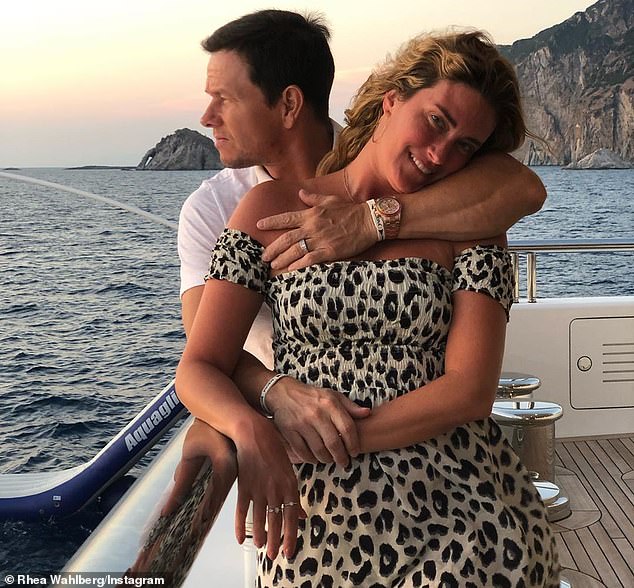