Anyone who turned on EastEnders expecting Phil Mitchell to be dead clearly didn’t know him, or it, very well.

It may have looked that way at the end of the previous episode but was really never likely – or possible.

It had been a Tuesday night for one thing. Not even a special anniversary let alone Easter, Christmas, or New Year: never going to happen for that reason alone. 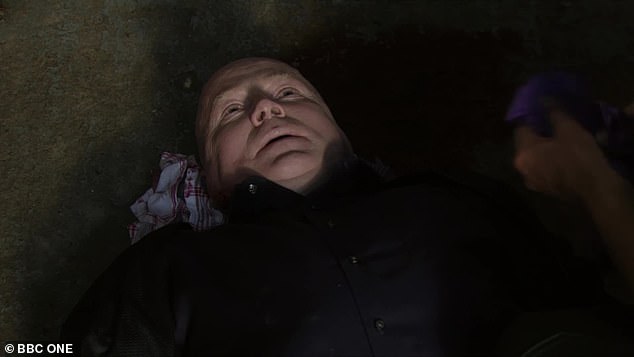 Nine lives? Anyone who turned on EastEnders expecting Phil Mitchell to be dead clearly didn’t know him, or it, very well

And Phil hadn’t found out that he wasn’t the father of Sharon’s baby yet, or that Keanu was. (Basically the whole point of the storyline.)

Plus, it had been Stacey Slater who’d smashed Phil over the bonce with a wrench, knocking him unconscious, knocking him straight into the vehicle inspection pit at The Arches.

Stace’ may have done for Archie Mitchell, but Phil Mitchell surely wasn’t going to go out like that.

Serious gangsters/geezers like Carl White, Steve Owen, Dan Sullivan, Aidan Maguire, and Phil’s own bruvver Grant (several times) had tried to off Phil and he was still standing. And that was without Sharon’s rolling pin (and other weapons of mass destruction).

So the chances of Stacey being the one to kill him were slim to non-existent.

In fact, it’s beginning to look quite possible no one is – that Phil is actually indestructible: Walford’s very own version of The Thing. 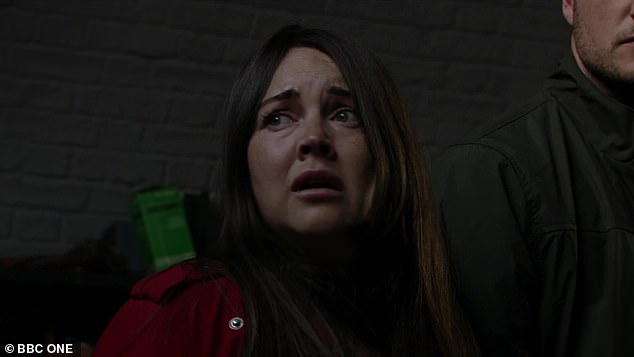 Violent! It had been Stacey Slater who’d smashed Phil over the bonce with a wrench, knocking him unconscious, knocking him straight into the vehicle inspection pit at The Arches

He’s certainly already had more lives than a black cat and a Marvel superhero put together.

Phil’s cheated death so many times during his 29 years in Albert Square it’s hard to keep count: FOURTEEN at least.

The first back in 1994 was a blood clot on the brain (after a fight with Grant – the climax of the legendary ‘SharonGate’ plot).

The latest had been as recently as April 2019 (when Ben hit him over the head with a brick).

In between he had been shot twice, been involved in four near-fatal car-crashes, strangled (with a rope), abducted, survived a fire and gas explosion. 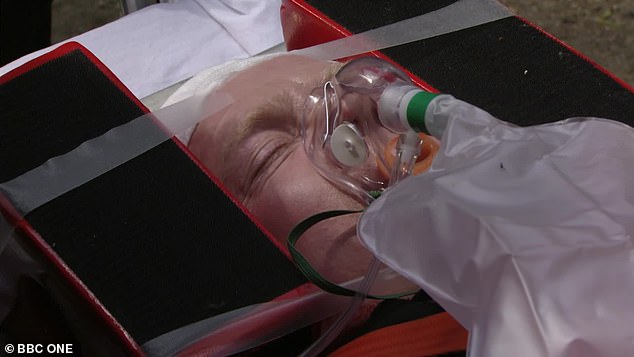 Unaware! Phil hadn’t found out that he wasn’t the father of Sharon’s baby yet, or that Keanu was

He’d been on life support or had emergency surgery for a ruptured spleen, cirrhosis, and an ‘art attack.

It wasn’t even the first time Phil had been left for dead in the inspection pit at the Arches’ – only six years in fact since he’d been laid out by a punch from Jack Branning.

Then he’d staggered up, out, and into the Queen Vic (where else?) but not on this occasion.

The solution to Tuesday’s latest game of Cluedo: the Walford edition had been: Stacey Slater, in The Arches, with a spanner (a big one). The way she whacked Phil, no wonder Martin went pale.

The way the blood oozed from the back of his head would indicate the victim was definitely dead In ANY cop show, but not EastEnders. 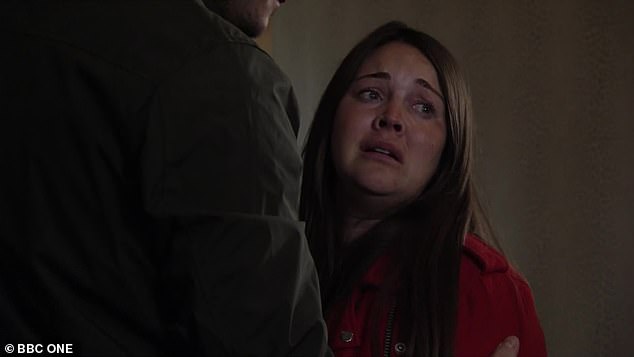 The drama after the attack adhered to the soap’s particular (peculiar) rules too.

1) Stacey, Kat, and Martin just stood there, staring down into the pit at Phil’s body/bleeding head, failing to do the obvious thing: call for an ambulance.

2) Then the character they least wanted to walk in at that exact moment promptly did so: namely, Ben Mitchell.

3) In the course of the ensuing argument about what they should do, Ben then proceeded to do the very last thing that would probably happen in real life: he pulled out a ‘shooter’ and fired it.

(‘Will you lot just do as you’re told?!’ he complained such was his sheer exasperation at the Slaters. A feeling let’s face it, we know all too well.)

4) Naturally – being Walford – no one heard the gunshot. Or, if they did, certainly didn’t call the police.

5) As events in the episode progressed, viewers could also entertain themselves with a game of ‘EastEnders Bingo’, ticking off some