He has been hitting the headlines of late.

And Brody Jenner was spotted this Tuesday stepping out for a coffee run in Malibu, picking up a couple of beverages on a tray.

The 35-year-old reality TV hunk kept his outfit simple, showing off his toned arms in a black T-shirt and his musclebound calves in charcoal shorts. 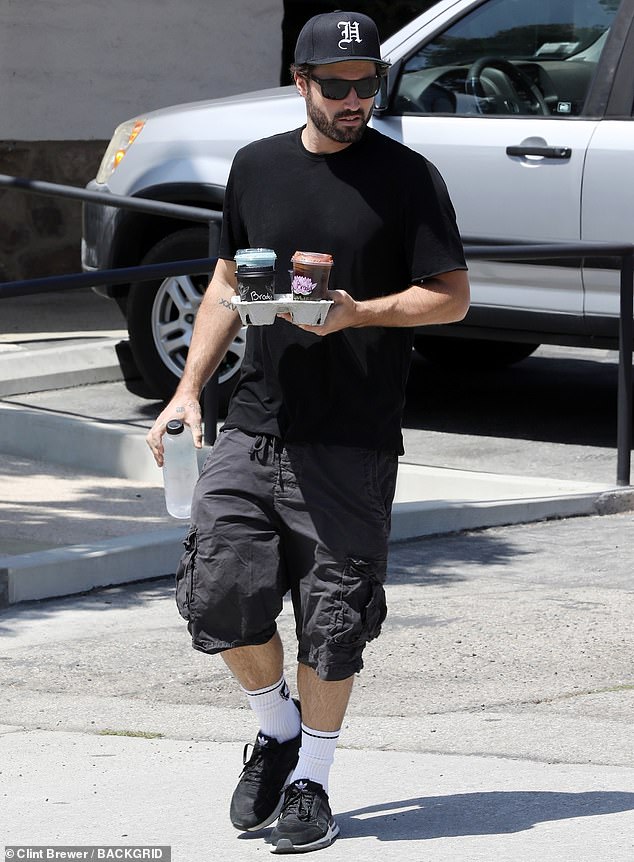 Hunk: Brody Jenner was spotted this Tuesday stepping out for a coffee run in Malibu, picking up a couple of beverages on a tray

Brody's outing comes after his ex Kaitlynn Carter was photographed on Friday kissing Miley Cyrus at the Il Sereno Hotel in Capri.

Over the weekend, Miley and her husband Liam Hemsworth announced that they had decided to separate after marrying only this past December.

However, TMZ sources indicated that Miley and Liam had already privately split up before she began romancing Kaitlynn.