Sss-imply stunning! Australia's Got Talent judge Nicole Scherzinger sizzles in a snakeskin jumpsuit as she greets fans in Sydney

She is known for her impressive sartorial choices.

And on Tuesday, former Pussycat Dolls singer Nicole Scherzinger sizzled in a snakeskin jumpsuit as she happily greeted fans in Sydney.

Returning to her hotel from filming Australia's Got Talent, the 41-year-old beamed with a wide grin in the stylish coveralls. 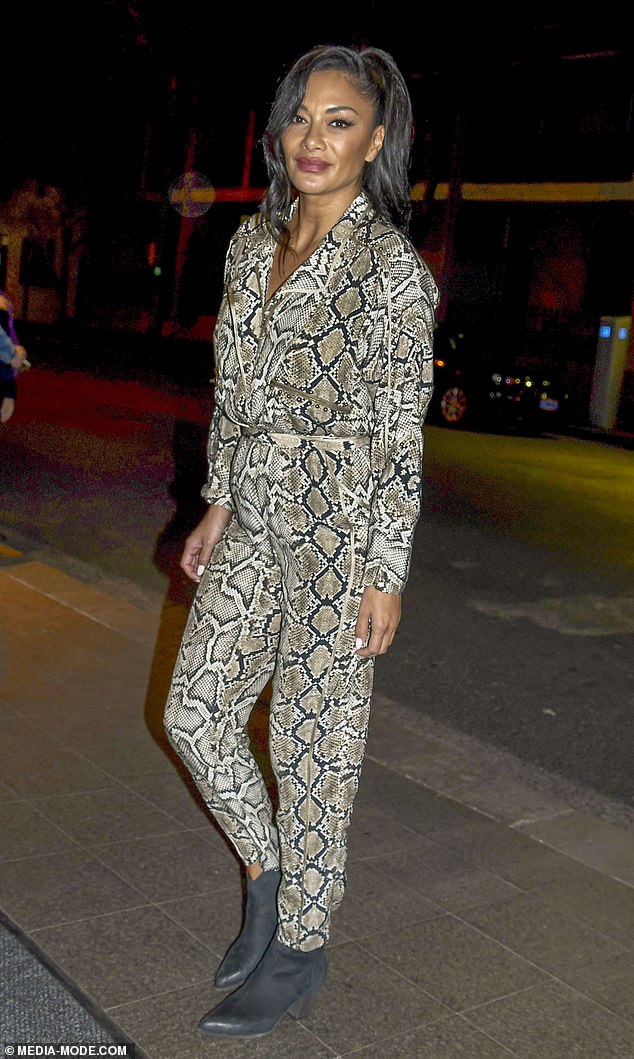 Sss-imply stunning! Australia's Got Talent judge Nicole Scherzinger sizzled in a snakeskin jumpsuit as she greeted fans in Sydney on Tuesday

Nicole highlighted her slender frame in the printed ensemble, which featured a belt that cinched in around her waist.

She teamed the look with black ankle boots.

Despite the long day on set, the star looked radiant with a flawless coverage of makeup and a red lip-stain.

Nicole wore her dark locks down in loose waves and opted not to add to the look with jewellery. 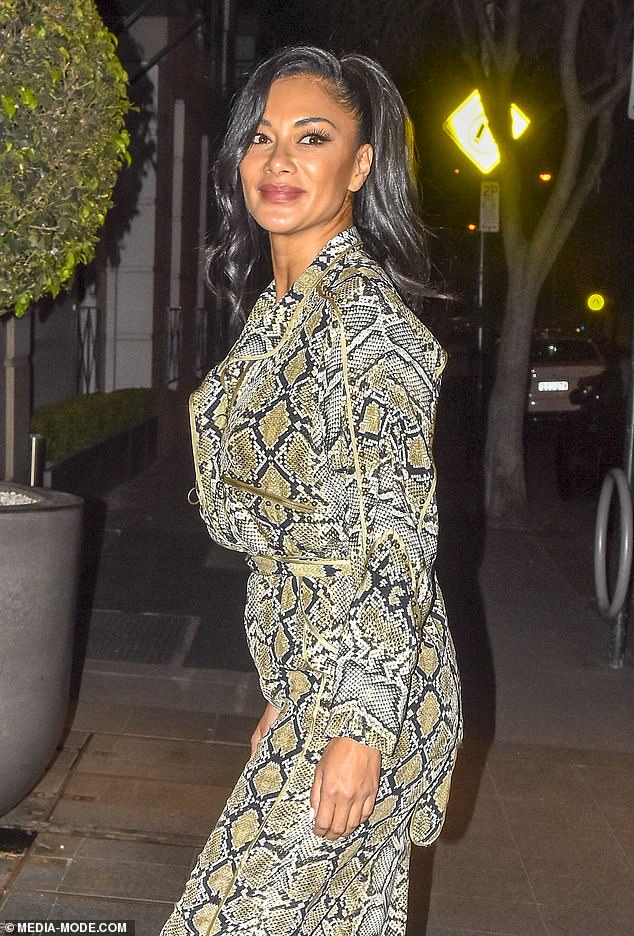