'She's a very attractive swimsuit model - I could feel the disappointment': Australian actress Cate Blanchett reveals the awkward moment she was confused for American Kate Upton

Australian actress Cate Blanchett has revealed the moment she was mistaken for model Kate Upton.

Appearing on Tuesday's taping of The Late Show with Stephen Colbert, Cate explained how she was confused for the American star, who is 23 years her junior.

The Ocean's 8 star, 50, said her three boys had accidentally misled their Australian all-boys school peers into thinking their mother was the Sports Illustrated Swimsuit star.

'When they first started [at the school], because my husband's surname is Upton, and my first name is Cate, I was down as Kate Upton. And Kate Upton is a very attractive actress and swimsuit model,' she began.

'Their friends at school said, "Oh my god, is your mum Kate Upton?" And the boys innocently said, "Yeah!" So 20 kids were waiting at the first day of school pick-up. 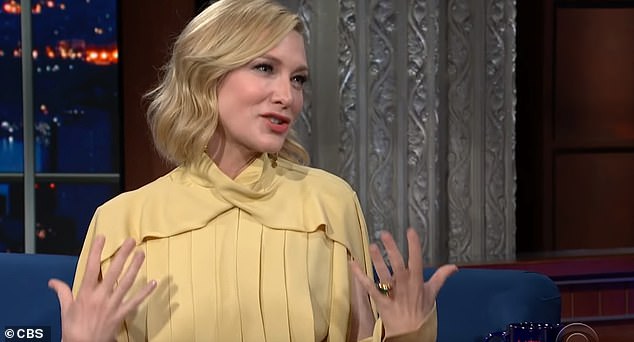 'Their friends at school