Byron Bay is protective of its own.

And as far as the locals of the idyllic beachside town are concerned, Chris Hemsworth and his extended family are ‘one of them’.

No surprise then that the community is rallying around the Hemsworth family in their hour of need.

The usually laid-back Hemsworths have been feeling the pressure of late as brother Liam struggles with the shock collapse of his marriage to American singer Miley Cyrus after just seven months.

As images emerged of Miley cavorting with her apparent new girlfriend Kaitlynn Carter in Italy, the Hunger Games star sought comfort with his brother on the other side of the world. 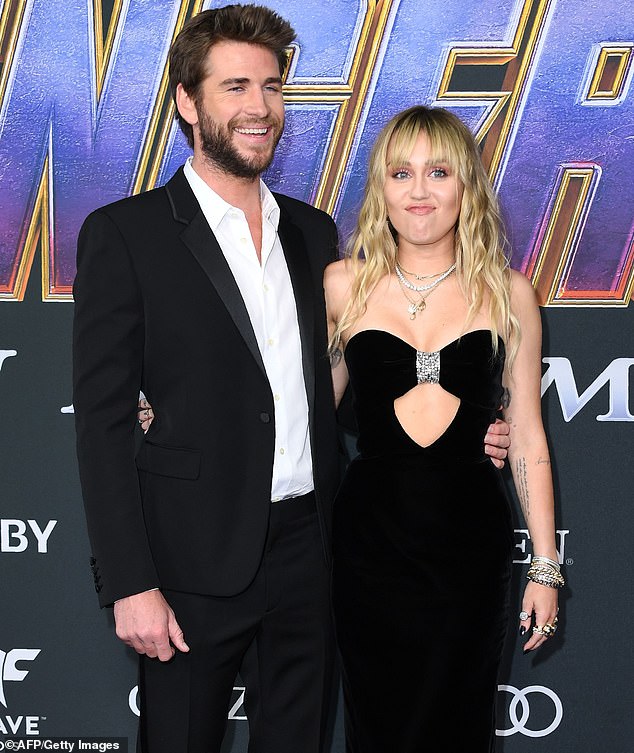 Hollywood actor Liam Hemsworth (left) has been laying low in Byron Bay, in northern NSW, in the days since news broke of his split from wife and pop superstar Miley Cyrus (right) 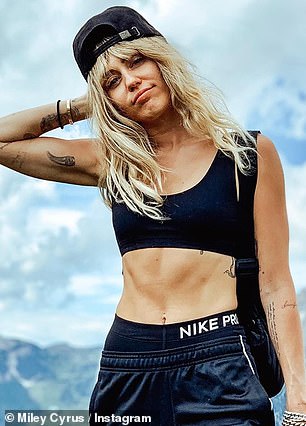 Hemsworth was seen getting ice cream in the small beachside town this week, while on the other side of the world Miley has been letting her hair down with apparent new girlfriend Kaitlynn Carter

The Hemsworth’s home base of Byron Bay in northern NSW was the ideal refuge to escape to – a place where he would not be pestered by locals who have adopted the Hollywood celebrities as one of their own.

Chris and his wife Elsa Pataky arrived there in 2014 and are about to move into a $18 million mega mansion they have been building in the hills nearby.

The Hemsworths were drawn to Byron Bay's laid-back lifestyle, which offers the perfect environment to relax after filming a Hollywood blockbuster or - as has been shown this week - to escape a headline-making break-up.

In Byron, Liam tried to take his mind off his troubles by hanging out with his older brother and going surfing.

But it was easier said than done. 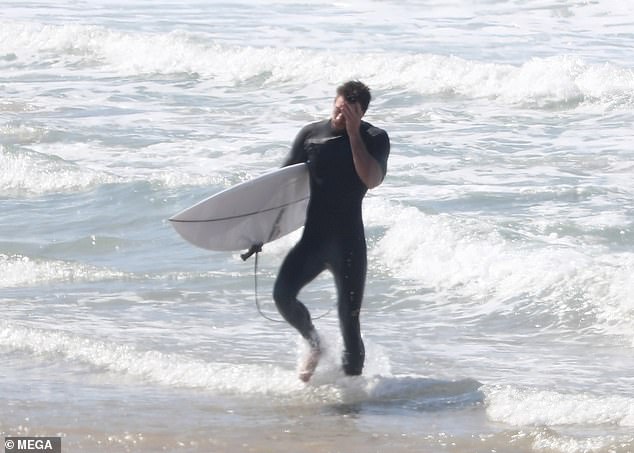 When Daily Mail Australia travelled to Byron Bay and asked about the split this week, a downcast Liam said: 'I don't want to talk about it mate.’

He later issued a statement on Instagram saying he wished Miley 'nothing but health and happiness'.

The spotlight of the past week is clearly taking its toll on the Hemsworths.

At one stage, a local who did not want to be named intervened: ‘Chris, you alright?’.

‘C’mon mate, they are just locals – they are like any of us,’ he said.

'To most of us they aren't the Hemsworths, they are just another two locals living in the best town in the world,' he said.

'They just want to get on with their lives and it's a great place to do it, because they are just accepted by everyone as being part of the community.'  Byron Bay residents are used to stars calling the beachside town home.

Before Chris Hemsworth and his family settled in five years ago, there was Paul Hogan and Olivia Newton-John.

The locals take pride in giving the many local celebrities plenty of space to live ordinary lives.

For Chrissi Ahern, who has lived in Byron Bay for 40 years, celebrities are not a new sight in town.

'When you see them on the street you don't give them a second look; maybe all the newbies do but that's not the Byron way,' she said.

'It's a paradise and it's easy living. He goes to the Byron Bay public school and it is a place to disappear for him and his family.

'We've seen it when Paul Hogan came to town, the same big influx and change to Byron Bay in the 90s and "Strop" (John Cornell) did the Beach Hotel.

'These are benchmarks, when famous people come, and the Hemsworths are just the latest one.' 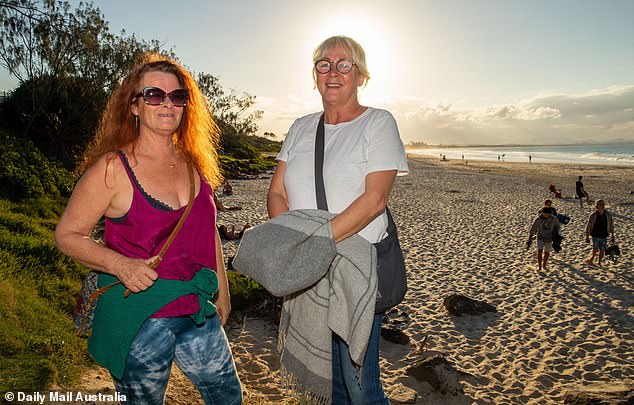