(fashion) 'All I remember is praying!' Teresa Palmer recalls the terrifying moment she almost fell off a horse while filming Michelle Payne biopic Ride Like A Girl

She is set to play the role of Melbourne Cup winning jockey Michelle Payne in the new biopic, Ride Like A Girl.

And on Saturday, actress Teresa Palmer, 33, spoke about the terrifying moment she  became fatigued while filming a potentially dangerous horse riding scene at Flemington race track in Melbourne.

Speaking to The Sydney Morning Herald, the Australian actress said she trained five days a week alongside Victoria Racing Club clerk Peter Patterson - and at times was pushed to her limits. 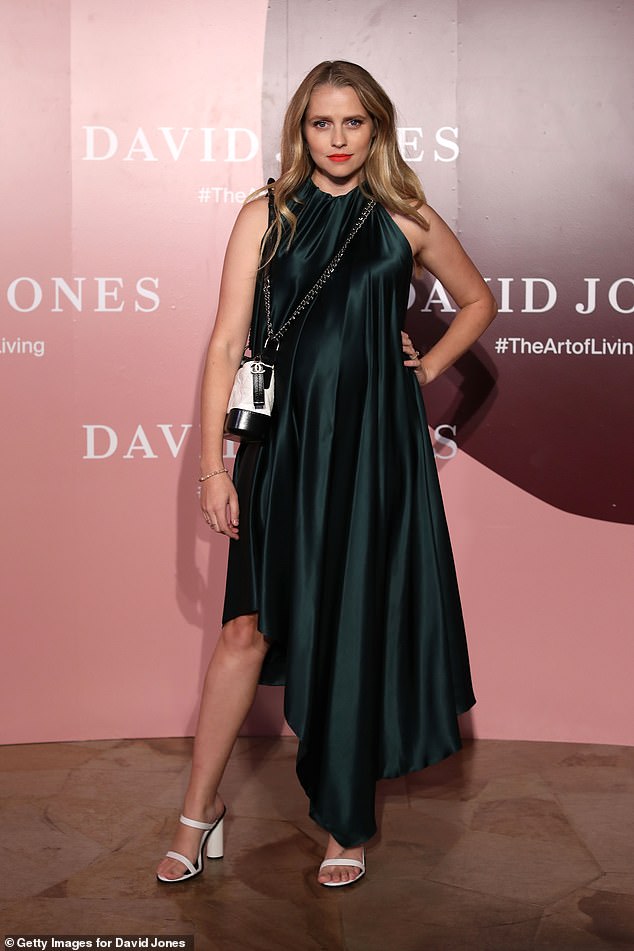 'All I remember is praying!' Teresa Palmer, 33, has described the terrifying moment she almost fell off a horse while filming Michelle Payne biopic Ride Like A Girl

'We were shooting the scene at Flemington and Peter was riding the safety horse, telling me to 'hold the F on!,' she told the publication.

'I was in the jockey position, becoming so fatigued my legs were shaking, waiting for my moment he would slow down to a canter so I could jump