The sex appeal of Rihanna translates well overseas, including in South Korea.

After dominating New York fashion Week with a slew of chic appearances and star-studded events, the Barbadian popstar-turned-fashion maven, 31, has made her way to Seoul for a variety of events connected to her Fenty Beauty makeup line.

On Wednesday, the SOS songstress was spotted in Itaewon, the cosmopolitan downtown shopping district of the South Korean capital, in an extremely low-cut hot pink sweetheart dress with buttoned clasps down the front revealing a pair of cantaloupe trousers underneath. 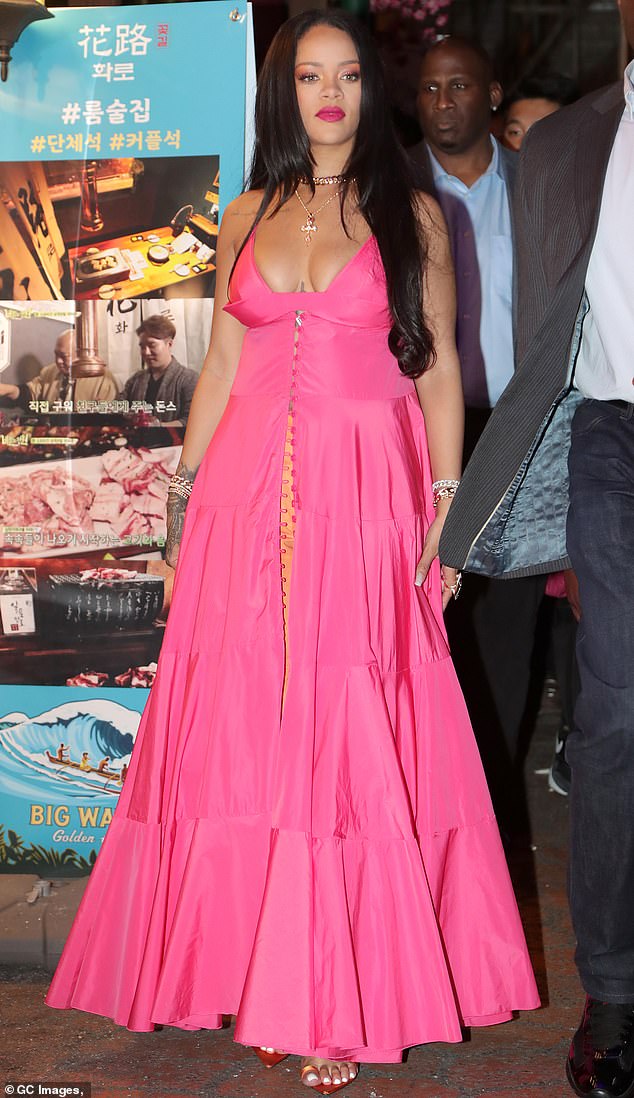 Hot in pink: On Wednesday, Rihanna was spotted in Itaewon, the cosmopolitan downtown shopping district of the Seoul

Rihanna's look was both romantic and sexy, with a busty display thanks to the skimpy sweetheart top of the dress and its spaghetti straps.

The A-line skirt of the gown had various panels which fanned out, and the star wore the over-garment partially unbuttoned to reveal her trousers underneath, which were a combination of cargo and harem pants.

Riri had on a variety of silver jewelry in the form of a choker, cross pendant bracelets and large ring, and she wore her raven hair down in luscious curls over her shoulder.

Her makeup was fine-tuned, with deep pink lips to match the gown and a slightly warmer tone for her eye shadow to