Will they finish the show? The Block's Andy and Deb panic as they realise their budget will only last them for another TWO WEEKS

With the budget on this year's season of The Block tighter than ever before, Andy and Deb were feeling the pinch on Tuesday's episode.

After looking over their budget for the remainder of the renovation show, the couple panicked as they realised they didn't have enough money to make it to the end.

'It's just looking really grim,' quipped Deb, 46, while staring at her laptop computer screen, revealing they only had enough money to last them for another two weeks. 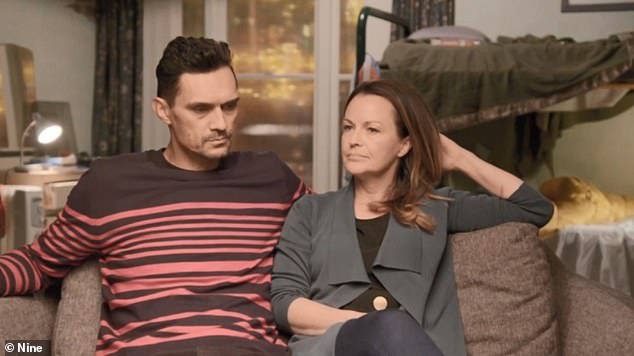 Will they finish the show? The Block's Andy and Deb (pictured) panicked on Tuesday's episode as they realised their budget will only last them for another TWO WEEKS

She said even after winning some extra money towards their budget, they were still struggling to make ends meet.

'We know our team works really hard, but even though we've just been given more money, to spread it out over the zones we've got left, and looking at what we're paying, we're not going to make it,' she added.

A clearly stressed out Andy, 48, listed off the areas they're yet to renovate, revealing they still had 'an en suite, two toilets, a huge studio, a media, study, three hallways, stairwell, a terrace, front and top, and two balconies'. 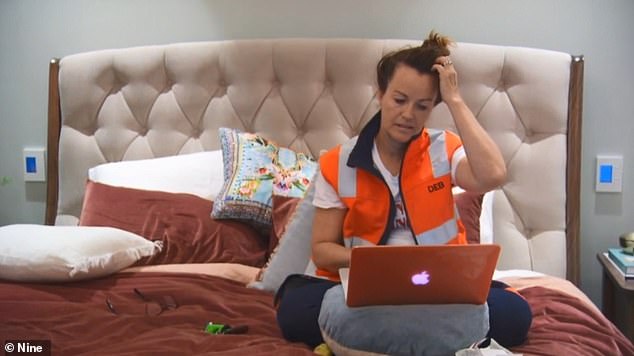