The Masked Singer Australia: The identity of Rhino is revealed (and even Lindsay guessed correctly!) but did a rogue Wikipedia entry give it away before the episode even finished?

On Tuesday's episode of The Masked Singer, the identity of Rhino was revealed.

When the mystery performer was unmasked, it turns out it was retired rugby player Wendell Sailor.

But some fans watching at home already knew the outcome of the show ahead of time due to a rouge Wikipedia entry. 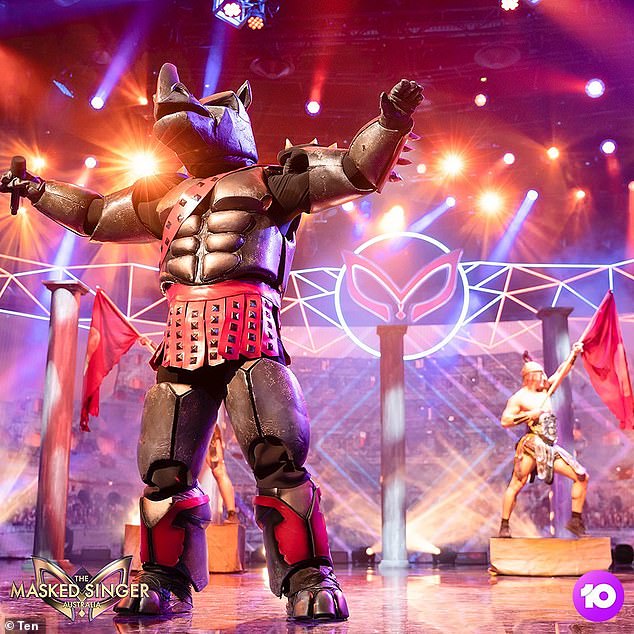 Spoiler? The identity of the Rhino was revealed on the Masked Singer on Tuesday night, but a Wikipedia entry may have given it away before the episode even ended

At the end of the section about the footy star's TV career, it read: 'He also appeared as Rhino on the Masked Singer for Channel 10 in Australia'.

The line was mysteriously deleted from Wikipedia before the end of the episode, but only after it began circulating on Twitter. 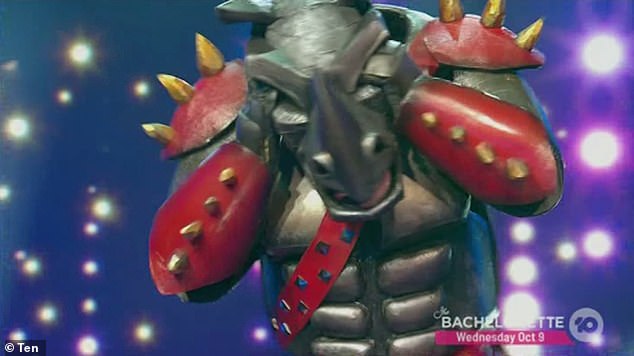 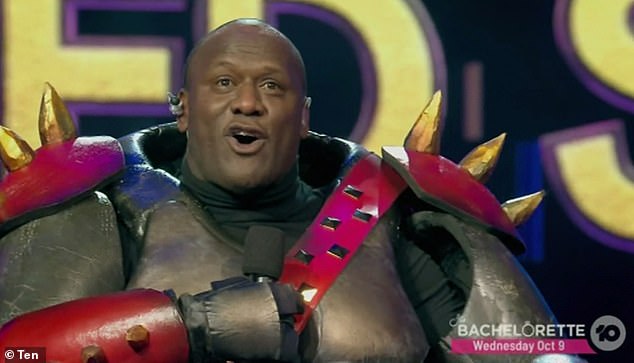