The Spice Girls' reported plans to tour Australia and take on a Las Vegas residency are said to have been scrapped, because of Geri Horner's alleged feud with Mel B.

According to The Sun, Geri, 47, and Mel B, 44, failed to see eye-to-eye during their sold-out UK tour earlier this year, leading to the former's refusal to hit the road with her bandmate again – losing out on potential estimated earnings of £50million.

A source told the paper: '[Mel B] is a real character and has long clashed with Geri, who decided it wasn’t worth carrying on as things could really become explosive. Last time they performed in the US, in 2008, there was chaos with all the arguing. It has put Geri off — as well as Melanie C and Emma [Bunton] to some degree.' 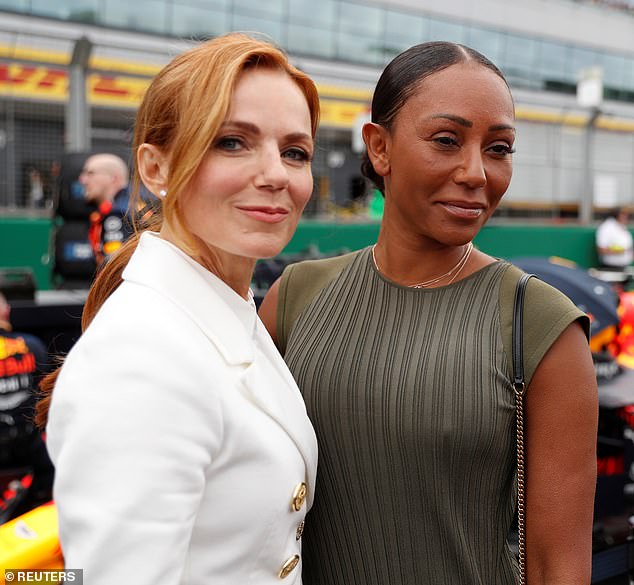 Reports: The Spice Girls' reported plans to tour Australia and take on a Las Vegas residency are said to have been scrapped, because of Geri Horner's (L) alleged feud with Mel B (R)

The publication reports that Geri was 'annoyed' when Mel B announced their plans to tour Australia during their final show at London's Wembley Arena earlier this year, because she'd 'made it clear she wasn't into' continuing' the road show.

Explained the source: 'Geri was adamant that doing big commitments abroad would only be worth it if they were financially lucrative. But the payday for a residency would be much lower than their UK shows and would mean the girls being away from their families and other jobs for a prolonged period.

'Family life is really important to them all and they were concerned about how they would be able to make any of it work.' 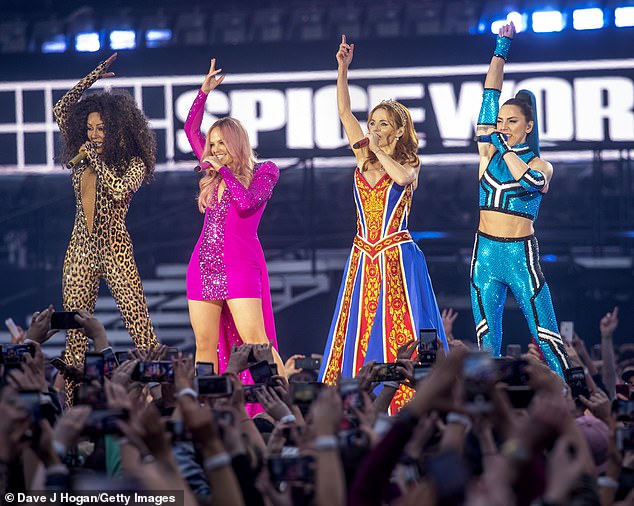 Reunited and it feels so good: The stars reunited with their bandmates (L-R) Emma Bunton and Melanie C for a 13-date tour of the UK earlier this year

MailOnline has contacted representatives for the Spice Girls for comment.

The report comes one month after Yorkshire-born star Mel B joked that Geri 'still hates [her],' months after her claims that they had a lesbian fling.

Mel made the comment during an appearance on ITV's Loose Women on September 5th, but went on to admit she is still close with the star.

In March, Mel made the