Janet Jackson, 53, displays her ageless complexion as she goes make-up free and dons a comfy ensemble while touching down at JFK airport

She's a doting mother to her son Eissa, two, and has recently been touring.

So Janet Jackson is naturally keen to keep things comfortable where she can - as proved when she made her way through JFK airport in New York City on Friday.

The singer, 53, wrapped herself up from the cold in her travel uniform of a bright orange puffer jacket for the third time this month. 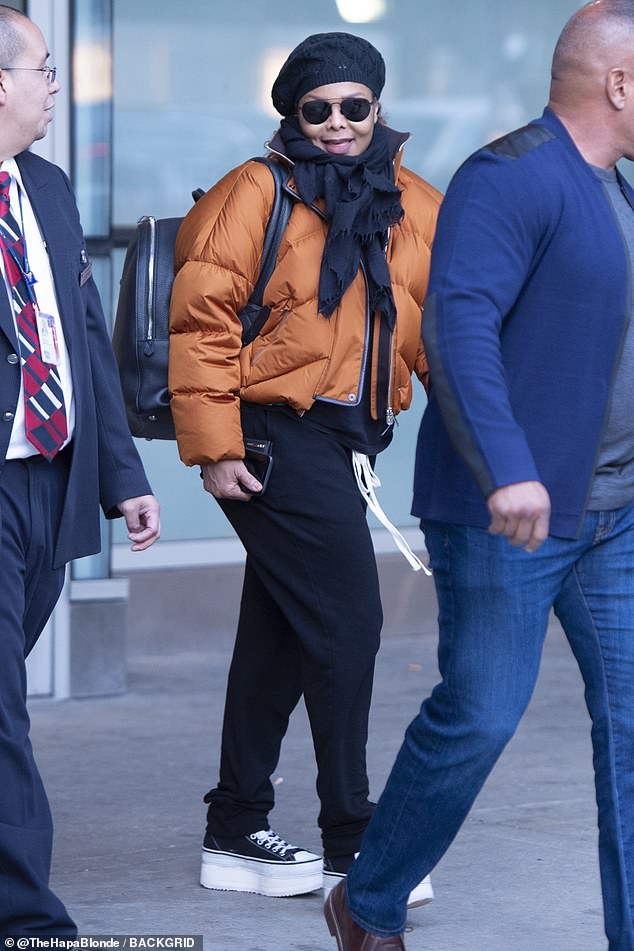 Wrapped up: Janet Jackson, 53, kept it casual at JFK airport in New York City on Friday as she donned a bright orange puffer jacket and black sweatpants

Janet looked relaxed in black sweatpants with a long tie at the waist and donned a pair of platform sneakers to boost her petite frame.

She accessorised her on-the-go ensemble with a pair of dark aviator sunglasses and wore a black beanie hat over her curly locks.

As the mother-of-one left the airport she toted a black leather backpack with a silver zip and wrapped a black scarf around her neck.

Janet was also seen wearing the same uniform on October 6 and 9, proving that comfort really is key for frequent fliers. 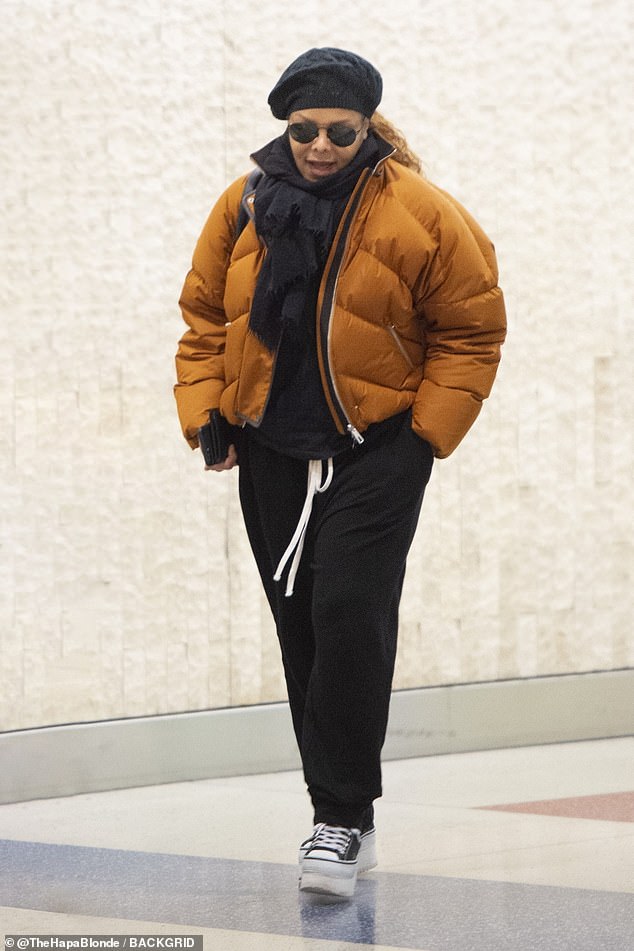 Comfy: The singer accessorised her look with dark sunglasses a beanie and and warm scarf

Missing from Janet's trip was her Eissa Al Mana, whom she shares with her ex-husband, Qatari