A rundown Melbourne cottage the was featured in Beyoncé's No Angel film clip has undergone a dramatic transformation since being purchased for $650,000 at auction in 2016.

Unfortunately for fans, the shabby two-bedroom home in Brunswick bears no resemblance to the once irreplaceable location of music history.

The property's new owners have so far painted over the green exterior, removed the chimney and added a separate level - and the construction is still ongoing. 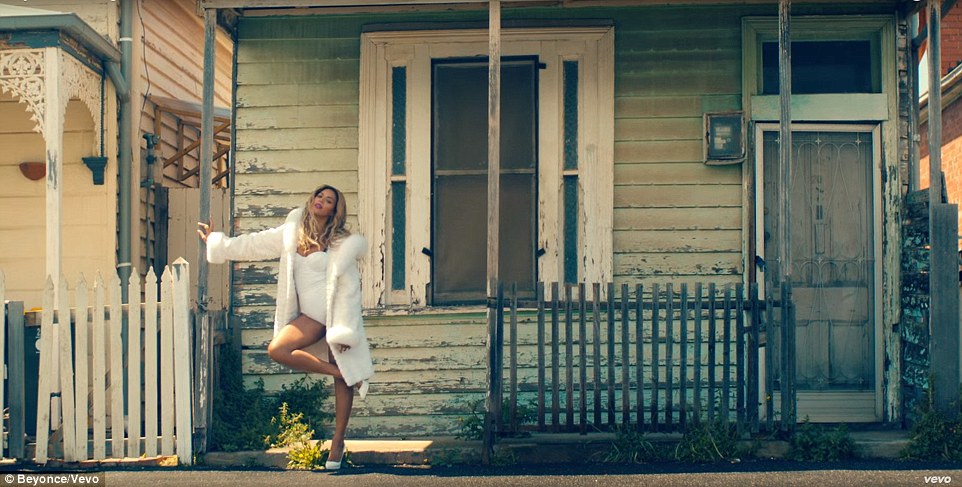 So much for irreplaceable! The rundown Melbourne house featured in Beyoncé's No Angel video clip has undergone a dramatic transformation after a buyer bought the property in an 'unlivable condition'

The auction had a large audience in 2016, as hundreds of hipsters, locals and prospective buyers came to witness the home go to the highest bidder.

Nelson Alexander’s real estate agent Luke Sacco, who sold the home at the time, told Domain: 'It was pretty rough. It needed a complete renovation.'

He also added about the property: 'It was a weatherboard house and it hadn’t been touched in forever. It was unlivable, [the new owner] had to do something with it.' 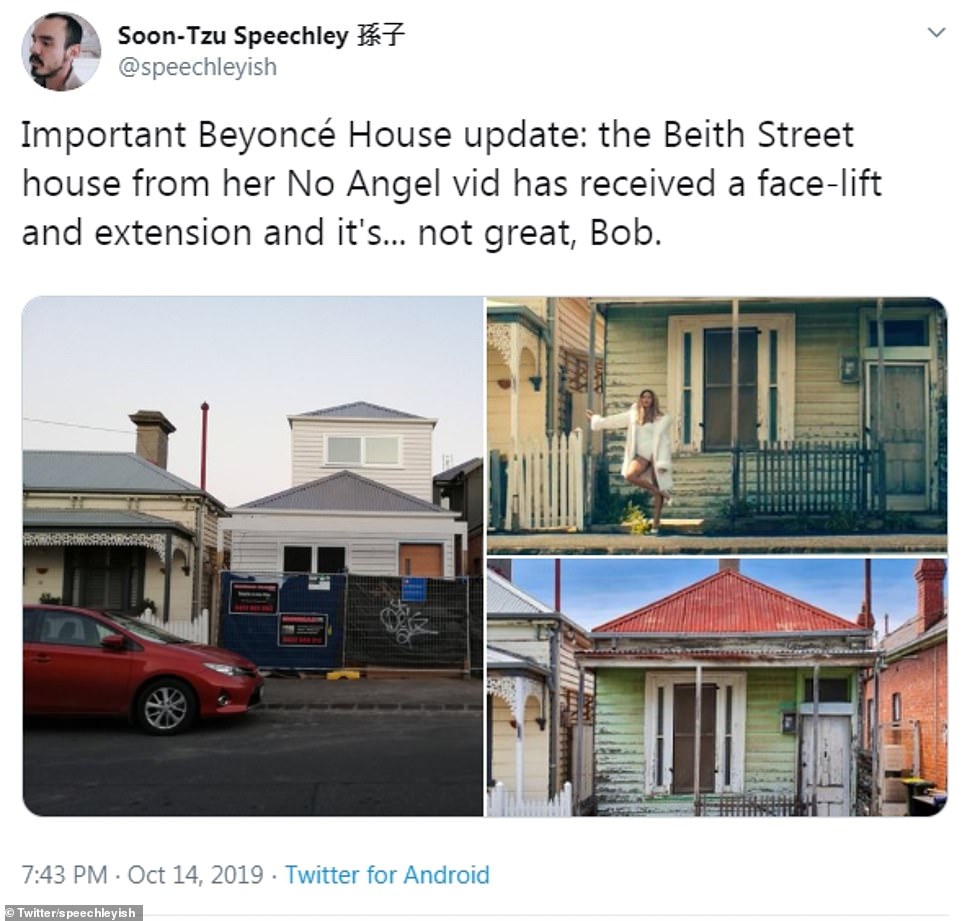 'The house has received a facelift and extension': The property's new owners have so far painted over the green exterior, removed the chimney and added a separate level - and the construction is still ongoing 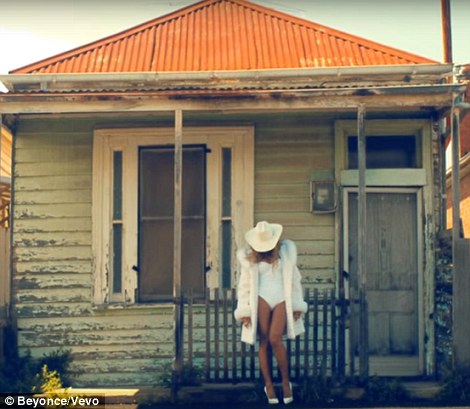 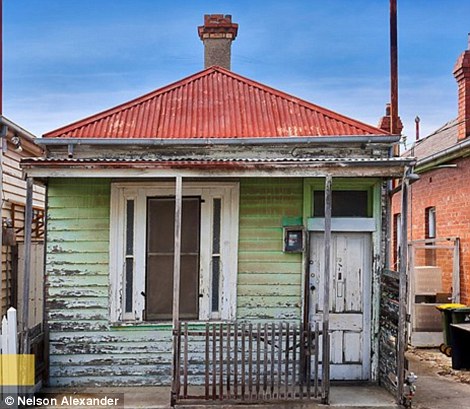 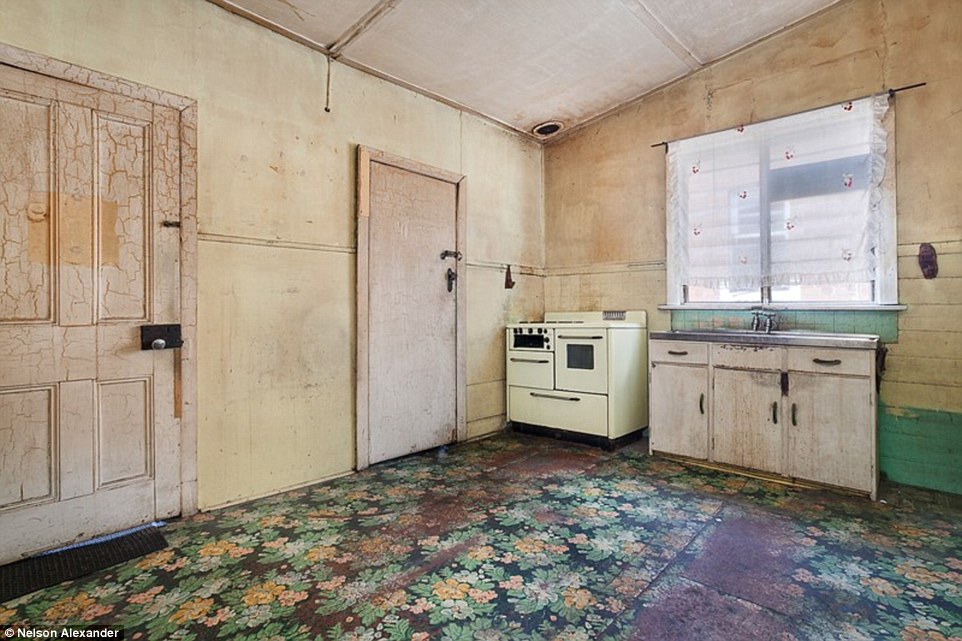 Needing a bit of love: It was unlikely any divas would have wanted to purchase the two-bedroom weatherboard home with peeling paint and tin roof at the time

The previous owner, elderly Jeanette Meadows, was paid $300 to use her house as a backdrop for American singer Beyonce's music video.

Jeanette and husband Roy Meadows, who sat peacefully in the crowd on deckchairs as the auction took place, had no idea who Queen Bey was when she came knocking in October 2013.

There was a lot of speculation from fans as to what the pop diva was actually doing at the site,