The TV personality, known as the Human Ken Doll, travelled to Turkey to get a new set of teeth after becoming unsatisfied with his previous set of veneers.

Rodrigo, 36, documented the procedure on his Instagram Stories and even showed viewers a glimpse at his teeth when they were only half finished. 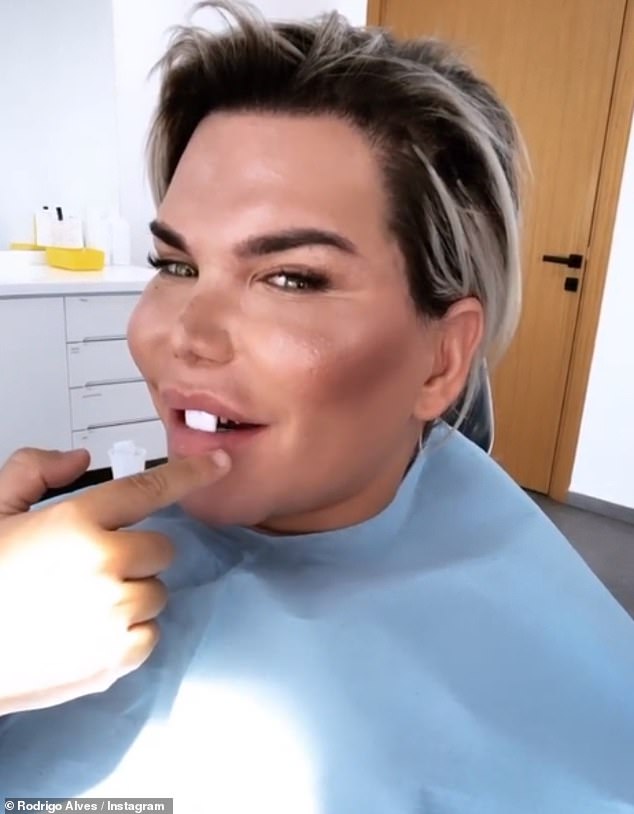 Speaking to the camera, he said: 'It's totally painless. The doctor applied anesthesia. No pain at all whatsoever.

'It's very relaxing here. So the bottom jaw is finished and now the doctor is working on the top jaw.'

He said: 'Those are my brand new teeth. I'm so excited. That's the Hollywood smile so right now, we're going to start working on my new teeth.' 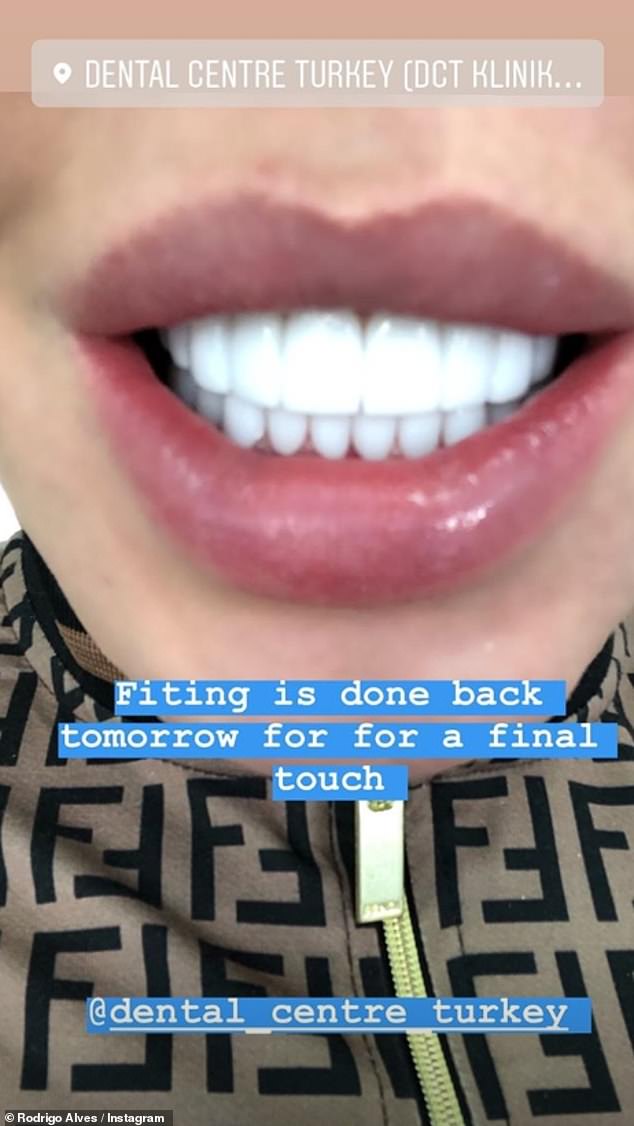 Transformation: The TV personality, known as the Human Ken Doll, travelled to Turkey to get a new set of teeth after becoming unsatisfied with his previous set of veneers

The former Celebrity Big Brother star's veneers come after he recently had a gastric balloon fitted in order to combat his three-stone weight gain.

After the procedure, Rodrigo endured three days of stomach cramps, but believes it will be worth it since his appetite has been curbed.

Explaining his decision, Rodrigo told MailOnline: 'My body is naturally overweight and I have always fought my genes with crazy diets such as drinking cockroach milk and 22 liposuction surgeries - and even a fake six pack.

'I have always followed a very strict diet to avoid having to do more lipo... But in the past few months I have being travelling a lot and after spending 30 days in Thailand relaxing and having good food, I have gained three stone.' 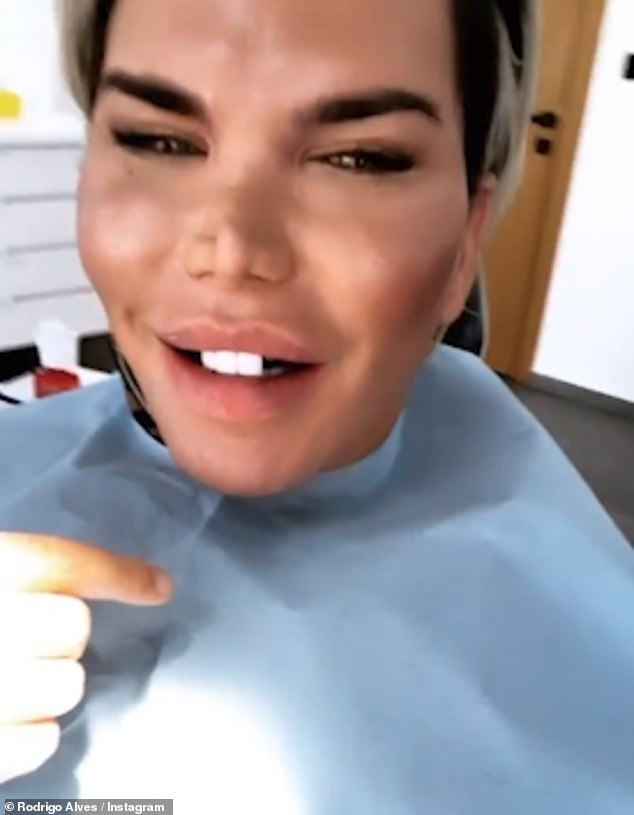 PREV Michelle Pfeiffer celebrates getting her arm cast off by having a dance party ...
NEXT Love Island's Connor Durman EXCLUSIVE: Star accuses ex of SELLING snaps of him ...