Caprice has revealed she has shed a stone in just six weeks thanks to her intense training routing for Dancing On Ice.

The model, 48, said she struggled to lose weight when she had her first child but now thinks her body is back to how it looked when she was in her twenties.

Speaking to Hello magazine she said: 'My body has gone back to how it was in my late 20s. I feel great about myself again.' 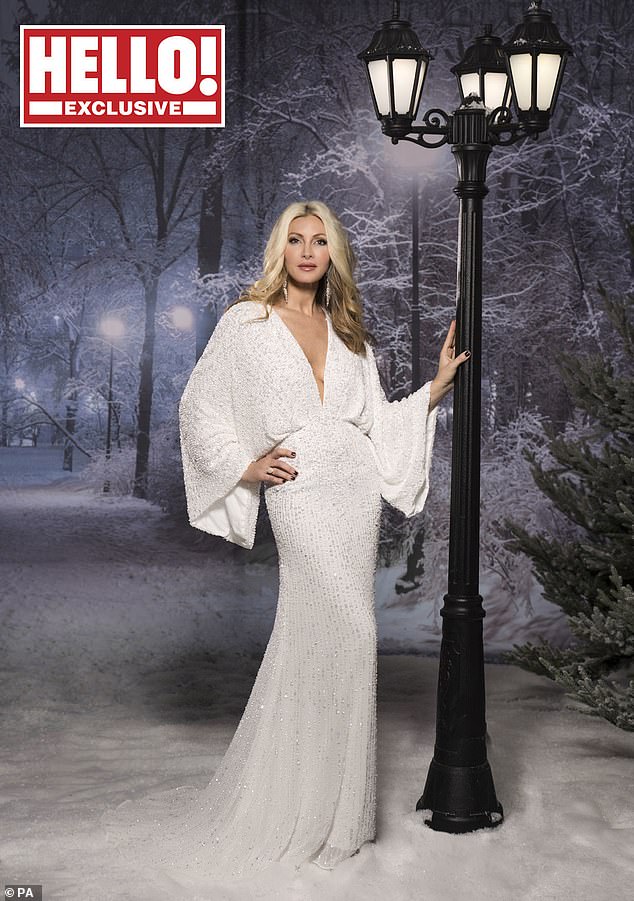 Fitness: Caprice, 48, has revealed she has shed a stone in just six weeks thanks to her intense training routing for Dancing On Ice

Caprice, who is mother to sons Jax and Jett, both six, is one of several stars taking part in the upcoming series of Dancing On Ice which begins airing in January.

She said: 'After giving birth six years ago I gained an extra 10lb, which I couldn't lose. My body was full of cellulite and there was lots of flag going on. I let myself go. But then I'm suddenly working out like I've never worked out in my entire life.

'And as a mum, my life has been all about my kids. Now that the boys are al school  full time, I'm finally doing something for myself, which I love. It's the best exercise on earth.'

Still, the show has not come without its drawbacks and Caprice has taken to daily sessions of cryotherapy, which involves enduring freezing temperatures in a trailer, in order to deal with the