Second chance! R&B superstar Lizzo will perform for Nova's Red Room after her Australian concerts sold out in just minutes, but there's a catch...

Lizzo left legions of fans devastated when her upcoming Australian concerts sold out in minutes recently.

But the dream of seeing the 31-year-old R&B superstar perform live isn't over just yet, on the back of an announcement that she'll be performing for Nova's Red Room.

While tickets to her Red Room performance are free, fans will need to enter a competition via the Nova website to be in with a chance to attend the as-yet undated show. 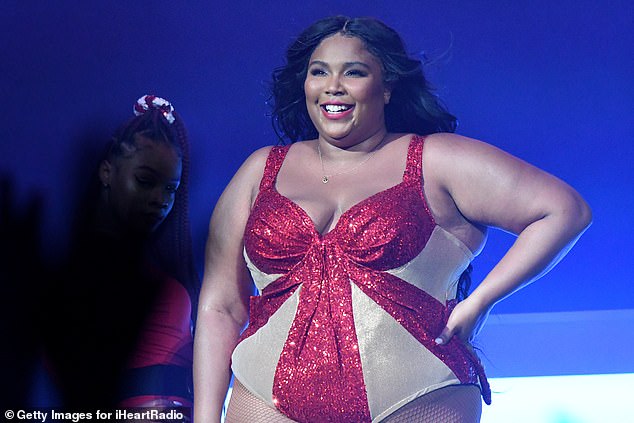 Coming soon: R&B superstar Lizzo (pictured) is set to perform for Nova's Red Room when she tours Australia in January. Pictured performing at the Jingle Ball in Tampa, Florida on Sunday

Lizzo is set to visit Australia early next year as a headlining act for the FOMO Festival, which will kick off in Sydney on January 11.

In addition to the festival, she also announced two sideshows, performing at the Sydney Opera House on January 6 and The Forum in Melbourne on January 8.

Both of those shows sold out in just minutes, with 12,000 people in the queue for pre-sale tickets to her

Kim Kardashian is a bronzed goddess in stunning new desert photos for Skims ...