Erin Molan looks very slender as she carries her one-year-old daughter Eliza in Sydney... two months after breaking her arm by falling down the staircase

She's had a tough few months, including a feud with fellow NRL commentator Andrew Johns and a nasty accident at her home in October.

But Erin Molan appeared to be in a happier mood on Thursday, when she stepped out in Sydney with her one-year-old daughter, Eliza Ogilvy.

The Nine sports reporter, who was no longer wearing her arm cast, showed off her slender figure while carrying her child on her hip. 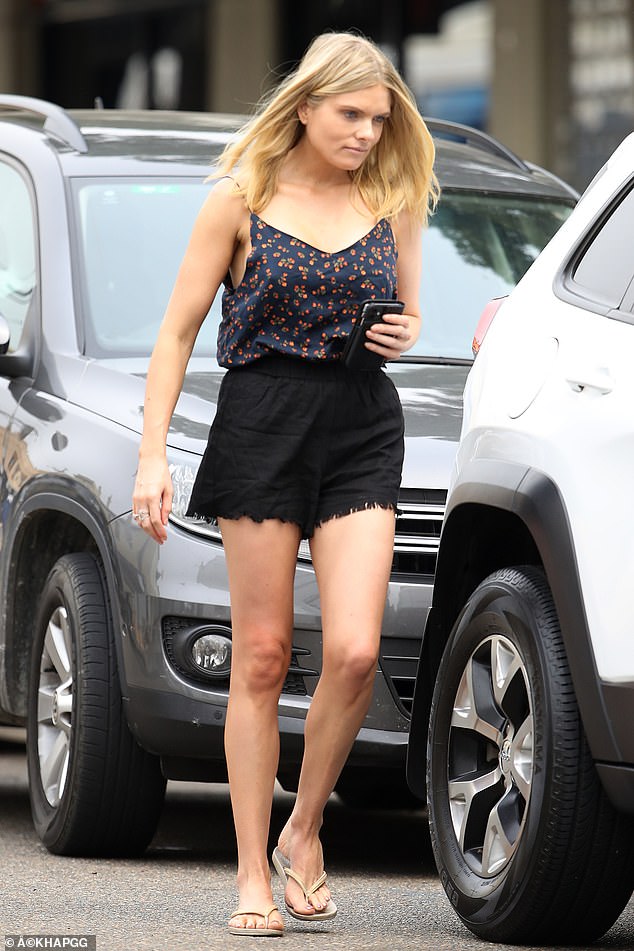 Recovering well! Erin Molan (pictured) has been pictured returning to mummy duties, weeks after she broke her arm following a nasty fall down a staircase

Erin dressed casually for the outing in a patterned singlet and black shorts, which she paired with beige flip flops.

She went makeup free and styled her luscious hair straight and in a middle parting.

Erin fell down her staircase in October, and spent 10 days recovering in hospital. 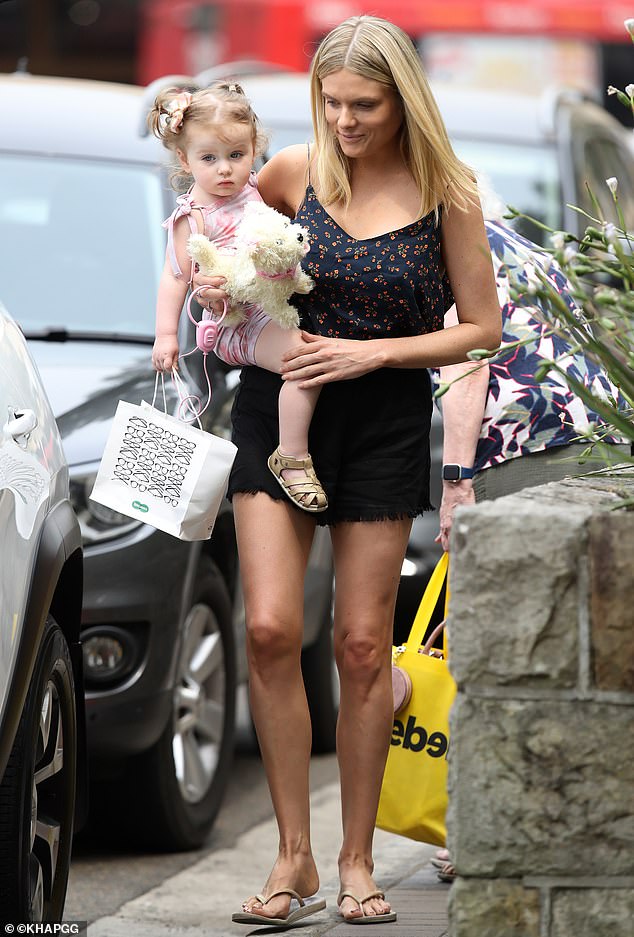