French Montana has been released from the hospital... but doctors say he still needs at least a MONTH of bed rest

By Kelby Vera and Glenn Garner For Dailymail.com

French Montana is back at home after two weeks in the hospital.

The rapper was released from West Hills hospital in the San Fernando Valley earlier this week, according to TMZ.

While he's home, French, 35, still on the road to recovery. Doctors have ordered him to take at least 30 days of bed rest. 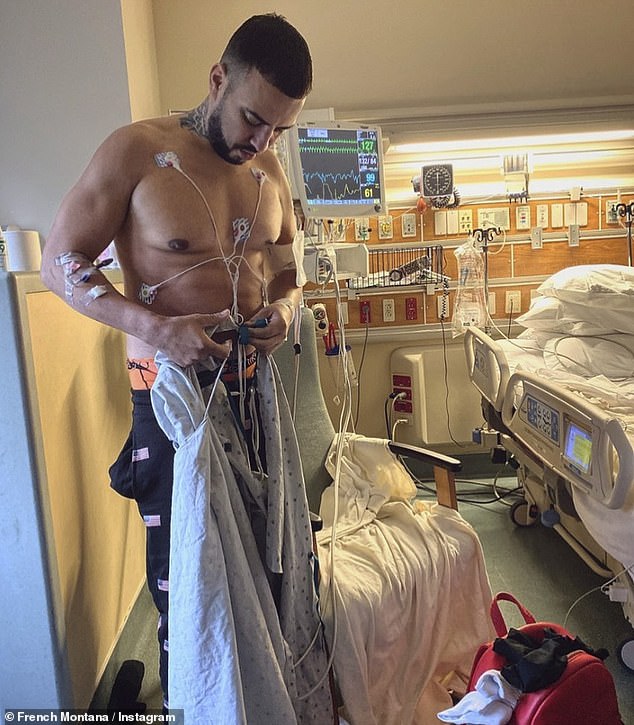 Still  healing: French Montana has been released from the hospital but is still on bed rest for the next month, according to TMZ

He's been ordered to take a break from working, traveling, exercising, partying and performing for the next month.

Unfortunately, that means it'll be a second until he gets to perform songs off his new album Montana, which dropped today, Friday December 6.

Earlier this week French - off-stage name Karim Kharbouch - was released from the ICU (Intensive Care Unit) after being hospitalized for severe stomach pains.

His was treated for dehydration and exhaustion after a whirlwind trip that included stops in four different countries in less than a week. He also suffered from an elevated heart rate.

Montana received IV fluids, as sources close to the situation suspected it could be a possible case of food poisoning.

Following his release from the ICU, the ex of Khloe Kardashian remained in the hospital for another few days for observation.