Singer Darlene Love is furious at the production team behind the iconic Rockefeller Center Christmas Tree lighting who she accused of snubbing her for the last decade.

Brad Lachman Productions, who produces the annual show for NBC, was on the receiving end of a scathing Facebook post penned by the 78-year-old songstress on Wednesday.

Love is the voice behind the 1963 holiday classic Christmas (Baby, Please Come Home) which was performed at this year's show, much to her dismay, by other 'younger artists.' 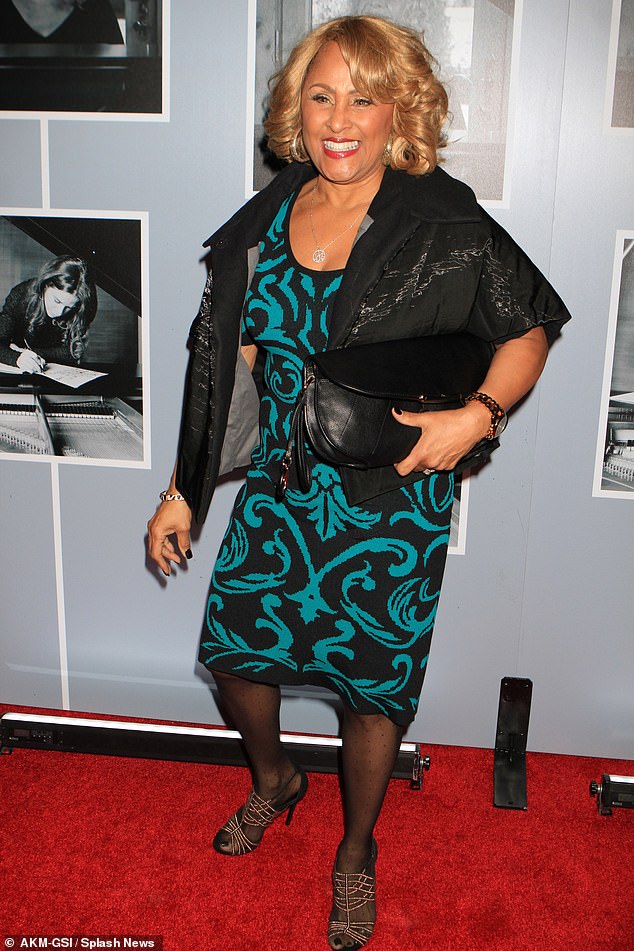 Hitting back: Singer Darlene Love posted a scathing take-down of the team behind NBC's annual Rockefeller Christmas Tree Lighting and accused them of snubbing her by refusing to book her to sing her holiday classic Christmas (Baby, Please Come Home)

Darlene began her lengthy take-down: 'Once again I was snubbed by Brad Lachman Productions who produce the Rockefeller Christmas Tree lighting ceremony and instead they book another artist to perform my song "Christmas Baby, Please Come Home" each year!!'

The massive tree was lit on Wednesday during NBC's Christmas in Rockefeller Center special hosted by Today Show anchors.

The show featured performances by a handful of stars belting out holiday favorites, including Chicago, Derek and Julianne Hough, John Legend and Idina Menzel.

According to Darlene, she has repeatedly tried to perform her own Christmas hit at the yearly tree lighting and found it disrespectful that her requests have fallen on deaf ears by producers. 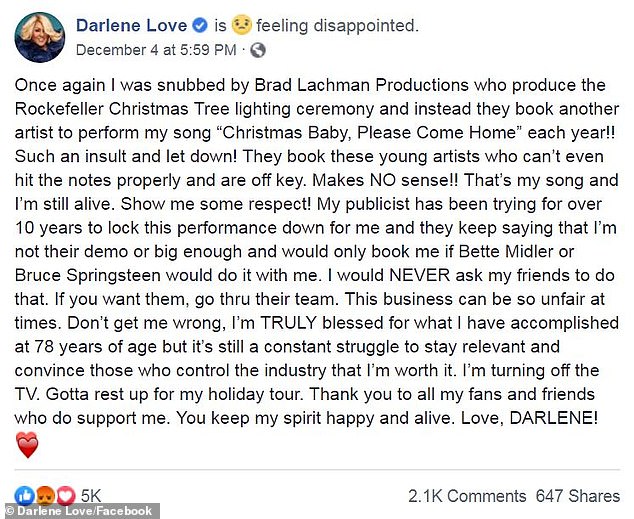 Speaking out: The 78-year-old  took to Facebook to air her grievances about not being the right 'demo' to sing her own song which was performed

sport news How are England's Under-17 World Cup winners from 2017 getting on?