'Come home and do some frickin' jobs!' MAFS star Martha Kalifatidis' mother publicly blasts her on Instagram for taking raunchy selfies instead of doing housework

Married At First Sight's Martha Kalifatidis was publicly shamed by her own mother after she uploaded a racy selfie on Sunday.

The 31-year-old Kim Kardashian mega fan had posted a photo of herself posing in the mirror wearing a black crop top and low-rider boyfriend jeans, alongside the caption: 'NOT HUNG.'

Martha's mother Mary quickly penned a sassy comment underneath the snap:'Hung or no hung come home and do some frickin jobs, hung s**t.' 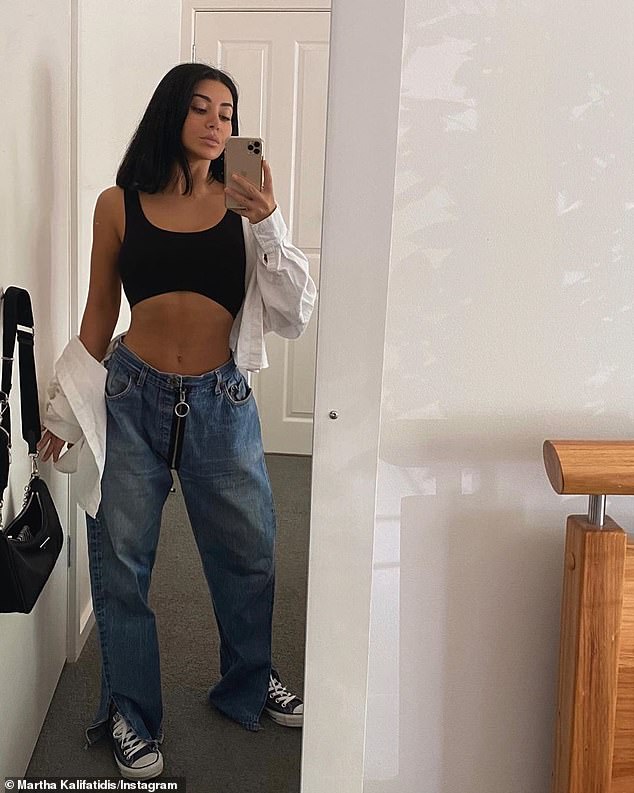 Responding to the hilariously brazen comment, Martha wrote: 'I’m not the help,' alongside a waving emoji.

Refusing to back down, Mary responded: 'Who are ya RE d**k head.' 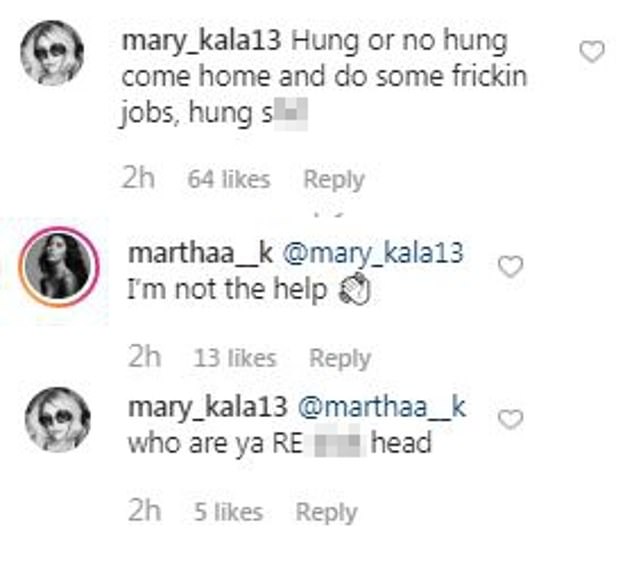