She first rose to fame as the former girlfriend of Chris Brown but has since founded a multi million dollar swimwear company, Mint Swim.

And Draya Michele ensured all eyes were on her as she displayed her sensational curves while relaxing on the beach in Miami on Saturday.

The businesswoman, 34, looked radiant as ever as she donned a black bikini with a cut out at the middle while relaxing with her friends. 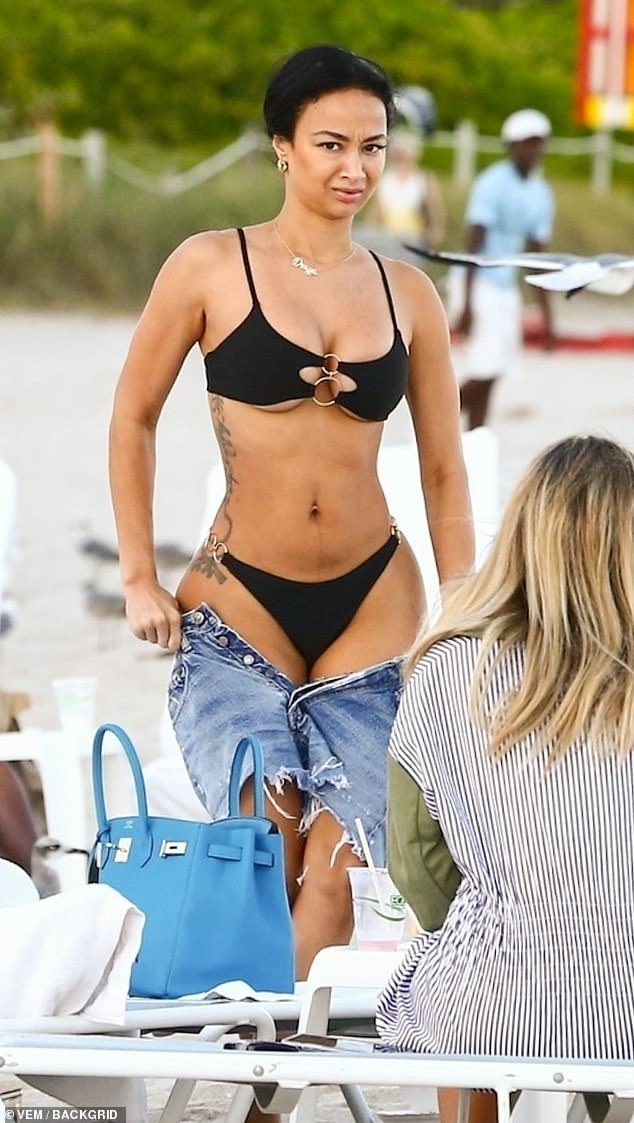 Stunning: Draya Michele, 34, ensured all eyes were on her as she displayed her sensational curves while relaxing on the beach in Miami on Saturday

The reality star also sported a pair of blue denim shorts and styled her raven locks into an updo for the day.

Displaying her lithe physique, Draya wore a pair of gold sunglasses along with a matching necklace of her name.

Carrying a blue bag and green and white trainers as she went for a stroll along the sands, Draya completed her look with gold earrings.

Draya's appearance comes a few weeks after she admitted that although she enjoyed her time on Basketball Wives LA, she would probably not do a show like that again. 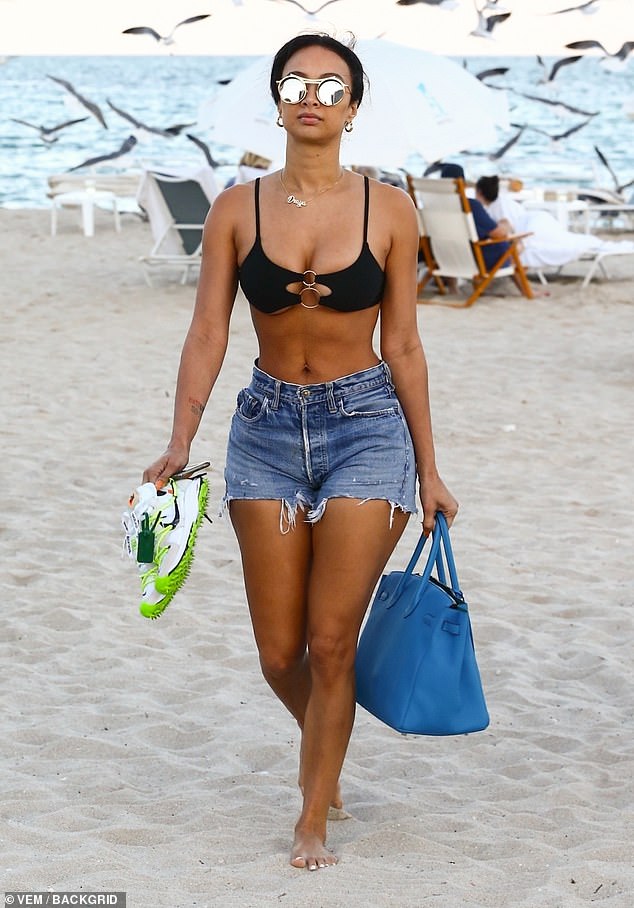 Radiant: The businesswoman looked nothing short of sensational as she donned a black bikini with a cut out at the middle as she relaxed on the sands

'It was alright,' she told E! News of her time on the show. 'It was an experience. I'm glad I went through it; not really trying to go through it again.'

The Beauty said she signed up for the show due to her 'hustler' tendencies:

PREV Kylie Jenner kept a wrist injury secret for months... as she shares the news ...
NEXT Sofia Richie and Scott Disick bundle up for some shopping in Aspen