'It's just a trick!' Why Rebecca Judd is convinced Karl Stefanovic and Jasmine Yarbrough's 'pregnancy announcement' is a HOAX

Karl Stefanovic and Jasmine Yarbrough may have fans convinced they're expecting a baby, but Rebecca Judd isn't sold.

Appearing on Monday's episode of The 3pm Pickup, the 36-year-old WAG said she is skeptical of social media photos which purportedly show a pregnant Jasmine during her 'baby shower' over the weekend.

'I reckon they're playing around, because it is a food baby! I get a food baby after every meal,' Bec told her co-host Katie 'Monty' Dimond, referring to Jasmine's rounded stomach.

A 'food baby' refers to the bloating of one's stomach after eating.

Bec, who has lived in the public eye for years, also said it's unlikely that Jasmine's friends would have carelessly spoiled her pregnancy announcement by posting about it on social media.

'Friends of high profile couples like that, know not to be the thunder stealer and announce the pregnancy like that,' she insisted, adding that she believes the whole saga is just a publicity stunt. 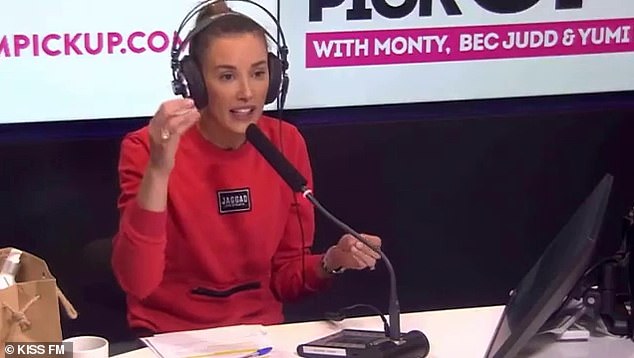 'I reckon it's just a trick to get the tabloids talking': WAG Bec Judd, 36, says she's convinced Karl Stefanovic and Jasmine Yarbrough's 'pregnancy announcement' is a HOAX to drum up publicity 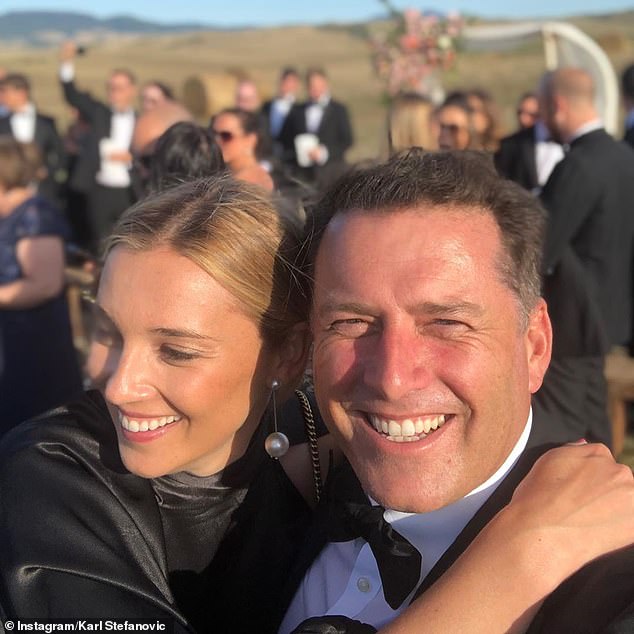 Skeptical: Bec, who has lived in the public eye for years, also