They star together in director-writer Greta Gerwig's adaptation of Little Women.

And Timothee Chalamet enjoyed from downtime from the film's busy promotional tour as he joined co-star Florence Pugh at a football match at the Parc des Princes in Paris, France on Wednesday.

The actor, 23, appeared in high spirits as he enjoyed the match between PSG and Galatasaray, while Florence, 23, was also engaged in the game. 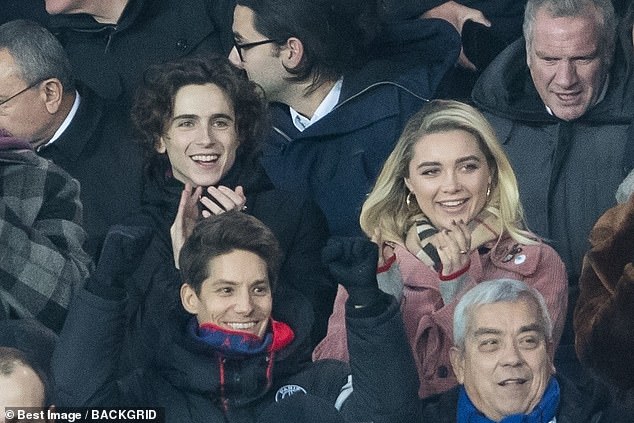 Fun times: Timothee Chalamet enjoyed from downtime as he joined co-star Florence Pugh at a football match at the Parc des Princes in Paris, France on Wednesday

Wrapped up against the cold in a black hooded jacket, the star was seen cheering and clapping along as he got stuck into the match.

She swept her blonde locks into a simple side-parting and added a subtle palette of make-up to her face.

The duo, who play married couple Laurie and Amy in Little Women, looked happy and relaxed as they chatted away throughout the game. 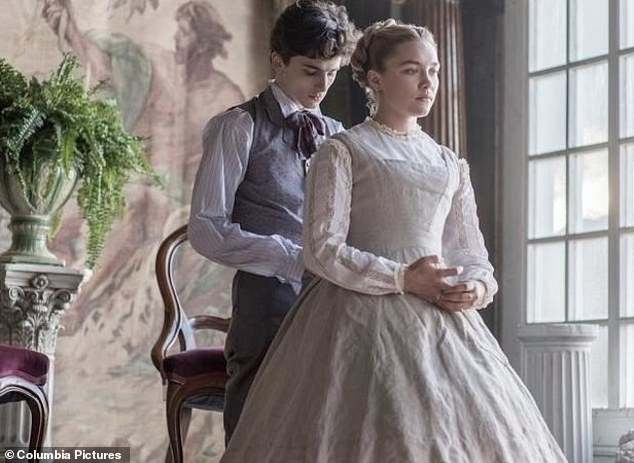 Co-stars: Timothee and Florence star together in director-writer Greta Gerwig's adaptation of Little Women as married couple Laurie and Amy

Their appearance comes after co-star Saoirse (who plays Jo) revealed it was her own persistence that landed her the coveted role.

The actress, 25, happily admitted to Variety that

Sofia Richie models a lime green tie-dye top as she heads to Craigs for dinner ...