Doctor Who Series 12 kicked off with a heart-stopping twist on New Years Day, as The Master made an epic return in an episode laden with guest stars.

The episode saw the TARDIS team try and track down aliens who were targeting MI6 agents, but it seemed they were coming from a threat far closer to The Doctor’s home.

Jodie Whittaker has also reprised her role as the titular Time Lord after being lauded by fans for her debut performance in 2018. 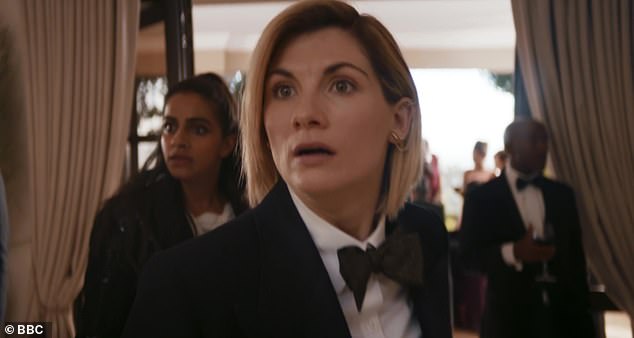 Doctor Who recap: It’s… The Master! Series 12 kicks off with an EPIC cliffhanger as the Time Lord’s nemesis returned in guest star-laden opener, which aired on Wednesday

The first of a two-part episode began with a typical Who mystery, as a woman took snaps of a coded message before electricity gave her a nasty shock.

While it’s not clear how long Yaz, Ryan and Graham have been travelling with the Time Lord, their ruse of plans to go ‘travelling’ seemed to have caused some suspicion.

As the trio prepare to go and join The Doctor, they’re kidnapped by the mysterious Men In Black, sparking the episode’s best line as Graham brands it the ‘worst Uber ever.’ 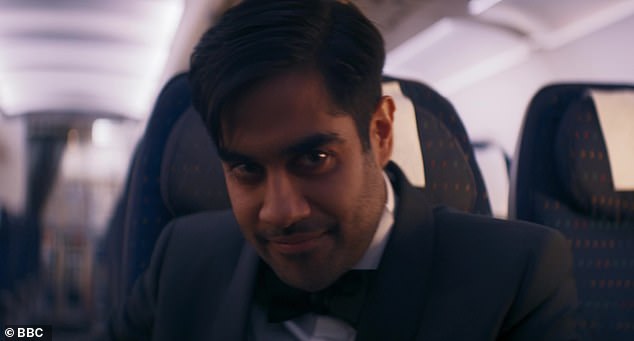 Intense: The episode saw the TARDIS team try and track down aliens who were targeting MI6 agents, but it seemed they were coming from a threat far closer to The Doctor’s home

The journey takes a dramatic turn as the agent is blasted by a laser from within the car’s sat nav, and the vehicle speeds out of control until it is perilously close to a ledge.

Given it’s only the first episode, The Doctor manages to stop the car and save her ‘fam’ (the name has stuck), and it’s revealed that the Men In Black were sent by MI6 and their head man C, played by Stephen Fry.

The episode’s key mystery is then revealed, as the woman from the airplane was found unconscious, and it seems that she was targeted by an otherworldly threat as her entire human DNA has been wiped to leave her an empty shell.

C tasks the Doctor with finding out why spies are being targeted, and she decides to track down a rogue spy known as The Horizon Watcher, who was the only member of MI6 who supported the presence of aliens, following the surprising demise of UNIT.

Drama: As Yaz, Ryan and Graham prepare to go and join The Doctor, they’re kidnapped by the mysterious Men In Black, who were sent by MI6 and their head man C, played by Stephen Fry

It even seems The Doctor has gotten with the times, as she quickly gets in touch with the agent on Whatsapp!

C also tells the team of the billionaire tech mogul and former agent Daniel Barton, played by Lenny Henry, who created the search engine VOR, who is described as being more powerful than most countries.

Before they have time to form a plan, C is killed by a laser, and The Doctor and the TARDIS team have to make a speedy escape before being caught by the aliens which seem to be