'We have spent the last few days with no electricity': The Bachelor's Laura Byrne thanks hero firefighters as she leaves the south coast fire zone with her fiancé Matthew Johnson

The Bachelor's Laura Byrne was among those who found themselves affected by the NSW south coast bushfires on New Year's Eve.

Taking to Instagram on Thursday, the 33-year-old jewellery designer thanked the firefighters and volunteers battling the blazes.

She also uploaded a photo of her fiancé, Matthew Johnson, at the beach after they had retreated there for safety.

Seven people died in NSW alone on New Year's Eve, with another life lost in Victoria. 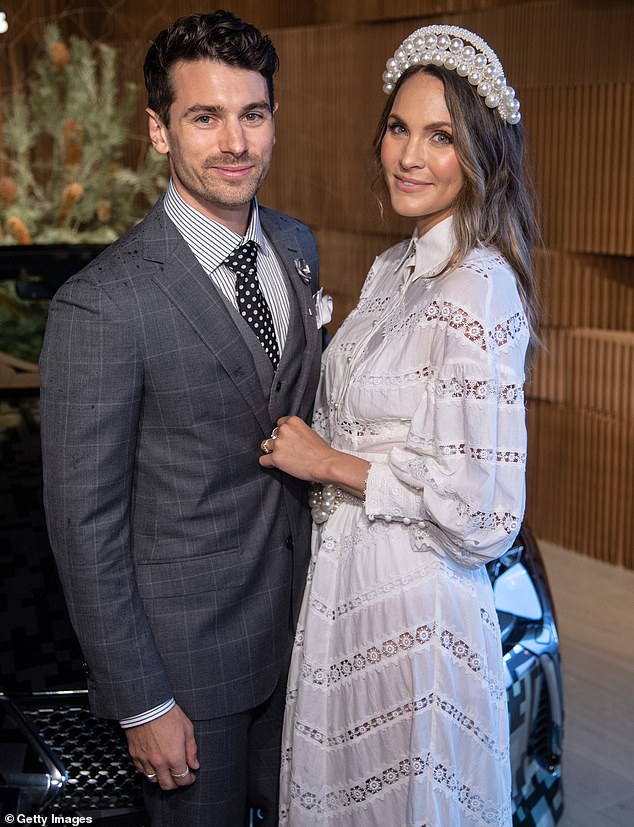 'We are so immensely lucky': Laura Byrne thanked firefighters and volunteers for being heroes as she left the South Coast fire zone with fiancé Matty 'J' Johnson on Thursday. Pictured in November

'We are so immensely lucky. Just a few kilometres away from us there were families who lost everything,' she wrote.

'I wish this was a happy belated New Years post, but after the devastation that has happened on the South Coast, sadly it can't be.'

Laura said she and Matthew had been 'immensely lucky' as many other families in the area had lost their homes. 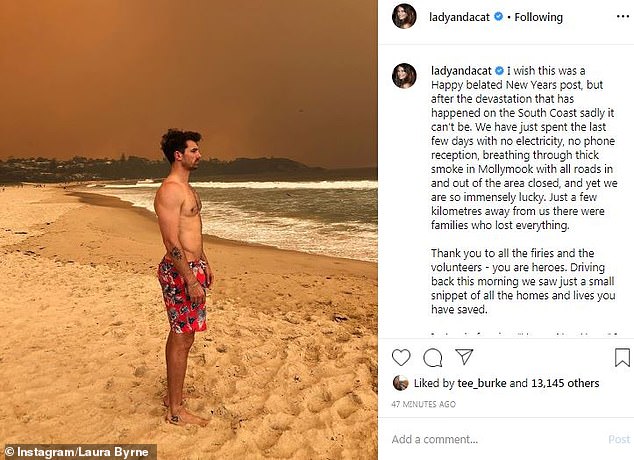 Perspective: Laura shared a photo of Matty on the beach with a blanket of thick smoke visible. She counted themselves as 'immensely lucky' with other families in the area having lost their homes

'We have just spent the last few days with no electricity, no