'How the hell am I supposed to sleep tonight BBC?': Dracula leaves viewers TERRIFIED with its blood-soaked first episode... but some fans are distracted by the vampire's very quirky accent

Viewers were left terrified after watching the first instalment of Dracula on BBC One, which aired on Wednesday night.

The blood-soaked first instalment of Mark Gatiss and Steven Moffat's adapation of Bram Stoker's classic was so scary that some questioned whether they would be able to sleep after it ended.

In the disturbing episode, a decrepit Jonathan Harker (John Heffernan) is questioned by Sister Agatha  (Dolly Wells), as she tries to get to the bottom of what happened to the lawyer during his stay with Count Dracula (Claes Bang). 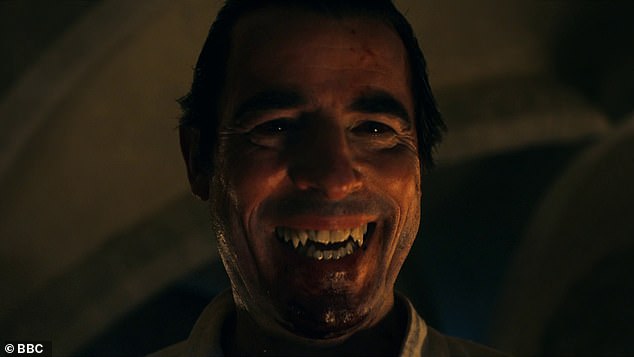 'How the hell am I supposed to sleep tonight BBC?': Dracula left viewers TERRIFIED with its blood-soaked first episode on Wednesday

Full to the brim with horrific scenes, Harker was tormented during his stay at the castle as he one scene saw him be chased by undead zombies, while another saw one of Dracula's brides drain his blood.

But it was the show's epic yet disturbing second half that made viewers' blood run cold, when the vampire burst out of the body of a wolf as he transformed from beast to man when attacking the monastery where Harker was being kept.

Soaked in blood and fully nude, Dracula confronts Sister Agatha and her fellow nuns who thwart him temporarily, only to die brutally when Harker invites him into the holy building. 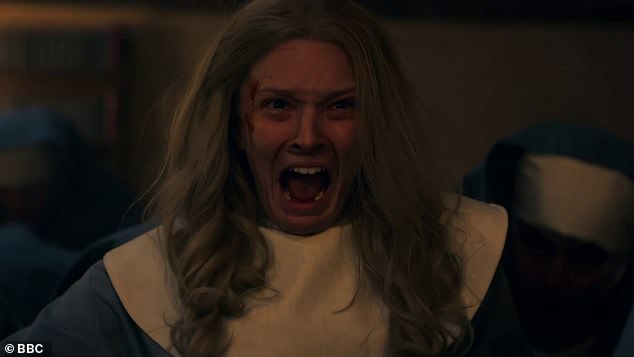 Horrifying:The show made viewers' blood run cold when the vampire burst out the body of a wolf, before Dracula later ripped off Jonathan Harker's face to reveal himself underneath

But that wasn't all that would spook viewers, as the final moments of the episode saw Harker confront the vampire slayer and Harker's beloved Mina, only for him to be revealed as Dracula in disguise after his rips the former man's face off.

PREV Busy Philipps ends 2019 with epic rant about being 'blindsided' by E!'s ...
NEXT Sofia Richie and Scott Disick bundle up for some shopping in Aspen