Lindy Klim and Michael Klim split up in 2016.

And almost four years on, it seems there is no animosity between the former couple after the model, 43, smiled for a photo with her ex and his new girlfriend.

In the group photo, taken at Tropicola Beach Club Bali on Thursday, the Balinese princess was joined by her second husband, British property developer Adam Ellis. 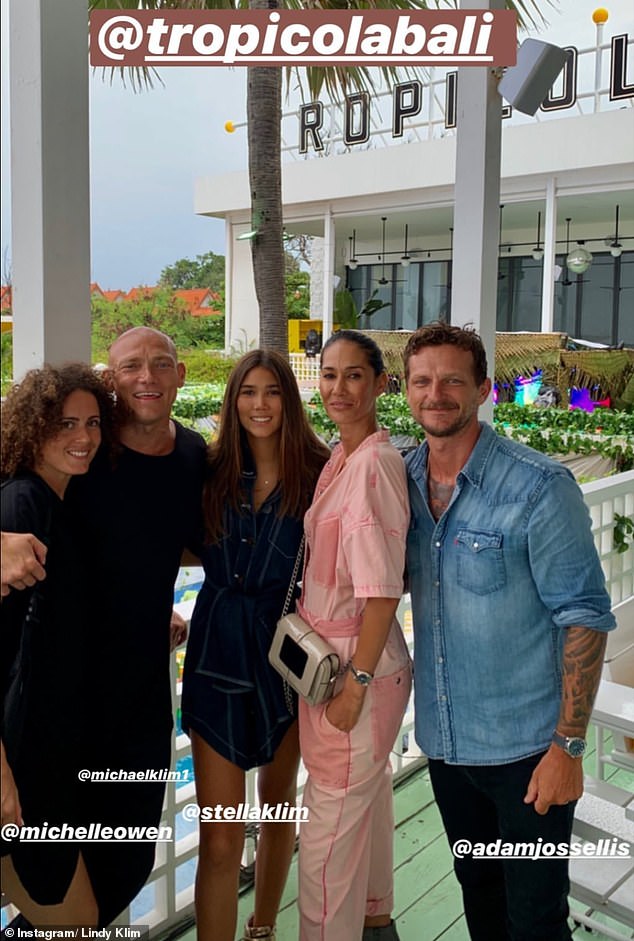 Smiling in the centre was Lindy's eldest daughter, Stella, 13, who posed alongside her champion swimmer father Michael with new love, DJ Michelle Owen.

The group appeared to be comfortable together, beaming for blended family snap.

Lindy also posted another photo of herself, this time smiling alongside her former husband along and fellow Olympic swimmer Geoff Huegill at the beach club.

The socialite, showing no signs of bitterness with her ex, captioned the photo: 'Old friends'. 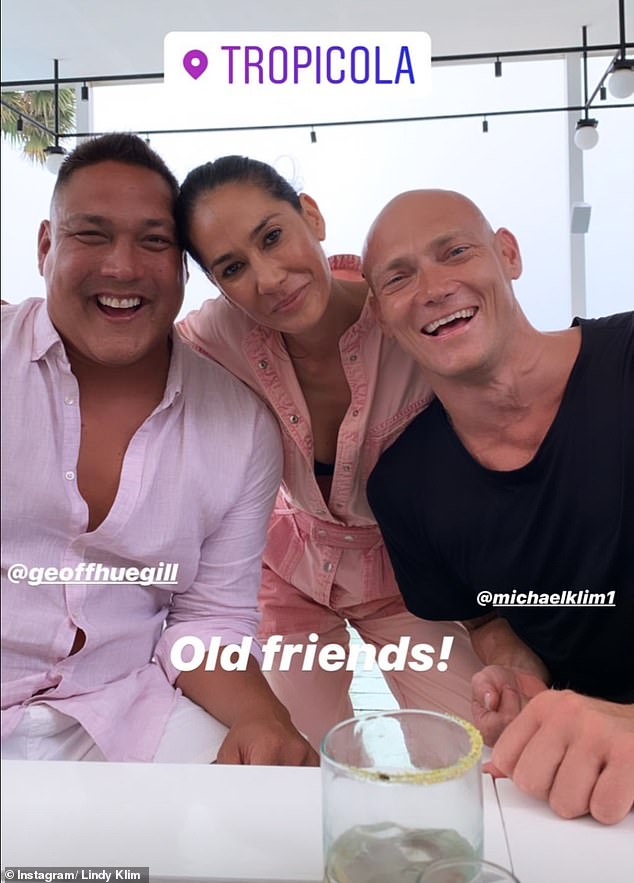 'Old friends': Lindy also posted another photo of herself, this time smiling alongside her former husband and fellow Olympic swimmer Geoff Huegill (left) at the

PREV Eva Longoria dons £246 swimsuit for 'pool day' with son Santiago during NYE ...
NEXT Sofia Richie and Scott Disick bundle up for some shopping in Aspen