'Emma woke up from her nap!' Friends child star who played Ross and Rachel's daughter pokes fun at Chandler's 2020 joke... as fans go WILD for her hilarious reference

Despite coming off air 16 years ago, fans of Friends remain as loyal as ever.

So as the world entered 2020 on Wednesday, eagle-eyed devotees shrewdly referenced a 2003 episode of the show, in which an enraged Chandler claimed Ross and Rachel's daughter Emma would not have woken up till 2020.

Getting in on the action, one of the actresses who played baby Emma, Noelle Sheldon, 17, was poking fun at the situation as she photoshopped a snap into Central Perk while joking about having 'the best nap of all time'. 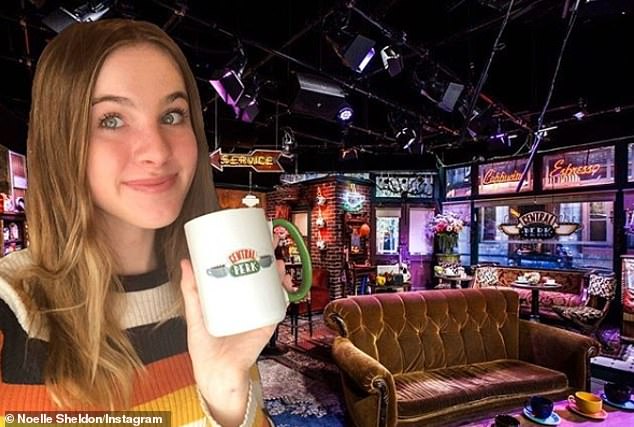 Haha! She delighted fans with the hilarious comment as she referenced the episode

In The One with the Cake - the fourth episode of series 10 of Friends - the group are gathered for Emma's first birthday despite all having prior engagements.

PREV Michelle Bridges reveals her sprawling $2.7 million home in the Southern ...
NEXT Sofia Richie and Scott Disick bundle up for some shopping in Aspen