'I went to draw a smiley face on it!' I'm a Celebrity's Ryan Gallagher reveals he tattooed his own penis while drinking with his mates

Reality stars are known for putting it all out there, but it seems one loveable larrakin has been keeping a naughty little secret.

Former Married At First Sight star Ryan Gallagher is well known for his love of tattoos, but he recently confessed to having one in a very private area.

The 31-year-old told 10 Daily he'd been drinking when he and a mate decided to pull out his personal tattoo gun to give the reality star a cross on his left hand. 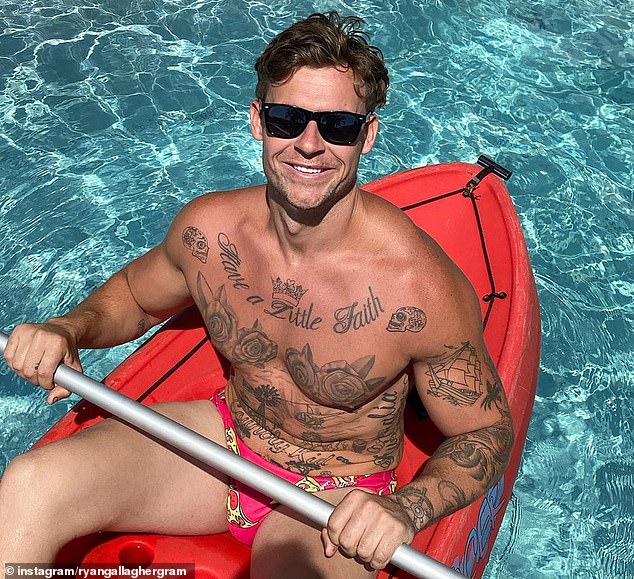 Naughty: I'm A Celebrity's Ryan Gallagher is well known for his love of tattoos but he recently confessed to having one in a more private area

'I got home, me and my mate were drunk and I had my tattoo guns. He said the most painful part of the body is the palm of your hand so…' he told the publication, deciding to do another one on the tip of his penis.

'I went to draw a smiley face on it and I hit it and went HOLY F**K that hurt. So now I've got a blue dot,' he told the publication.

He went onto explain that the dot 'looks like a melanoma' which has put him in a tricky situation when he has had to explain what happened to dates. 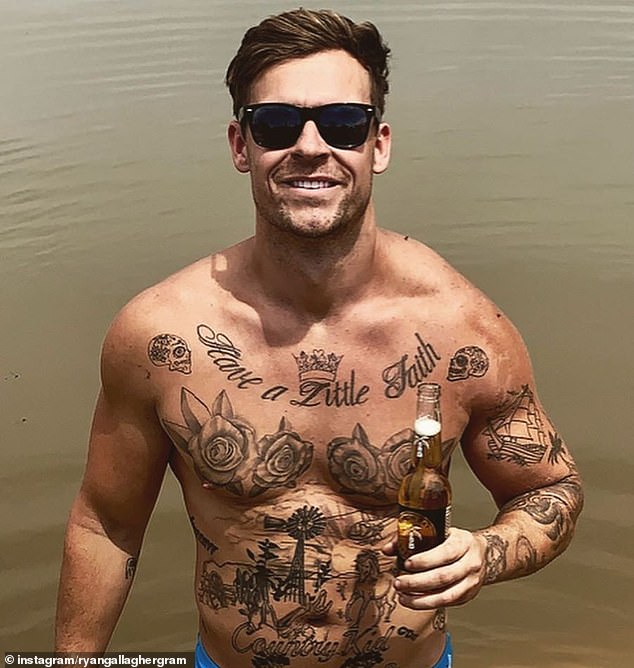 Self taught: Ryan Gallagher, has given himself tattoos including an anchor on his

PREV Hugh Jackman kisses co-star Rebecca Ferguson as they film a passionate love ...
NEXT Sofia Richie and Scott Disick bundle up for some shopping in Aspen