Lizzo stole the show at the 2019 American Music Awards when she walked the red carpet with a miniature white Valentino purse.

And on Tuesday, she rocked another quirky handbag while strutting her way through Sydney Airport with her entourage.

The Cuz I Love You star, 31, looked glamorous while being escorted through the terminal as eager fans were kept at arm's length. 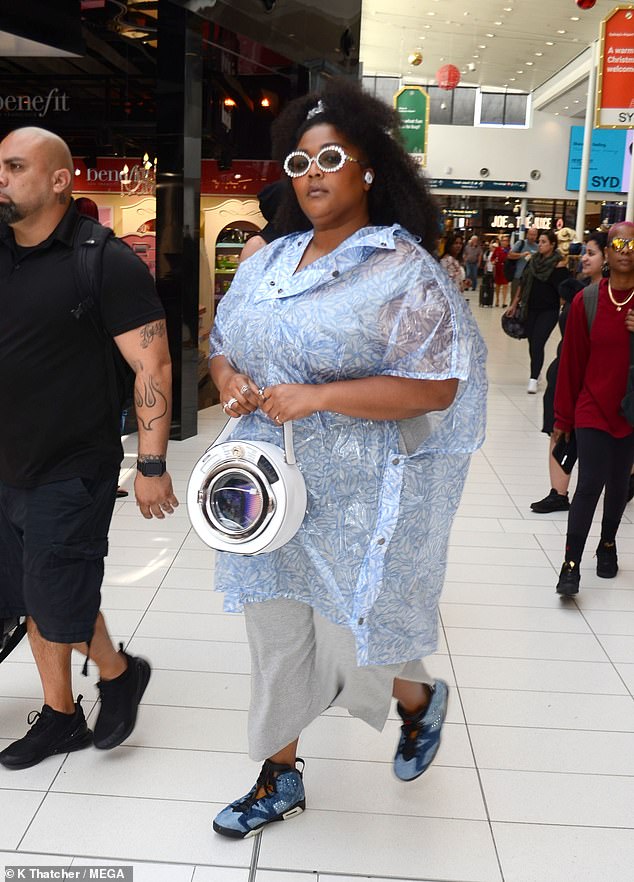 Lizzo, whose real name is Melissa Viviane Jefferson, looked every inch the rap superstar in a blue plastic raincoat and glamorous shades.

One male approached the Good As Hell hit-maker with a stack of papers and asked for her to sign them.

However, while Lizzo didn't object to selfies, she declined to his request by saying: 'You're probably going to sell them.' 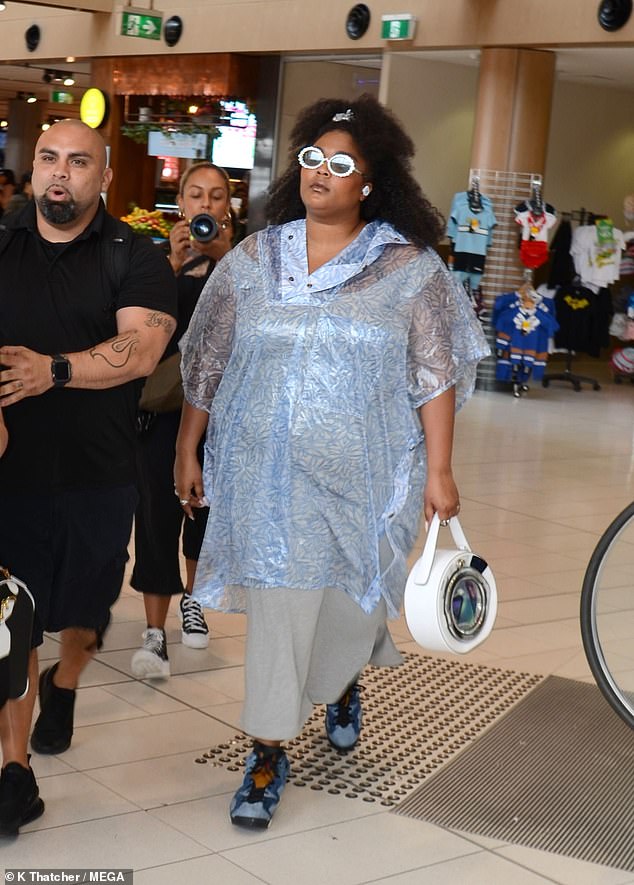 Get back! Lizzo was escorted by a personal security guard and an airport staff member, which helped keep fans from crowding the global star

PREV Tom Hanks gives shout-out to 'five kids' during Golden Globes speech... even ...
NEXT Sofia Richie and Scott Disick bundle up for some shopping in Aspen