She'll be returning to small screens for another season of her reality show, Very Cavallari, in just a few days.

But Kristin Cavallari was already the center of attention as she continued promoting the series on Monday.

The MTV vet, 33, looked fabulous in a lime green dress with silver high heels at the Extra studios in Burbank, California. 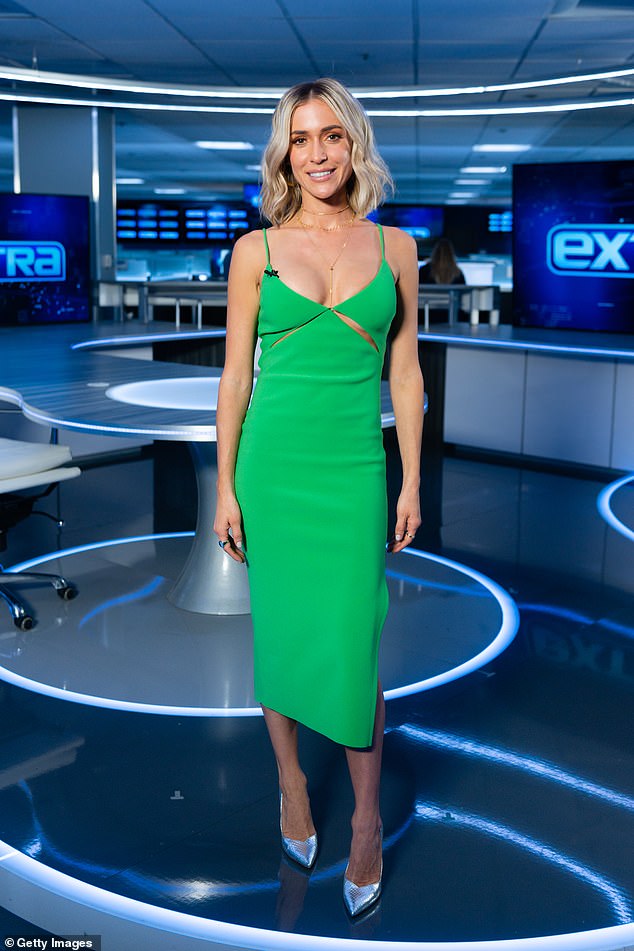 Going green! Kristin Cavallari was already the center of attention as she continued promoting the series at Extra on Monday

The former Laguna Beach star rocked a head full of elegant, beachy waves that danced atop her shoulders.

Kristin looked absolutely picture perfect with a bronze coat of eye shadow and pink hue of blush atop her cheeks.

She added a dressy touchy with her gold chain necklace and hoop earrings, which were a nice contrast to her metallic heels.

Radiant smile on her face, Kristin showed no signs of slowing down. 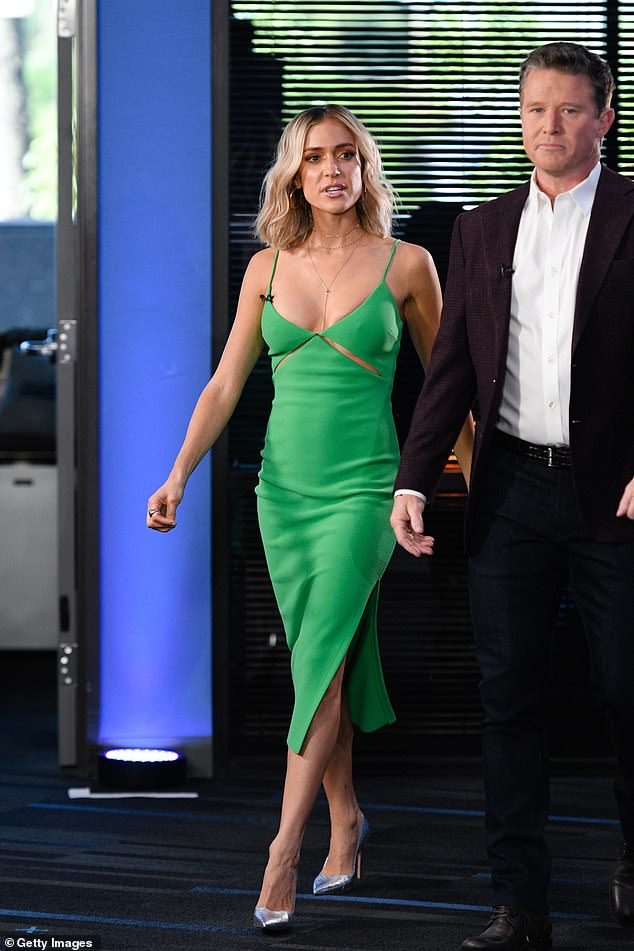