Katharine McPhee shares an emotional farewell before the final performance of Broadway's Waitress: 'I will always cherish my time here'

Katharine McPhee hung up her apron for the last time when the curtain fell on the Broadway production of Waitress.

The singer-actress, 35, delivered her final performance as Jenna Hunterson on the Great White Way on Sunday.

And she was all class when she took to Instagram to share her emotions and gratitude in a lengthy message to fans and followers, along with a photo of herself changing into her character at the Brooks Atkinson Theatre in New York City. 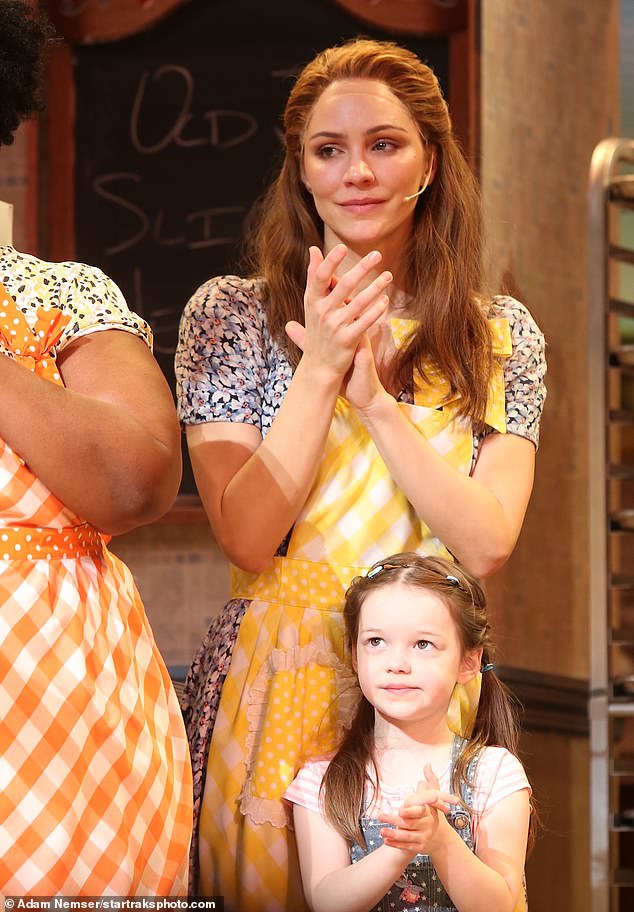 Farewell: Katharine McPhee delivered her final performance as Jenna Hunterson when the curtain fell for the last time on Broadway's Waitress

'Like the song “Everything Changes” at the end of the show — so much of my life has changed during the course of my time here on Broadway and also during the time in which I had the incredible honor to open the show in London. I will always cherish my time here, both on and off the stage,' she began in the caption.

She would reprise the role across the pond at the Adelphi Theatre in London's West End from February 8 - June 15, 2019.

The former American Idol alum then made her triumphant return to Waitress for the last leg of the Broadway show from November 25, 2019 - January 5, 2020. 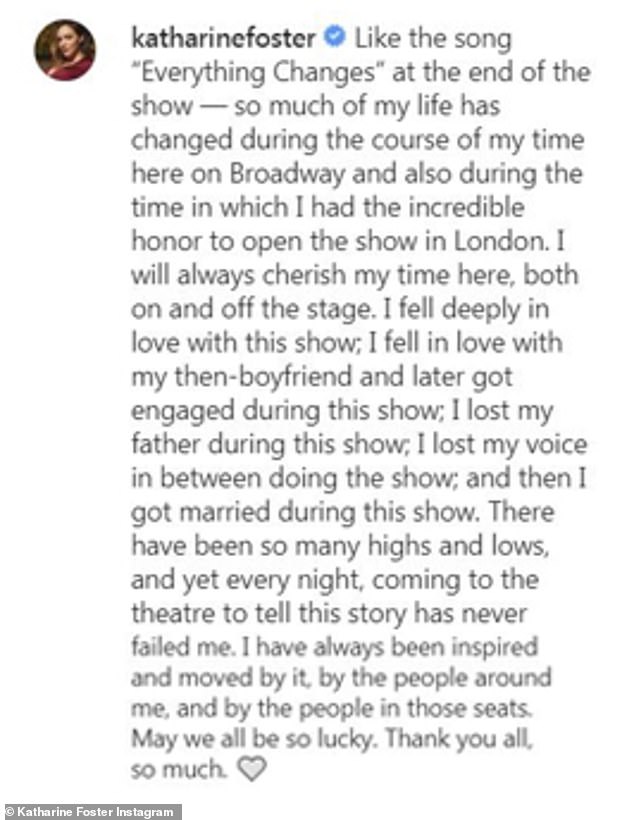 Humbled! McPhee shared her emotions and gratitude about her time in Waitress in a lengthy message to fans and followers, along with a picture of herself

PREV Goldie Hawn enjoys the sun in LA as she runs errands in black tank and leggings ...
NEXT Sofia Richie and Scott Disick bundle up for some shopping in Aspen