Keeping the magic alive! The Bachelorette's Carlin Sterritt claims Angie Kent is his 'patronus' as he recreates a scene from Harry Potter

Carlin Sterritt has referred to Angie Kent as his 'patronus'.

Taking to Instagram Stories on Tuesday, the 30-year-old winner of last year's Bachelorette shared a TikTok video of himself recreating a scene from Harry Potter.

In Harry Potter, a patronus is a charm, which appears as a bright light, sometimes in the form of an animal, and is designed to protect the wizard casting the spell. 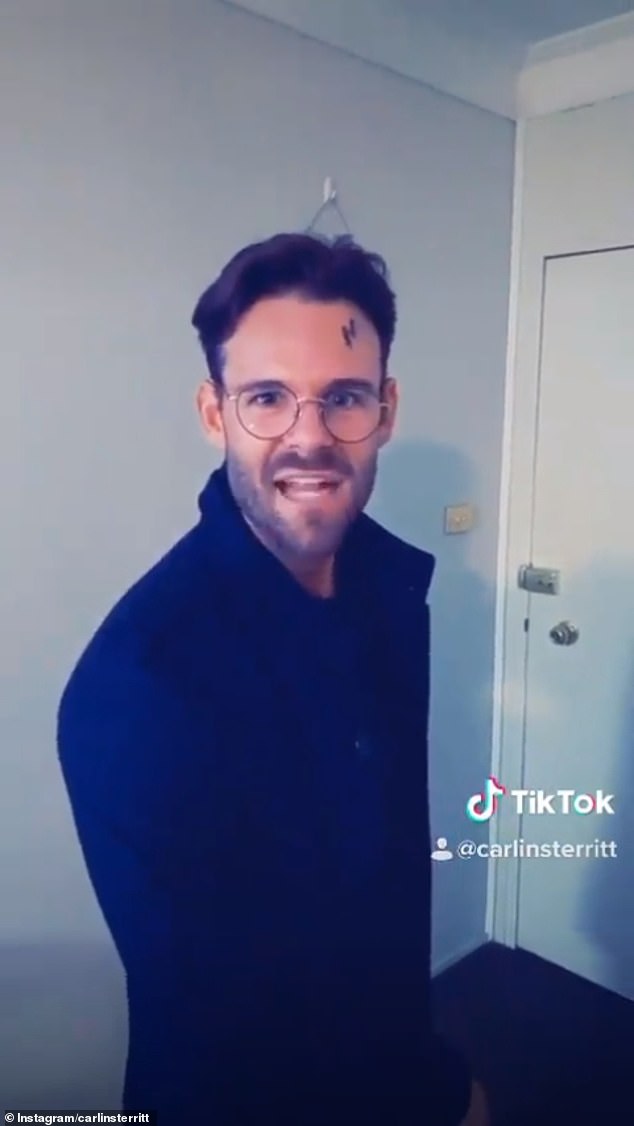 Living out his dreams: Taking to Instagram Stories on Tuesday, Carlin Sterritt (pictured) shared a TikTok video of himself recreating a scene from Harry Potter

The video shows Carlin mouthing along to a scene from the hit movie franchise, which starred Daniel Radcliffe and Emma Watson.

Initially donning a blonde bobbed wig, Carlin recited Hermione's lines from the film, before transforming himself into Harry, complete with a lightning bolt scar and glasses.

As he yells, 'Expecto patronum!' - the spell to conjure a patronus - Carlin pulls out a wand and points it dramatically at the camera. 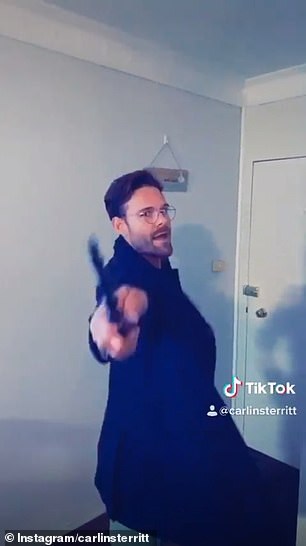 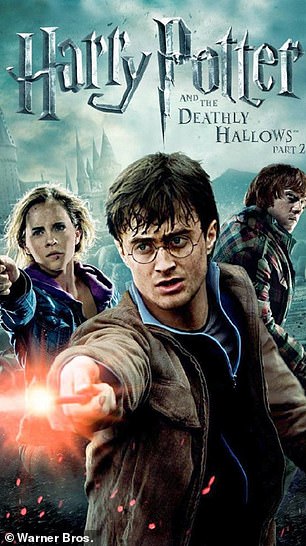 Making magic: As he yells, 'Expecto patronum!' - the