On Monday, they were officially unveiled as the 11 new recruits who will be stepping into the Love Island villa for the show's first ever winter edition.

And the fresh batch of toned, tanned and toothy singletons have now shared more details about their personal lives ahead of the ITV2 monster hit's Sunday debut.

Heir Ollie Williams has casually revealed his neighbours are Prince Charles and Camilla, while customer service adviser Leanne Amaning has declared herself the 'Beyoncé of Waltham Forest' – and that's just for starters.

Telling all: The fresh batch of singletons who have signed up for Love Island's first ever winter series have shared details of their personal lives in a collection of videos released ahead of Sunday's highly anticipated launch

Policeman Mike Boateng makes his uniform look 'so good' that he's been mistaken for a stripper, while singer Paige Turley's expectations particularly are high as ex Lewis Capaldi purportedly wrote a song about her.

Of course, while there's no shortage of confidence about the new recruits, there's also a number of confessions that could well win over the sympathy of viewers.

There's unlucky-in-love 'politics nerd' Shaughna Phillips, whose new man must get along with her beloved mother Tracey above all, and the even less fortunate builder Nas Majeed, who says he's been 'dumped by everyone'.

And although scaffolder Callum Jones is a dab hand in the kitchen, he's never been in a relationship, mainly because working on a building site leaves him solely in the presence of 'dirty smelly men'. 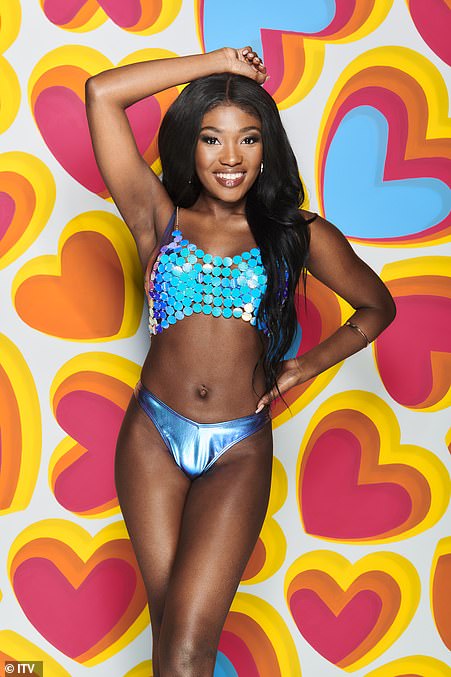 "I’m the Beyoncé of Waltham Forest. The type of guys that come up to me on a night out I literally wouldn’t look twice at, just no. I give a fake number, a fake name, fake Snap, fake Insta. I’m not interested. Technically speaking, I’ve never had a boyfriend. I’ve had my fair share of situationships and they’re not for me. A situationship is when you’re together, but not together, so like you’re together without the label. I want to go on Love Island because I want to overcome my fear of men, like I am genuinely terrified. I pledge to change. I’m not going to be scared of men anymore and I’m going to be open to finding someone." 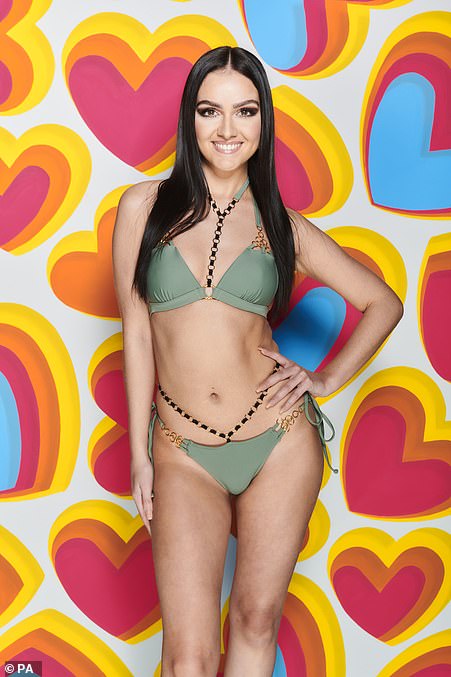 "Having the second name Fudge does make me feel really unique. I love dessert dates. I love going to a gelato [eatery], I don’t really know how you pronounce it. The last guy that I was seeing, his name was Prince. He was no Prince Charming for me. It’s put me off princes for life. I need to find myself a king! I hope to find love on Love Island, someone who actually wants to pursue something. I believe that I can find that and I do believe that there is somebody out there for everyone. My friends and family would describe me as the Princess of Jasmine of Bristol. I just need to find my Aladdin!" 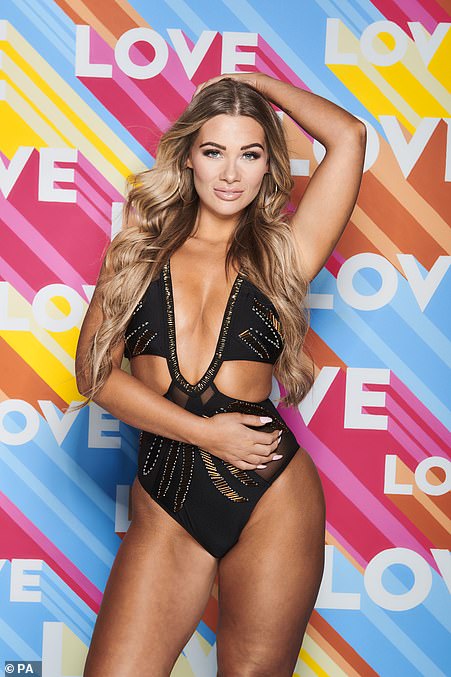 "I’m a big politics nerd. I work with people that are in politics. I sound completely different to the, My ideal man would be six foot-plus. or just taller than me in heels, nice to my mum, because if you don’t get on with Tracey then there’s no future. I am definitely what you would call a relationship girl. There’s nothing better than Sunday snuggles and a bit of Gogglebox. I have bad luck, it’s not even bad luck, it’s the cocky boys I attract. And then as soon as I’m sold the dream, I purchase, I throw the receipt away, and then hook line and sinker. I’m definitely confident when it comes to my looks, but I just think my personality tops it… No, that’s so big headed! I just want to get into the villa now. The thought of lying around the pool all day, beautiful men and lathered up, I mean what could do wrong?" 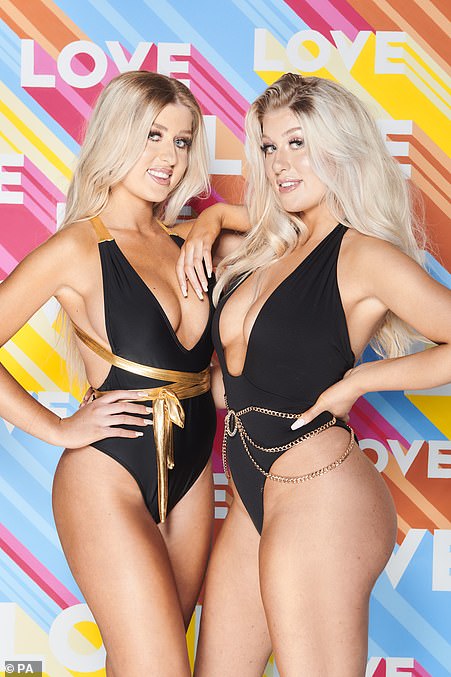 Eve: I think the boys, when they see us come into the villa, will probably be shocked.

Jess: I think they’ll be intrigued to think, “Are they close? Do you think I can shoot my shot with just one of them or both of them? How do I go about this?”

Eve: We’re very protective over each other… I would react worse to someone treating Jess badly than I would treating myself badly. We like really confident guys. If we were to go to the club, not the guy standing in the corner, the guy dancing.

Jess: I think we do share the same type, definitely. We want to do Love Island just because I think it will be so fun… Even if we go on separate dates, we won’t be too far. 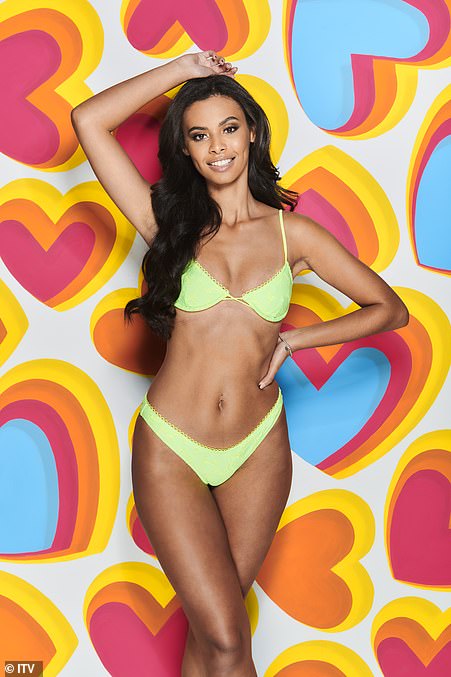 "I’d like to say people find me warming. I’ve always got these dimple out anyway, so I’m welcoming you with an open heart. I literally don’t date at all. I feel like the thought of a date actually makes me feel physically sick. I definitely would never approach a member of the opposite sex. If a boy looks at you and finds you good looking, he should come over to you. I just want to find someone. I just want to look at them and think, “Wow, you are amazing and I want to spend the rest of my life with you!” Sorry, I just made myself cringe. I’m excited to get into the villa. It would be so ideal if I just met someone, got along with them and lived a happily ever after." 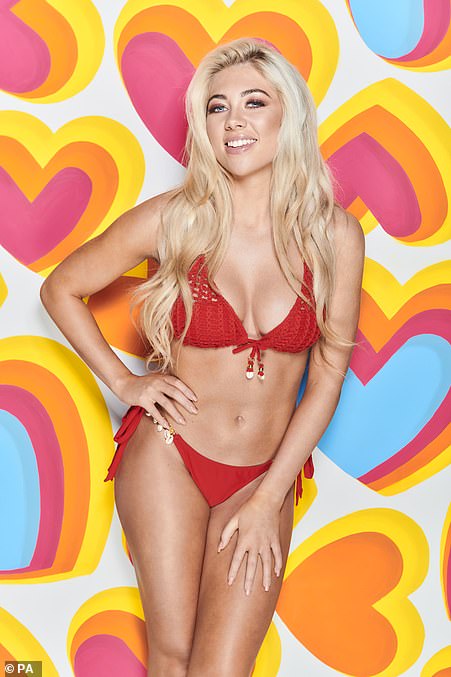 "I would describe myself as a drama queen. I overreact. One of my ex-boyfriends is actually in the limelight. He may possibly be Lewis Capaldi. According to the papers, they think the song was about me. The song was called Someone You Love. If that’s the case, Ross I’m so sorry! I want to go in and find people I don’t usually cross paths with. Hopefully somebody with a cockney accent. My expectations are high. If I’ve got a song written about me, boy you better be bringing it!" 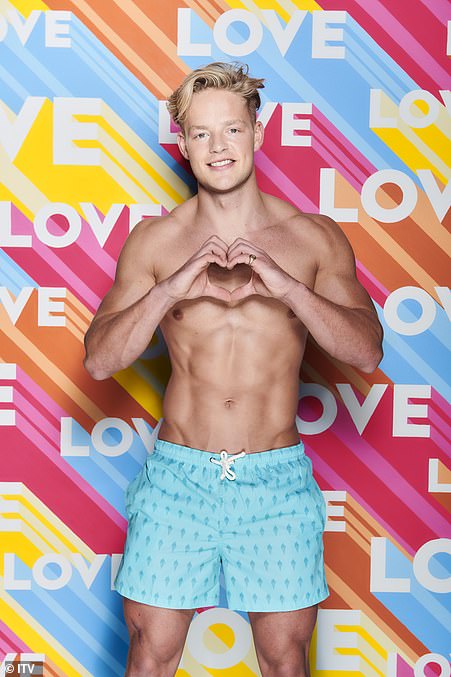 Occupation: Heir to the Lanhydrock

"When my dad dies, I’m going to be a lord! My next door neighbours are famously Prince Charles and Camilla. I definitely would describe myself as wealthy, but don’t like to brag about it. I fall fast and I fall hard when it comes to love. I can get a bit soppy. and the love word can come out a bit too prematurely. When I like a girl, I normally slide into their DMs, if they haven’t, and just sort of go from there. You know, standard take them out for drinks, dinner and the rest. Am I a good boyfriend? It depends which ex you ask, I suppose. My ex of four years founded out I cheated on her. I definitely broke her heart and probably broke my own heart at the same time. I’ve not done it since and would not do it again. My perfect girl is blonde, petite, wouldn’t harm a shred of grouse moor as well.. It’s like a pit of land which is like a heather low grass. It’s a big deal." 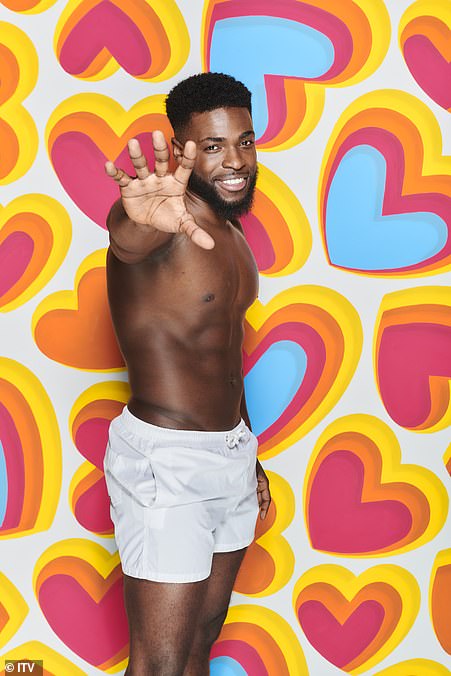 "I have been mistaken for a stripper on many occasions, but let me tell you I’m not a stripper. I just make the uniform look good. I’d say I was pretty ugly growing up, Ill throw it out there. I