Lucie Donlan is clearly trying to ensure the Love Island cast of 2019 aren't rendered obsolete as the new winter series kicks off this week.

The former contestant took to Instagram to post a snap of her in a tiny black bikini, posing provocatively by a sun-drenched swimming pool.

The sultry snap sees Lucie, 29, flaunting her busty frame as she kneels in front of the camera. 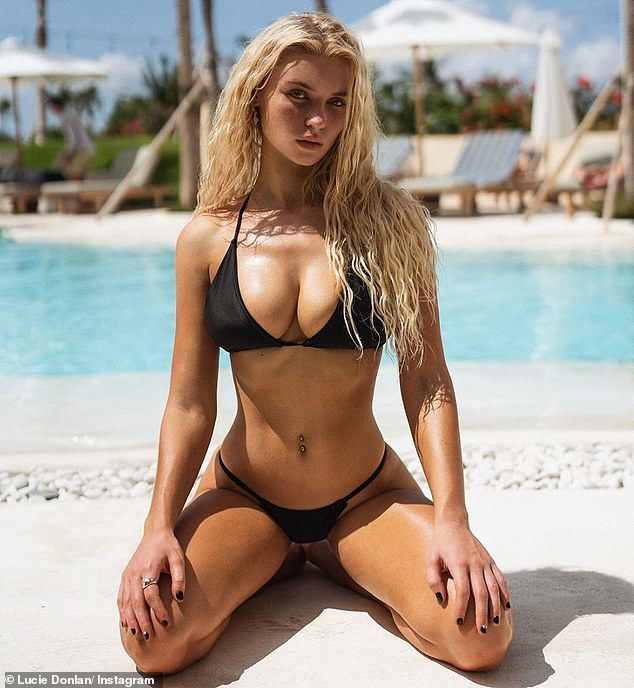 At it again: Lucie Donlan is clearly trying to ensure the Love Island cast of 2019 aren't rendered obsolete as the new winter series kicks off this week

Showcasing a bronzed complexion, very little make-up and a wavy blonde locks, Lucie ensured she kept things cryptic by posting the caption: 'That’s the thing about being one with the wild, you’re always growing...'

Lucie's been back from skiing for a few days, where she was sure to still post saucy snaps, despite the freezing snow.

And since her return to the UK, she's kept fans happy with several further bikini images - even when loitering around in her kitchen.

nd wasting proved just why as she shared her latest sizzling bikini snap on Instagram on Thursday evening - where she put on a breathtaking display.

The stunning surfer, 29, donned a sexy nude two-piece with a white lace detailing and tiny triangle cups to make the most of her eye-popping cleavage in the post shared shortly after she lifted the lid on her Love Island journey to fans.

Lucie looked nothing short of sensational in the sexy ensemble which made sure her taut abs and eye-popping bust stole the show.

Her blonde locks were in her favoured beachy waves while she went for a glowing look with her skin as she chose to go make-up free.

As the next batch of contestants prepare to make a splash when the inaugural winter series of Love Island, which is set to kick off this month, on Thursday, Lucie looked back on the very stringent application process.

Lucie has not revealed if she was scouted by casting agents, or applied via the via the general application process, yet recalled that she headed to her first interview with ITV producers on January 25. 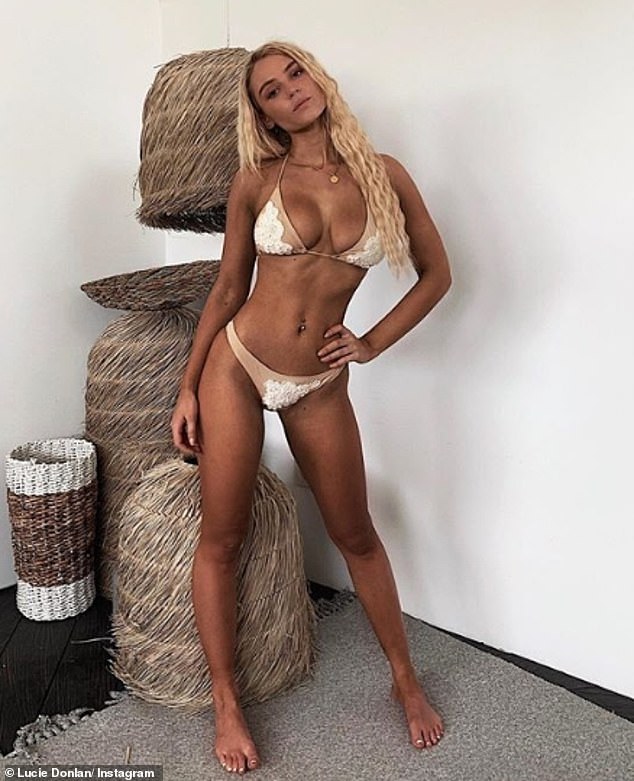 Tan-tastic: Lucie was at it again on Instagram on Thursday evening 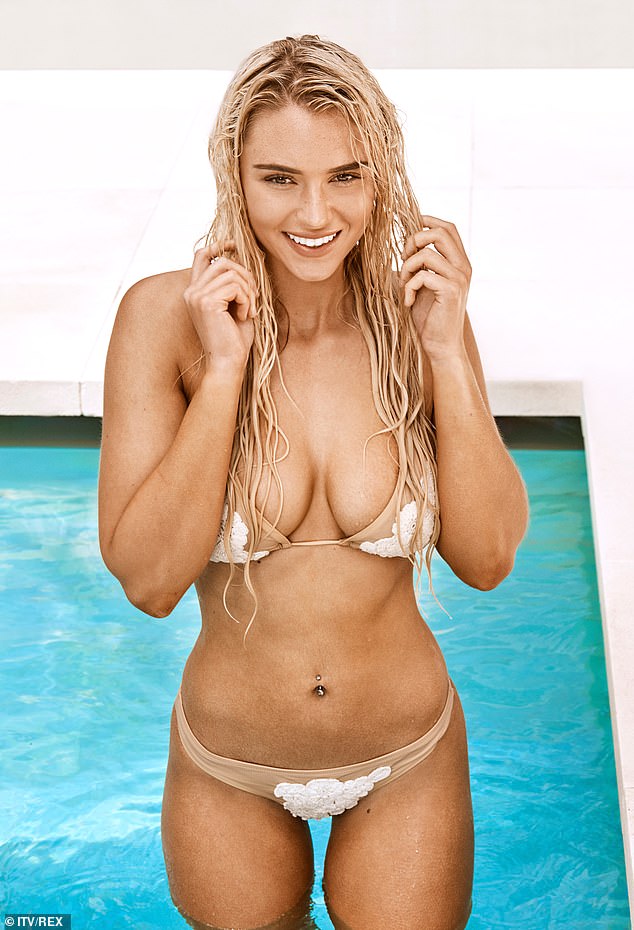 Looking back: She won a legion of admirers following her stint on Love Island over the summer 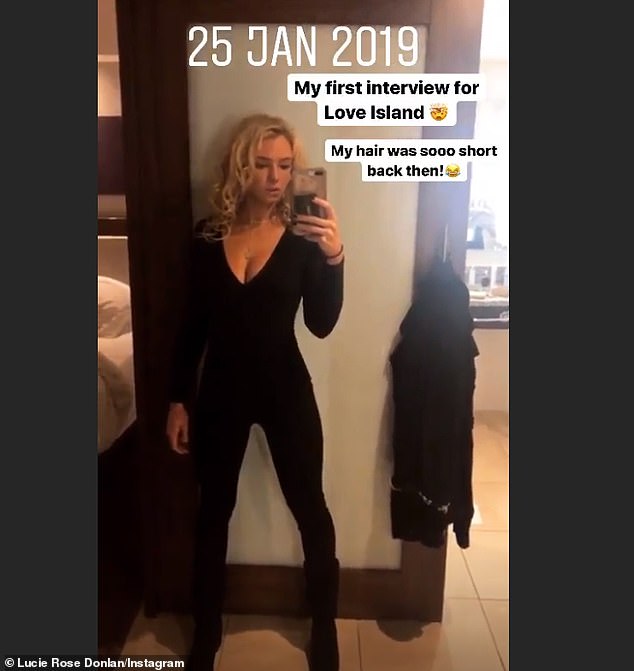 First interview: Lucie has not revealed if she was scouted by casting agents, or applied via the general application process, yet recalled that she headed to her first interview with ITV producers on January 25

Although she did not specify how many pre-show interviews she attended, the pretty blonde confirmed that she had her final chat with producers on March 15, the same day as her first medical for the show.

Past contestants have revealed that they are checked for for drugs and steroids use, screened for STDs and even have their BMI monitored.

With the clock ticking

PREV MAFS' Jo McPharlin, 42, flaunts her extreme weight loss in a flirty lilac frock
NEXT Sofia Richie and Scott Disick bundle up for some shopping in Aspen