Yet some of the stars' similarities run a little bit deeper, as illustrated by the newly-unveiled batch of contestants for the 2020 winter edition of the show, who were revealed on Monday ahead of the sixth season.

A number of the 12 hopefuls heading to Cape Town to look for love in the series' first ever winter edition bear an incredibly striking resemblance to former stars of the show, including Mike Boateng's likeness to 2017 star Marcel Somerville and Ollie Williams' similarities to 2018's Charlie Frederick. 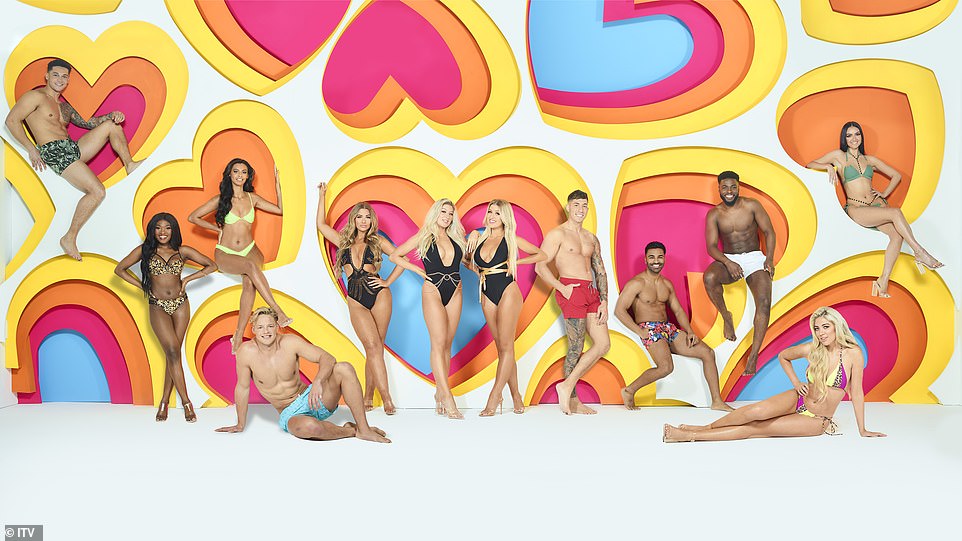 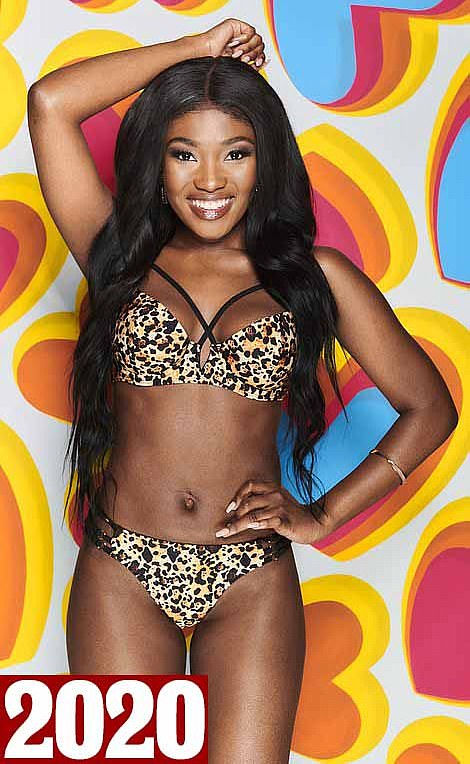 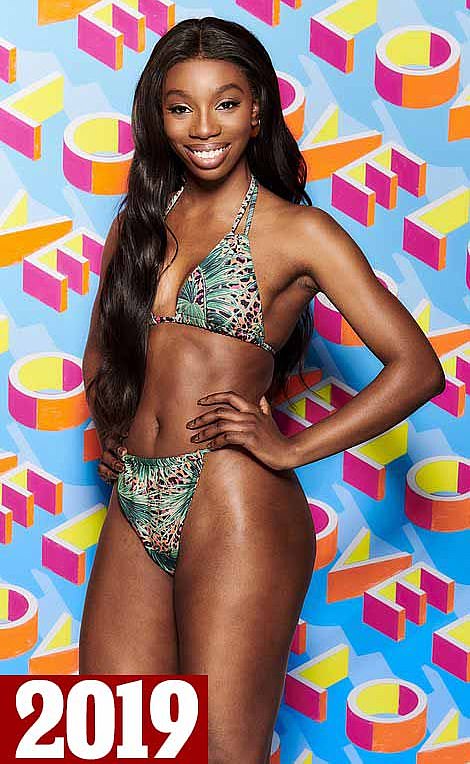 Woah! Miss Ghana UK 2016 contestant Leanne Amaning, 22, who works as a customer service advisor, seems to have borrowed her look from last year's star Yewande Biala, as she prepares to enter the show

Love Island's first ever winter season has already made a name for itself with its plentiful dollopings of drama, mostly due to the removal of host Caroline Flack after her arrest for assault last month.

But now the ITV2 reality show is back - months earlier than usual - and a new roster of sexy singletons will be landing on screens in a matter of days. And in this first look at the maiden voyage of winter Love Island, there's much to digest when it comes to the new cast - starting with their looks.

Twitter was flooded with comments from fans who noted the similarities with past contestants, with some musing if they had been 'made in a factory' or being 'BTEC versions' of former contestants.

Miss Ghana UK 2016 contestant Leanne Amaning, 22, who works as a customer service advisor, seems to have borrowed her look from Yewande Biala, as she prepares to enter the show.

Who's who?! Coffee Bean Salesman and part-time naked butler Connor Durman, 25, is a dead ringer for last year's victor Greg O'Shea, 24, with just tattoos seeming to set them apart

Stunning Shaughna Phillips, 25, who is a democratic services officer from London, looks to have borrowed the look of 2018 winner Dani Dyer - with tumbling locks falling from a centre parting and strikingly similar features.

When Kady McDermott entered the show in 2016, she was given the term 'Pocket Rocket', due to her petite stature, lengthy brunette locks and dazzling eyes.

Each year since, there has been a replica - and it seems Bristol-based 'eyebrow queen' Siânnise Fudge, 25, is this year's offering - thanks to her svelte frame and dark tresses. 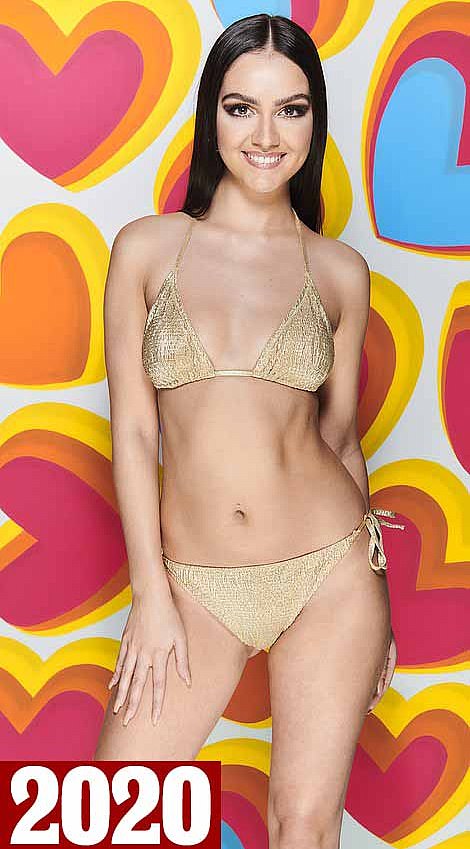 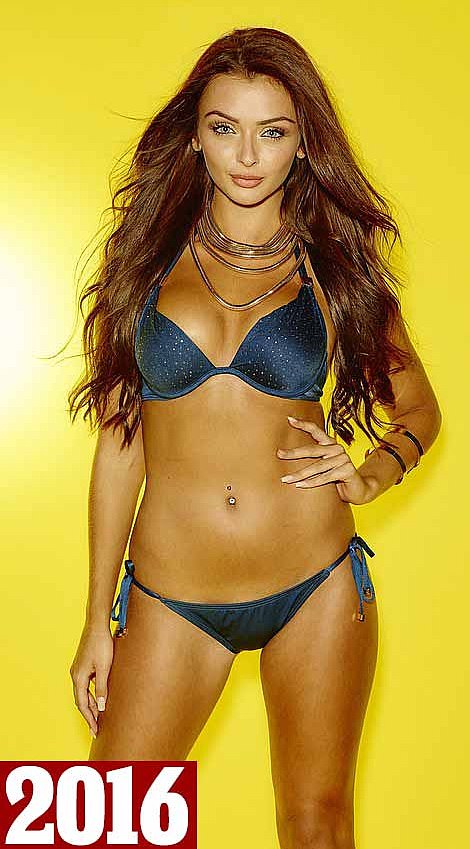 The Original: The name pocket rocket sprung from 2016 star Kady McDermott, who was said to have spawned the onslaught of lookalikes in subsequent years on the show - with Siannise being the latest to bare a striking resemblance 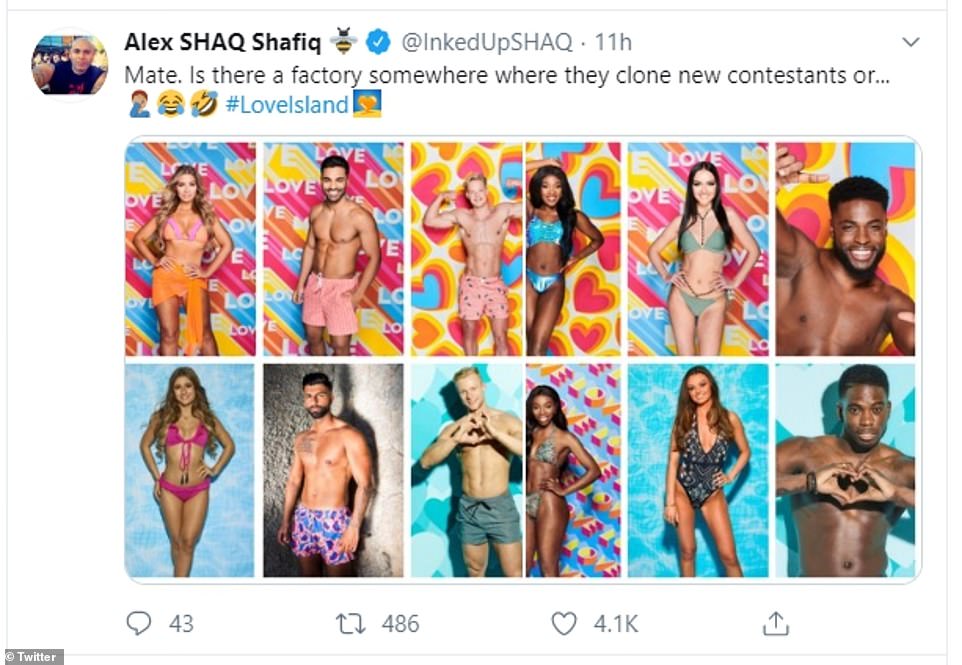 Who's who? Fans soon noted the similarities between both old and